You are here: Home / Apple TV / Airplay 2 is Coming to a TV Near You, Here’s What it All Means

CES 2019 has wrapped up in Las Vegas, and this year there have been a few surprises from Apple. The tech company generally sits on the sidelines during North America’s most prominent electronic show. And while Apple was not technically in attendance, the company has much more of a presence this year. It started with a clever poke at Google and Facebook in the form of a billboard, and now Apple and a number of TV makers have released an enormous AirPlay 2 announcement.

Apple’s proprietary technology will be coming to Smart TVs from all the major players including Samsung, LG, Sony, and Vizio. While LG and Sony have only announced support for upcoming models, Samsung and Vizio will be integrating support in models from the past few years. Apple has posted a list of TVs which will get AirPlay 2 support and I’m sure this list will continue to grow, so keep checking back.

What does this actually mean?

AirPlay 2 is the newest version of Apple’s wireless technology which allows you to beam all sorts of media to compatible devices. AirPlay 2 features some excellent improvements over the first iteration like playing audio on multiple devices.

When it comes to smart TVs, Apple says you will be able to beam photos, videos, and music directly to the TV. If you have ever owned an AppleTV, the experience will be similar. You will be able to AirPlay any photos from vacation, movies you’ve rented on iTunes and all your Apple Music playlists directly to your TV. 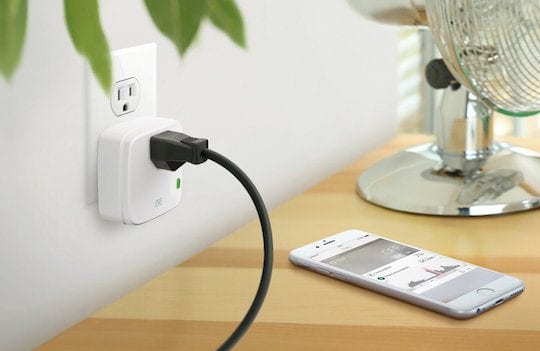 Since AirPlay 2 requires HomeKit, all smart TV sets compatible with AirPlay will also feature HomeKit support. The integration will allow you to use Siri to control aspects of your TV. For example, you will be able to direct Siri on your iPhone to play the latest episode of a show on your Living Room TV. The same goes with asking Siri to play a song from Apple Music on your TV.

What does this do to the AppleTV?

This announcement comes as a bit of a shock. Apple is notorious for its closed garden approach when it comes to its software and services. However, it seems Apple has slowly begun to open its gates, and this announcement all but confirms that.

The reason seems to be the company’s recent focus on services. The AppleTV is no doubt a good revenue stream. But, with Apple’s own TV shows and service rumored to be coming this year, it’s in Apple’s best interest for consumer’s to be able to play that content on any screen.

While it is a departure from the Apple of the past, the decision to open up AirPlay to third-party TVs rather than its own $150 box may turn out to be a brilliant move.

Let us know your thoughts on AirPlay 2 coming to coming to smart TVs in the comments below.