You are here: Home / iPad / The New Apple Pencil 2, Here’s what you should know

Today was a rather busy and surprising one for Apple fans everywhere. While there were some products we knew were on the way (the iPad), others (MacBook Air/Mac Mini) were surprisingly announced.

The focus for today was all about the iPad, as it stole the show. In addition to introducing two new iPad models, Apple also announced a brand-new Apple Pencil.

For whatever reason, Apple won’t be calling this the Apple Pencil 2. But for the sake of this piece, that’s what we will be calling it.

What does the Apple Pencil 2 Do?

Well, if you’re going to ask what the new Apple Pencil does, you’ll have start by looking at the design. Gone is the cylindrical design, as there is now one edge which has been completely flattened.

The reason for this is due to the included magnet, which makes it easy to attach to the edge of the new iPad Pro. Now, you don’t have to worry about using the included charging dongle, or having the Pencil stick out of the charging port of your iPad to get some juice.

All about the gestures

While the actual writing aspect of the Apple Pencil 2.0 seems to be the same, there’s a big change in how you use this. First and foremost, you can tap your Pencil 2 and wake up your iPad.

From there, Apple has integrated two different “modes” or “functions” for when you’re using the Pencil 2. The first of which is writing mode, which will allow you to switch between using a pencil and an eraser.

There is also a new “drawing” mode, which will enable you to perform a myriad of tasks. The best part of this? Apple states that the Pencil 2 can be customized depending upon which app is being used.

Being able to do this is absolutely phenomenal, especially since you can customize everything on a per-app basis. Obviously, app developers will need to update things on their end so that everything works seamlessly.

Another way that these new gestures are about to become a major game-changer comes alongside the upcoming release of Photoshop. During the onstage demo, the “full” version of Photoshop was shown off on the new iPad Pro with Apple Pencil 2. 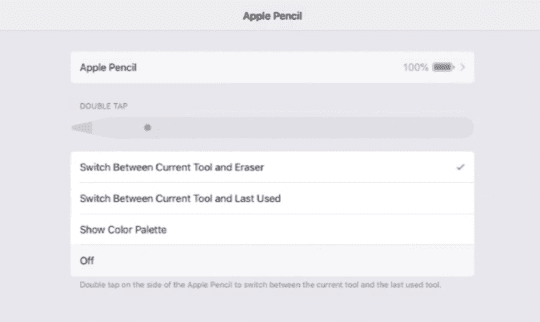 Throughout this demo, a double-tap gesture on the Pencil 2 was shown which allows users to zoom in or zoom out. This will provide more fine-grain control when editing projects on your new iPad Pro. We are also expecting to see app developers bring this new douple-tap gesture to more apps.

Here’s the big question that was on everyone’s minds: Is this compatible with my current iPad Pro? Unfortunately for owners of older iPad Pros, the answer is no. 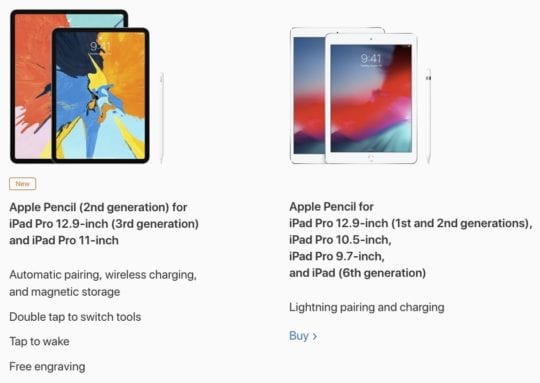 The original Apple Pencil was released at a price of $99. Those opting to pick up the new iPad Pro will need to spring for an extra few dollars as the Apple Pencil 2 is priced at $129.

Additionally, now that there is a flat-side on the Pencil, Apple is offering engraving options. This means you can personalize your new iPad and Apple Pencil, if you choose to do so.

It is however important to remember that if you ever plan on re-selling the iPad with the Pencil, the personal engraving feature  may not be a good thing.

If you are looking for an all-in-one power computer which can take everything thrown at it, the iPad Pro is incredible. The incremental and major changes and updates to the iPad Pro and Apple Pencil 2 are enough to make me want to empty my bank account to get one.

The real question remaining comes into how useful these changes will actually be. The iPad Pro and Apple Pencil 2 won’t be launching until November 7th, so we’ll have to wait and see what’s to come.

Plus, app developers will need to get on board so that we can really have the best experience possible. But Apple is pretty good about getting everyone to sing the same tune.

Let us know what you think about the iPad Pro and new Apple Pencil 2. Is this an insta-purchase? Or are you going to wait for the reviews to roll-out before picking one up.