You are here: Home / iPhone / Can’t access Control Center from Lock screen or within apps? Here’s how to fix it

The Control Center in iOS has always been a handy place for quickly accessing certain features or platforms. But it became even more useful in iOS 11 — since Apple gave the feature an overhaul.

iOS 11 introduced a new design and additional features to the platform, but it also made Control Center fully customizable. Users can add, remove and otherwise tweak the features that are available in Control Center to their heart’s content.

How to Fix Control Center that Won’t Appear

Note: For any iPhone with a Home button, you’ll swipe up from the bottom to access Control Center. On the iPhone X, you swipe down from the upper-right corner of the sensor housing.

If you find that you can’t access Control Center, there might be a couple things at play. Thankfully, it’s usually a simple toggle within Settings that’s the culprit. That means that it’s a really easy fix. 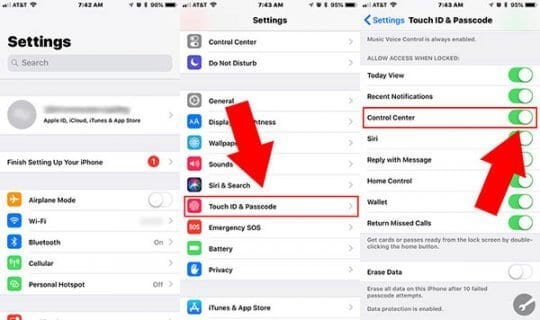 If Control Center works fine on unlocked devices but fails to appear on a Lock screen, it’s probably set to disallow access when a device is locked.

Control Center is typically disabled on the Lock screen by default. But it might have gotten disabled inadvertently. Either way, here’s how to fix it. 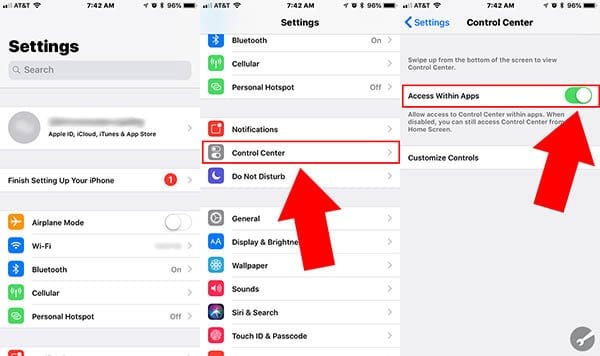 On the other hand, if Control Center works fine on the Lock and Home screens but isn’t accessible within an app, there’s another probably another setting at play.

This is usually enabled by default, unlike “Allow Access When Locked.” But, again, it might have gotten switched off by accident.

Now that you can access Control Center, it’s worth learning a few more tips about the post-iOS 11 feature. It’s pretty easy to use, but keeping these in mind will let you get the most out of it.