You are here: Home / Q & A / Does Apple Really Care About Privacy? Breaking Down Apple’s Strict Policies

These are the first words at the top of Apple’s privacy page, and they’re words that CEO Tim Cook has recited on many occasions.

As the general public rapidly becomes more and more tech-savvy, many have woken up to the importance of privacy (and a serious lack thereof) when it comes to the way tech companies use their data. This is something that Apple has been ahead of the curve on, calling for stricter privacy standards as far back as 2014.

However, this stance only means something if it’s strongly supported. In this article, we’ll look at how serious Apple is when it comes to privacy, what measures it takes, and which it doesn’t.

In a world where many tech companies, particularly Facebook and Google, seem to be less than concerned about data privacy, it’s important to ask whether Apple holds these privacy values to heart, and if so, why?

There are several angles to look at this from. Apple certainly makes an effort to be as pro-user as possible, so its privacy stance could be a reflection of its pro-user values. And, like any company, Apple is made up of human beings such as you and me. So it could also be that Apple is simply a Good Samaritan, doing its part to protect the people’s privacy.

As true as these things may be, it’s important to view this from a business angle, as Apple is, after all, a business. And every business, for all its values and missions and statements, has one underlying goal: To make money. It’s rare for a company to invest in something that doesn’t make money directly or indirectly, which leads us to the assumption that in one way or another, Apple is profiting off of privacy.

There are a few ways Apple profits off of its privacy stance. First, there’s the obvious publicity involved. By being the privacy-centric tech company in an era where privacy is becoming increasingly talked about, Apple is putting itself in a profitable position. There’s more to it, though.

Companies like Google and Facebook, on the other hand, offer a plethora of free or low-cost services that make money from advertising. And in the 21st Century, advertising is based on data. This is why you get ads relevant to your interests, activity, and location. By collecting data, Google and Facebook can improve the effectiveness of their advertising, which allows them to charge higher rates for their ads.

And so it’s here where we come to the “business-y” side of Apple’s privacy stance. First, there isn’t a monetary advantage for Apple to ignore privacy, as selling ads and data are not a part of its business model. Second, fighting for stricter privacy laws and embracing strict privacy policies directly hurts Apple’s competitors, which is a massive advantage for Apple.

Maybe, but what exactly does that mean? At the end of the day, Apple is a business, and so I’m not sure that “it” cares about anything other than generating revenue. However, if privacy generates revenue, then you can rest assured that Apple will fight for privacy until the end of time – or at least until it stops being profitable.

So long as privacy is financially advantageous for Apple, you can reasonably trust them to honor your privacy.

How does Apple use your data?

While Apple may be serious about protecting its users’ data, it isn’t exempt from using that data. Apple collects far less data on its users than many of its competitors, but there are a few things that Apple deems worth the collection of user information.

The majority of these reasons revolve around Siri and machine learning. To make Siri more personalized, to sort through and organize your photos, to provide smart suggestions in Safari, your phone has to gather data on you.

The next major reason that Apple collects data on its users is, of course, for advertising. There are ads within apps on iOS and iPadOS, and to make those ads relevant, Apple needs to collect data from you.

What separates Apple from other companies is how it uses and stores this data. For most tech companies, the process looks like this: They collect data on you through the various products, apps, and websites you use and turn that data into a profile of you. That profile is then used internally, sold to other companies, and used to target advertising toward you.

Apple, on the other hand, uses a slightly different approach. Rather than collecting and storing that data in a profile that’s tied to you, it’s attached to an anonymous profile. That means they can target ads to John Smith without knowing that those ads are being targeted to John Smith.

Additionally, Apple doesn’t upload any of this data to its servers; all of the data they track is stored on your iPhone. The only way for anyone to access your collected data is to hack into your iPhone itself, and it’s hard to imagine that Oreo would go through that much trouble just to convince you to buy its cookies.

Limiting the amount of data it collects and keeping that data anonymous are just two of the many privacy measures that Apple has implemented. Just about every service and feature that Apple offers has some focus on privacy, creating a secure, private ecosystem for Apple users.

Below are three other ways that Apple implements strong privacy policies (you can read more about this here).

Anyone who’s used the internet has had the experience of viewing a product on one website and then immediately seeing ads for it on a completely different website. This is accomplished through online tracking, such as cookies, which are little bits of data that websites collect from you as you navigate the internet.

Most browsers allow you to block cookies altogether, but doing so adds several inconveniences to using the internet. For instance, websites won’t remember when you last logged in or what language you speak, and they might take longer to load.

To help you get the good and avoid the bad of internet tracking, Safari uses intelligent tracking prevention to decide when to block cookies and when not to. Safari also blocks certain web elements, like social widgets, from collecting data on you. 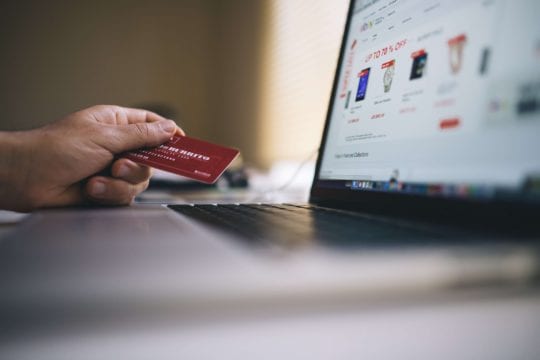 Sign in with Apple covers up your digital trail

Sign in with Apple, on the other hand, does just the opposite. It makes it much easier to create an anonymous account with apps and websites by disguising your email. This makes it more difficult to link your online accounts to one another.

The iCloud Loophole: A chink in Apple’s armor

Throughout this article, we’ve made the case that while Apple may not be a saint, it does have tangible motivations to protect your privacy and it has the features to back those motivations up. But there is one major shortcoming of Apple’s privacy policy, and it’s known as the iCloud Loophole.

As much as that may sound like a conspiracy theory, it’s a legitimate and publicly acknowledged shortcoming of Apple’s privacy stance. The “loophole” is that data stored on your Apple devices is secure and anonymous, while anything stored in iCloud is not.

That means photos, music, emails, texts, iMessages, books, movies, reminders, notes, Keychain passwords, iCloud backups, and everything stored in iCloud Drive is easily accessible to Apple. All Apple has to do is decrypt your iCloud data using a key that it already has.

Even if you only use iCloud to back up your iPhone, that’s enough for Apple to more or less view a complete clone of your iPhone. Now, Apple doesn’t sell this data to anyone; it’s primarily used when the government issues a legal demand to Apple for data from an Apple user.

Apple has a pretty solid track record of protecting iCloud data, so the vast majority of users will never have their privacy infringed upon, but as long as the iCloud Loophole exists, the possibility is there.

For the average consumer, purchasing an iPhone or Mac over an Android or PC will provide you with better privacy features than not. However, this is only one step in keeping your data private, and it’s a pretty small step at that. There are tons of features and services that you can invest in (many of which are free) that will minimize your digital footprint and keep your privacy as intact as possible. We will be going over many of these services and steps in upcoming articles, so stay tuned!