You are here: Home / iPad / Everything You Need To Know About The 2022 iPad Pro

About a month ago, Apple unveiled the brand new 2022 iPad Pro. Today, we’re going to be looking at everything you need to know about this device, from what makes it unique to whether or not it’s the right time to upgrade. That way, you can decide whether or not to grab it this holiday season.

First, let’s cover what the new 2022 iPad Pro is. After all, many of you might be new to the iPad Pro or simply have missed the latest announcement.

For those that don’t know, the iPad Pro is very similar to a standard iPad and iPad Air. What sets it apart is its large size (it’s a few inches bigger than the standard iPad, about the same size as a small laptop), powerful performance, and excellent camera system.

To be clear, the iPad Pro is not a device for the average user. If you want an iPad, the iPad or iPad Air is almost always a better bet. The iPad Pro costs about as much as a laptop, so it’s generally only recommended for professionals and hobbyists that need the extra power it has to offer.

If you’re a graphic designer, video editor, or someone looking to replace their computer with an iPad, however, then the 2022 iPad Pro might be the device for you. 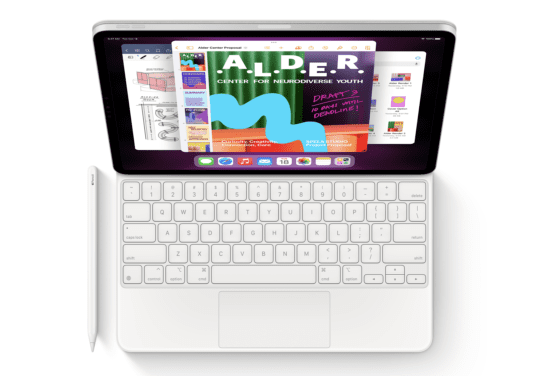 Alright, so now that you have an idea of what the iPad Pro is, let’s talk about what makes this new 2022 iPad Pro unique. Like many of Apple’s product updates this year, there haven’t been too many major improvements to the iPad Pro. It’s a pretty minor update, but there are still some points worth discussing.

Powered by the M2 chip for the first time

The first and most obvious improvement to the 2022 iPad Pro is the fact that it is now shipping with the M2 chip. For those not in the loop, the M-Series chips are a line of processors that Apple launched in 2020. These chips were meant to replace the Intel processors that Apple had been using for several years.

To everyone’s excitement, these M-Series chips have been top performers. Every single one has broken records and surpassed expectations. So having one of these chips in the iPad, which normally has an A-Series chip like the iPhone, is a massive improvement for performance.

The M2 is the latest chip from Apple, and as such, it’s the one with the best performance. So if you decide to grab the 2022 iPad Pro, know that you’re going to get unmatched performance. These devices will last you several years before showing their age, and you’ll probably have a hard time getting them to lag or perform slowly.

Video recording and editing performance has been vastly improved

If you’re someone who shoots and edits a lot of video footage, then you’re going to really like the 2022 iPad Pro. That’s because Apple has made a big effort to make this device better at everything related to video editing and recording.

First, you can now capture ProRes video on the iPad Pro. ProRes is a video format created by Apple that is intended to be “visually lossless”. That means that, while the video is compressed for storage space, the compression is meant to remove as little video quality as possible. 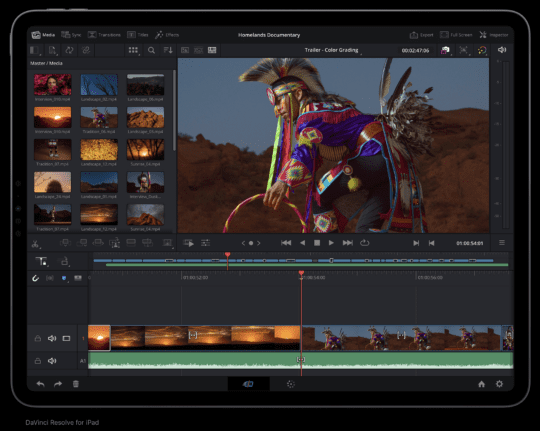 This is a pretty large format and one that will allow videographers to capture much better video quality on their iPad. Paired with the great video cameras that are already present on the iPad Pro (these are the same as the previous iPad Pro generation), will empower users to shoot and edit video better than ever before.

Another new feature that has been added to the 2022 iPad Pro is Apple Pencil Hover. This is a first for Apple, though graphic designers have likely experienced a similar feature on other devices.

Hover is exactly what it sounds like. Whenever you hover your Apple Pencil over the new iPad Pro, you’ll see a little marker on the screen indicating where your Apple Pencil is about to touch. This is used to help you make sure that each mark you make is where you intended to make it.

To be clear, that’s all that this feature does. Unlike other graphic design tablets, which allow you to interact with your tablet while hovering, the iPad’s Hover feature is just a new visual cue. Also, it’s important to note that you have to be holding the Apple Pencil within 12mm of the screen, so you have to have the Pencil very close to the iPad Pro for the visual cue to appear.

Lastly, the new 2022 iPad Pro features improved WiFi and Bluetooth performance. This is something that the new Apple Watch Series 8 shipped with as well, so this isn’t the first Apple device to get these latest WiFi and Bluetooth specs.

The 2022 iPad Pro ships with WiFi 6E (versus the previous generation’s WiFi 6), which provides 2.4 Gbps performance over the previous 1.2 Gbps. The Bluetooth connectivity has been upgraded from 5.0 to 5.3, which is a minor quality of life improvement.

And that’s it! Those are all of the new things to consider when looking at the 2022 iPad Pro. As mentioned, most of these changes are pretty minor, aside from the M2 chip and the addition of the ProRes video format.

That said there are still plenty of reasons to consider grabbing the iPad Pro over a new laptop or for those considering upgrading from a different device. Here are some of the features that make the iPad Pro an excellent device for a variety of users.

An incredible display that comes in two sizes

First, the 2022 iPad Pro still has an incredible display that comes in two great sizes. It’s one of the best screens on any Apple device, a Liquid Retina XDR display with ProMotion technology and True Tone. ProMotion makes this device smooth and slick to use. And True Tone matches the screen’s color profile to your environment. So if you’re in an environment with warm lighting, the iPad’s screen will look warmer to match.

Not to mention that this great display comes in two sizes. You can grab the 11″ iPad Pro or the 12.9″ iPad Pro. As mentioned, the 12.9″ option is similar to the size of a laptop, making it a solid choice for someone who wants a massive, if cumbersome, tablet screen to work off of.

The 11″, on the other hand, is much more reasonable and is the right choice for most users. And best of all, Apple hasn’t locked any features behind the 12.9″‘s higher price tag, so you’ll still have access to all of the same great features regardless of which size you choose. 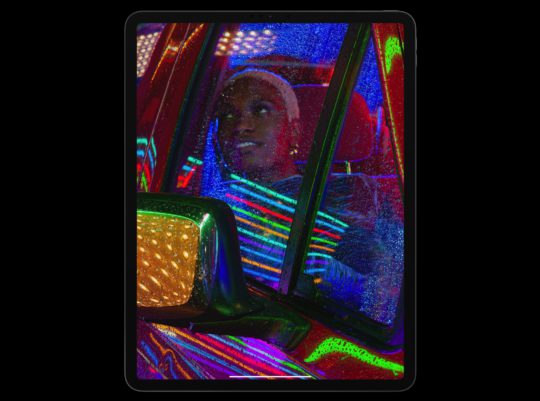 Unmatched performance in a tablet

Another perk you get when you invest in the 2022 iPad Pro is that it brings unmatched performance to the table. Seriously, no other tablet on the market even comes close to what the iPad Pro has to offer.

Thanks to this performance, you can use your iPad for almost anything. Video editing, graphic design, gaming, and even programming can all be done on an iPad Pro.

The only limitation holding your iPad usage back is the limitations built into the software. There are some things that are difficult or impossible to do on an iPad right now, but every year more and more of those barriers are falling away.

A viable computer replacement for many users

It’s this immense power and great multi-touch display that make the iPad a viable computer replacement for many users. The key word here is “many” rather than “all”. A lot of users can probably replace their computer with the 2022 iPad Pro, while a lot of users probably can’t.

The iPad Pro still isn’t great at a few things, like programming, file management, and compatibility with desktop apps and video games.

However, there are plenty of users who don’t really need these things from a computer. If you’re someone who mainly uses a computer for checking emails, searching the web, watching content, browsing social media, and doing your homework/hobbies, then an iPad Pro is probably a great purchase for your next computer.

Alright, so now you know everything there is to know about the 2022 iPad Pro. Now, the big question is whether or not it’s time to grab this device.

That said, the 2023 iPad Pro is, of course, right around the corner, and we’re already expecting big things from this iPad. The current iPad Pro is by all accounts a pretty minor update to the iPad Pro, while next year’s looks to be a bit more substantial.

So, before you upgrade, here are some reasons why you may want to wait until next year. To be clear, none of these features have been confirmed yet – these are just rumors and predictions.

One of the biggest changes that’s expected to hit next year’s iPad Pro is MagSafe charging. For those that don’t know, this is a feature that is already available on the current iPhone and Apple Watch.

MagSafe is a magnetic charger that sticks to the back of your device and starts instantly charging it. So far, this device hasn’t made its way to the iPad Pro. But we expect that this might change within the next year.

If it does, then you can expect the 2023 iPad Pro to have a plethora of new features and accessories to go along with it. It’ll also provide users with a more convenient way to charge their iPad Pro, which should come in handy for a lot of users.

Another major change that could be coming to the 2023 iPad Pro is a glass back. Similar to the iPhone, we’re expecting that the next iPad Pro might end up having a glass backside.

This could potentially be a drawback as the iPad is already a somewhat fragile device. Adding another large panel of glass to the iPad Pro will make it even more fragile, even if it looks a bit sleeker.

So, my advice is grab a case for your iPad, whether it has a glass back or not!

Lastly, there are rumors that the next iPad Pro might end up having a massive display. That means it’ll be even bigger than the 12.9″ display, somewhere closer to 14″ or 15″.

That would make it around the size of the MacBook Pro, which is another massive computing device. We don’t necessarily anticipate that this larger size will replace the current two sizes, but rather be tacked on as a third size option.

Just like the 12.9″ iPad Pro, this massive iPad will not be for the average user. It’ll be for someone who wants as much surface area as possible. Probably an illustrator or designer. And it’ll probably end up being a desktop device rather than something you bring with you on the go.

And that’s it! That’s everything you need to know before buying the 2022 iPad Pro. Overall, it’s a pretty solid device and the best tablet Apple has ever offered. It’s also pricey, oversized, and overpowered, so it’s not for everyone. And for those who want a more exciting update, it might be worth waiting until next year to make your iPad Pro purchase.