You are here: Home / How-to / How to Fix Your iPhone With Apple’s Self Service Repair Program

One of the biggest complaints when it comes to the world of iPhone of repair is that there has always been a lot of “grey area” to operate within. While there are certified Apple repair locations if you don’t have a physical Apple Store nearby, there really hasn’t been much in the way of verifying that Apple-sourced parts are being used.

This became even more of a problem after Apple began rendering some hardware features inoperable if an unauthorized part was being used. There’s also been quite a legal battle going with the “Right to Repair” movement. Apple has been the figurehead, as the company’s stance on self-repair has always been frustrating.

What Is Apple’s Self Service Repair Program 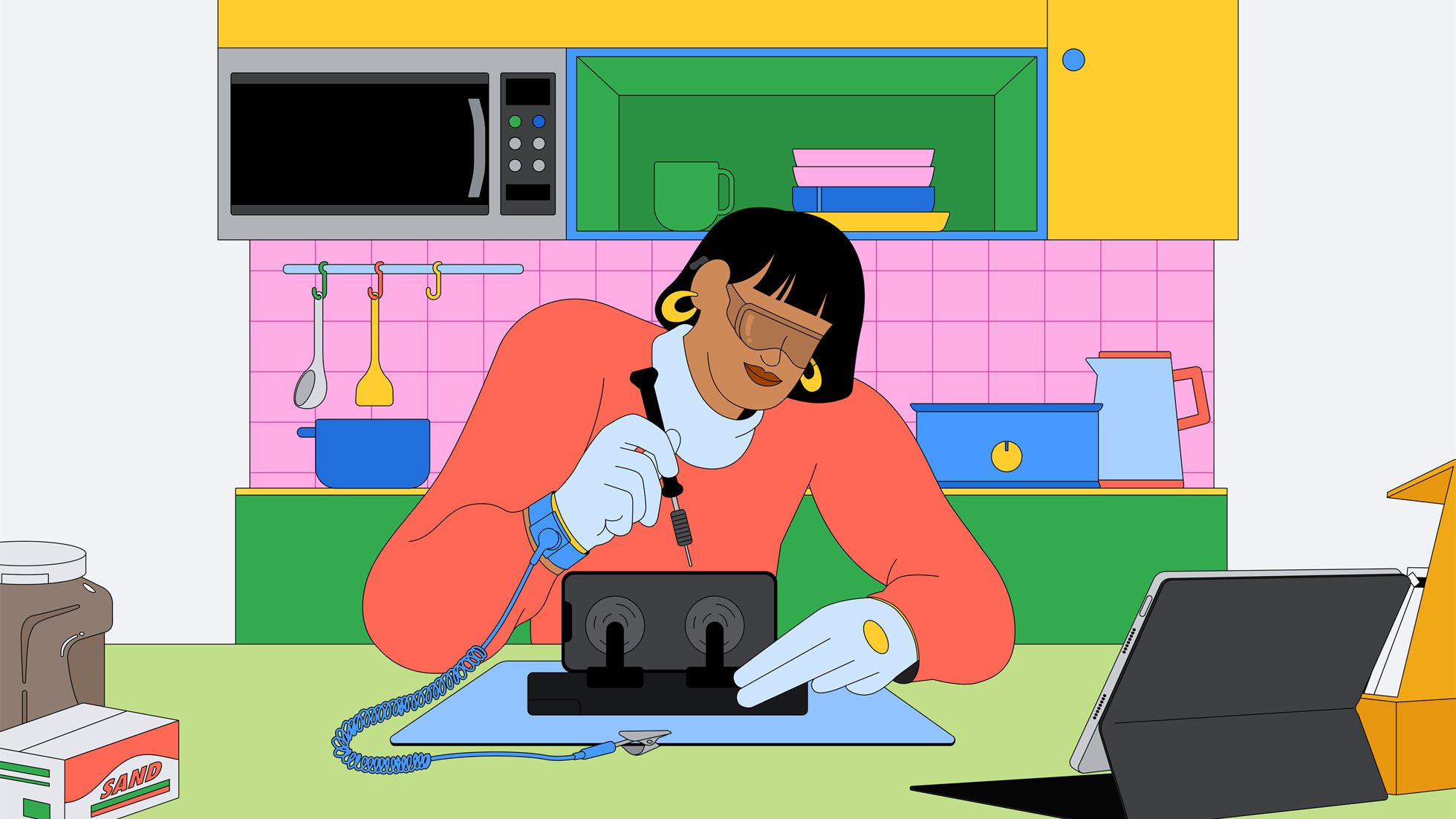 Late in 2021, Apple announced that it would be introducing its “Self Service Repair” program. In the announcement, the company stated that you would finally be able to fix your iPhone yourself, using Apple-sourced parts. This, paired with the 5,000 Apple Authorized Service Providers (AASPs) and 2,800 Independent Repair Providers aim to give everyone a chance to get their iPhone much easier than before.

Just when there were rumblings about whether Apple was just going to forget about the program altogether, the company recently made another announcement. This time, it was to formally announce that the program is now available. And today, we’re going to take you through the steps that you need to take if you need (or want) to fix your iPhone yourself.

How to Fix Your iPhone Yourself 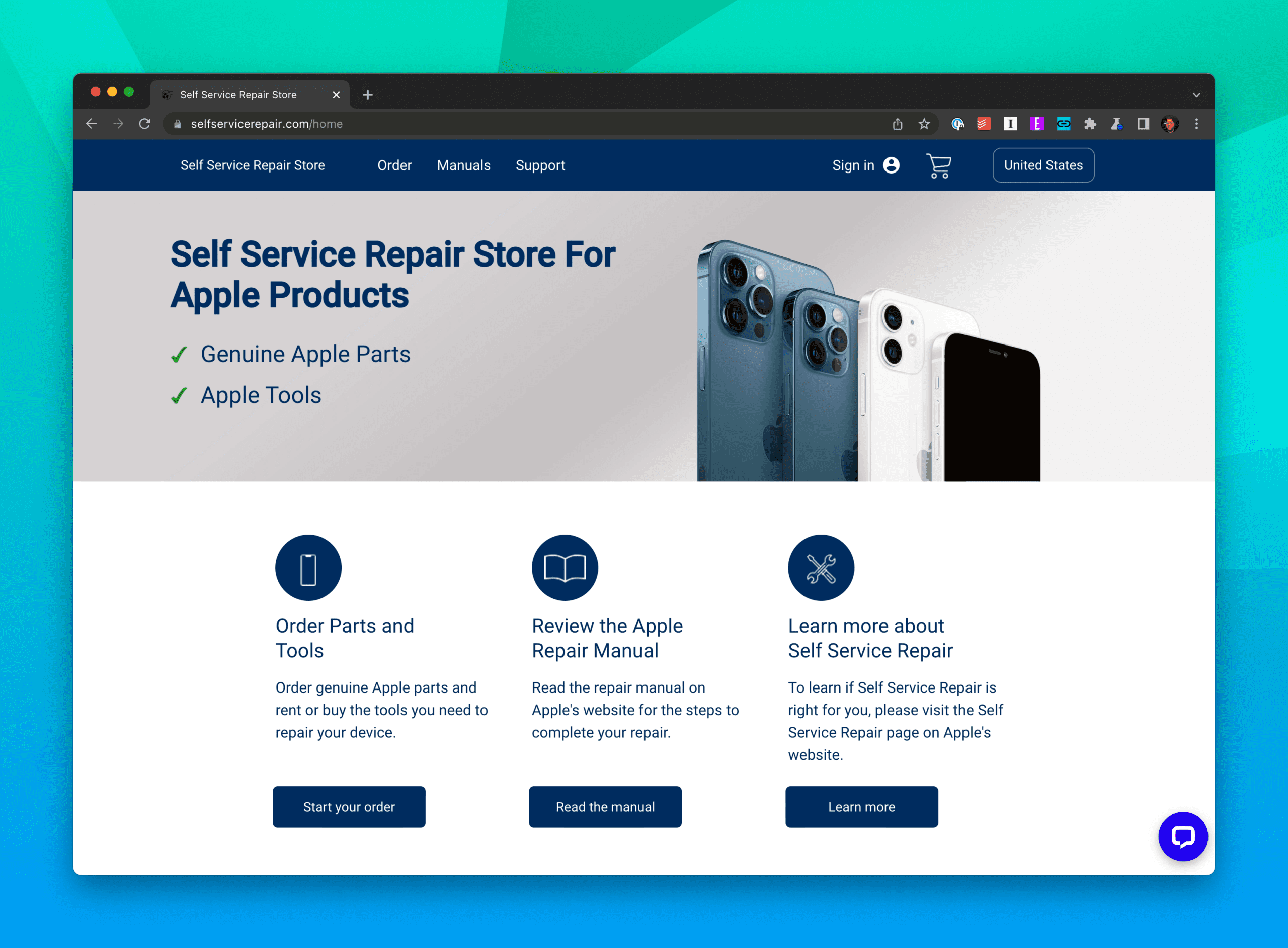 As you might have gathered, Apple’s new Self Service Repair program is limited to the iPhone for the time being. In the original announcement, Apple did confirm that Mac computers using the M1 chip would be included, but it seems that we’ll have to wait a bit longer.

Before you can get started, you’ll need to own one of the following iPhone models:

Provided that you have one of those models, you’ll be able to proceed.

Get Everything You Need

This might come as a surprise to some given Apple’s past history with repairs, but the company has truly streamlined the entire process. And when you’re ready to fix your iPhone, all it takes is to follow the steps on the website and then pick the right tools for the job. 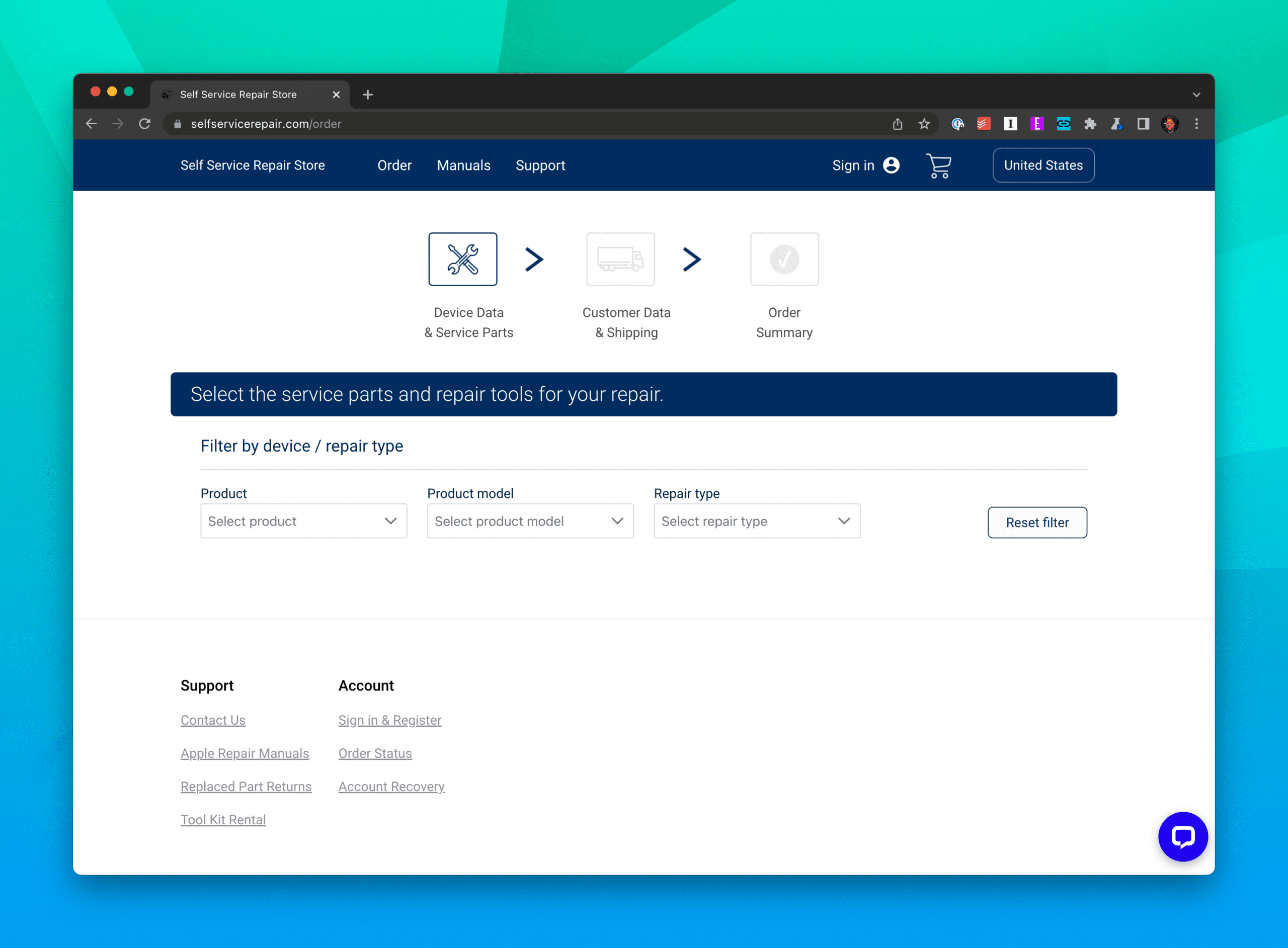 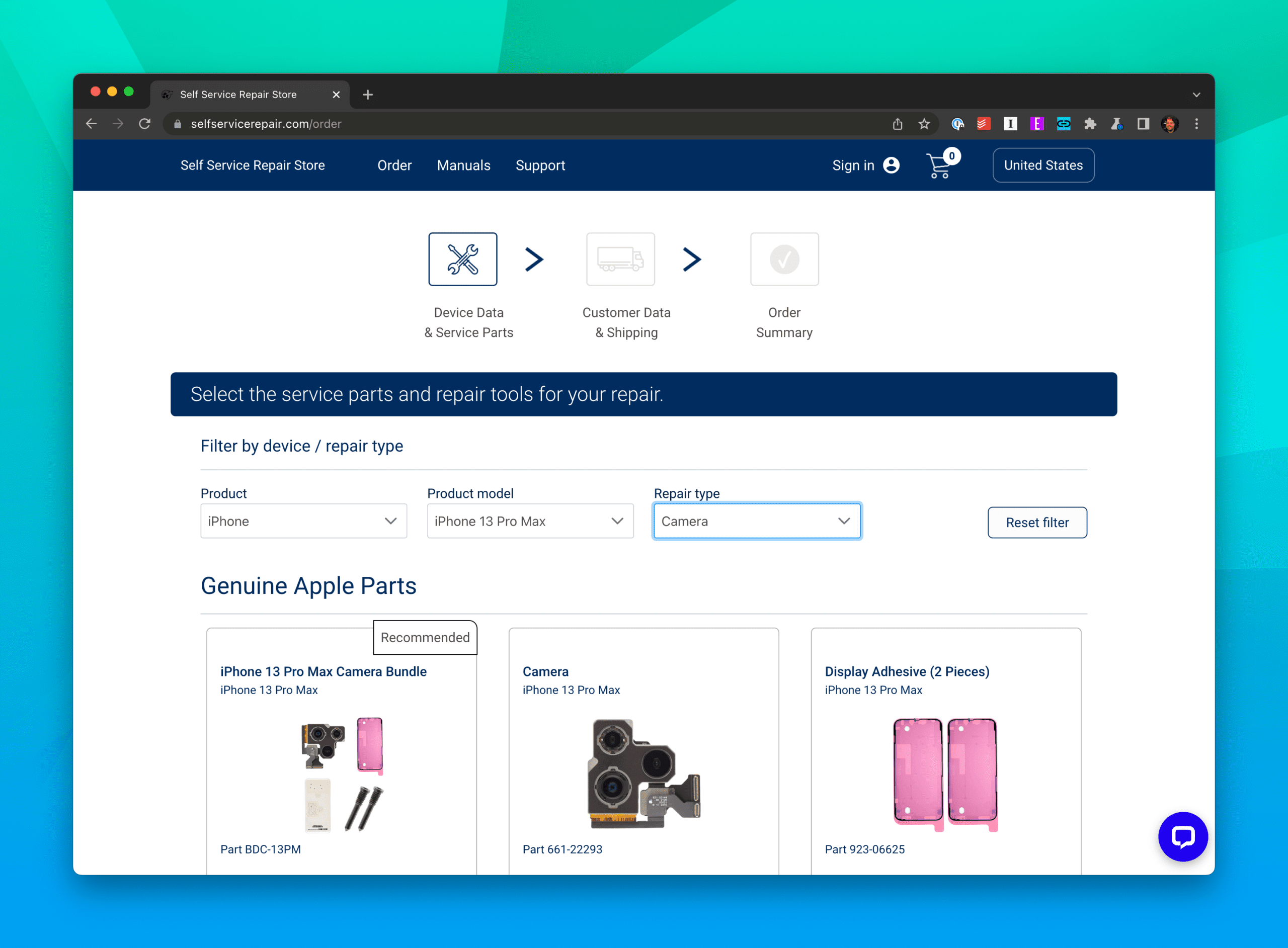 Once you have filtered the results, you’ll be presented with a few different sections. The first is the Genuine Apple Parts section, which gives you a breakdown of the different parts that you’ll need, along with the price, and an Add to cart button. Something that we’d like to point out here is that Apple is also offering money back through credits, provided that you follow the proper channels and return the old and broken parts that are being replaced.

The next section in the filtered list is called Apple Tools. As you would suspect, this gives you a list of the different tools that you’ll need to use in order to successfully fix your iPhone. But instead of needing to source out the different bits and bobs separately, Apple is offering an ultra-convenient Tool Kit that includes everything you’ll need. 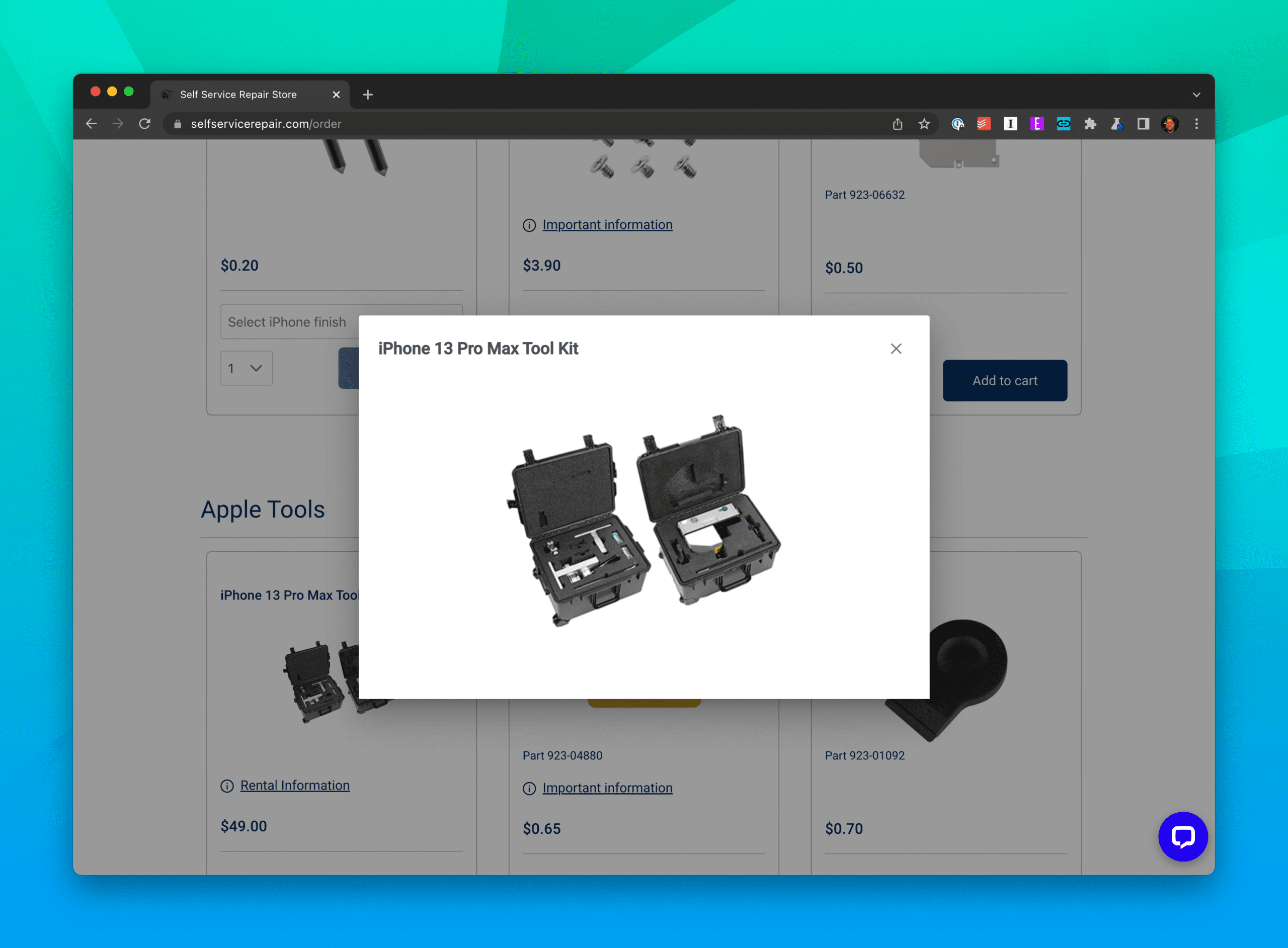 Unfortunately, it doesn’t seem as though Apple is offering the Tool Kit as a standalone purchase. But it is available as a 7-day rental, includes shipping, and is priced at just $49. Apple does state that it will “put a temporary authorization on your credit card to cover the full replacement value of the tools inside.” But that hold will be removed after the tool kit(s) are returned.

With all of the tools and parts at your disposal, you’ll then just need to follow Apple’s guide in order to complete the repair. Pack up all of the tools in the tool kit, package the unused or broken parts, and ship everything back. Then, the charge will be removed, and your iPhone will be back in working order.