There are tons of things your Mac can do besides office work. You can edit photos, make professional-grade movies, form a one-person band, and stream online entertainment. I have done all of these with my MacBook Air and have been more than pleased with the outcome. One thing, however, the MacBook (Air and Pro), iMac, or the Mac Mini, cannot do is play Blu-Ray discs. Well, at least not natively.

Luckily, for us movie lovers, there is an easy workaround. All you need to play Blu-Ray discs on your Mac is a third-party Blu-Ray player software and an external Blu-Ray drive.

(This applies to your beloved iMac that comes with a built-in optical drive. You’re set to listen to CDs or watch DVDs, but Apple passed on Blu-Ray technology, leaving you in the same Blu-Ray-less boat as the rest of us.)

In this article, I’ll share with you why Blu-Ray technology is different as well as highlight a few software and hardware offerings that are popular right now.

If you simply want to know how what to buy and where so you can get to watching your Blu Ray today, head on down to the HOW TO PLAY BLU-RAYS ON YOUR MAC section and go from there.

Blu-Ray vs. DVD—What’s the diff?

Technology is a living entity. Every day it changes and grows. To watch movies at home, back in my youth, we’d make a family trip to the local video store, check out a VHS player housed snugly in a giant briefcase, and argue over whether we’d rent Wargames or Return of the Jedi VHS tapes.

DVD, or digital versatile disc, came onto the scene in the mid-nineties and in less than a decade made new VHS technology obsolete.

However, even with the later HiDef DVD tech, DVDs didn’t have much time being the king of the hill. Around 2008 Blu-Ray technology snuck through the back door through Sony’s PlayStation and didn’t stop until DVD had to scootch over and share the hilltop real estate.

The main difference, then and now, between the two is quality. Blu-rays can hold up to 50GB of data, compared to the up to 8.7GB offered by DVDs. This allows for higher resolution and better sound. Basically—an around better movie experience.

Nerd fun fact: DVDs use a red laser technology to read their optical disks at a wavelength of 650 nm. Blu Rays operate on a shorter wavelength of 405 nm which allows them to read the optical information more accurately. Their lasers are blue, hence the name Blu-Ray.

Even now, with streaming technology that allows us to watch HiDef 4K films on our phones, it’s hard to beat the picture and sound quality of a 4K Blu-Ray disk (though there are pros and cons to both.)

How to Play Blu-Rays on Your Mac

As I mentioned above, you can’t watch a Blu-Ray disc on any of your beloved Mac products out of the box. Apple simply didn’t equip them with that technology. (Probably because Apple has its eyes set on the streaming world rather than physical entertainment options.)

But no fear, the way to watch a Blu Ray on your Mac is near. With two painless steps, you’ll be watching your favorite Blu-Ray movies on your favorite devices.

The big question now is, which ones?

A quick online search will bring up a plethora of choices here. There are some free options, but I’d consider those with a warning. Most, if not all, of these free software options lack the tool that can provide the best movie-watching experience. I’m all for finding free stuff, but if you’re looking for the best way to get a high-quality, immersive entertainment experience, you might consider purchasing the software instead.

If you are set on getting free software, there’s no judgment here at all. THIS ARTICLE  and THIS ARTICLE highlight a handful of free Blu-Ray software options for Mac and Windows PC.

But, if you’re willing to fork out a bit of cash, below are a few options to consider:

THIS ARTICLE reviewing the top 12 best Blu Ray player software is a great place to start. It gives you a mix of software ranging from free to $70.

A few other options to consider are:

Things to look for:

Along with the software that equips your Mac internally to play Blu-Rays, you’ll need an external drive that can actually play the Blu-ray. Note: The Apple USB SuperDrive does not play Blu-Rays.

A few popular options on Amazon with customer ratings around 70% and higher (not in any particular order) are: 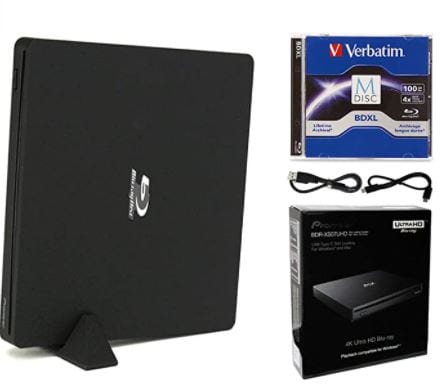 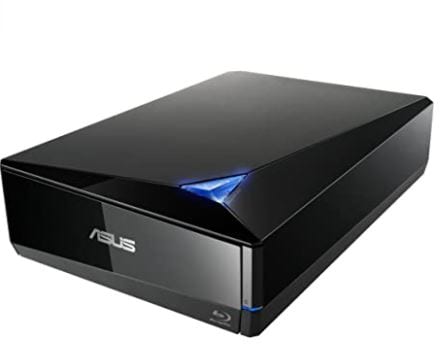 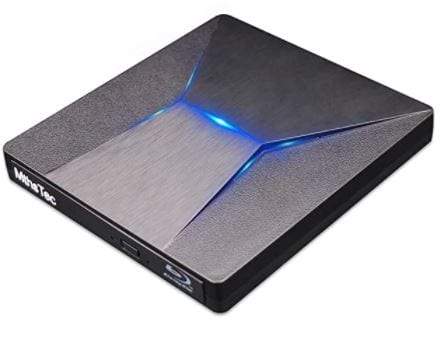 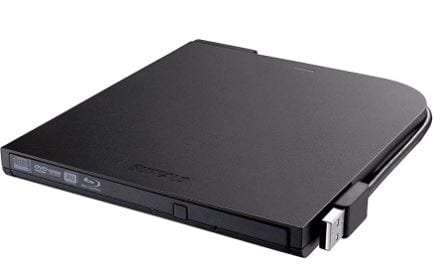 There are other soft and hardware options to be found beyond the ones I’ve suggested here. As you look around, a few things to look for are Mac compatibility, customer reviews, and compatibility with the software and hardware.

With Apple’s ever-growing need to stay relevant, we can hope that native Blu-Ray capabilities are in the near Mac future. But until then, the two-step process of downloading software and plugging in an external hard drive is our only option. Luckily, it’s a fairly easy one.

Good luck and pass the popcorn!

**It must be noted that these are recommended from personal research, not personal use.