Today, we’re going to be talking about something that has been on every Apple fan’s mind for a few years now. That’s the USB C iPhone.

For a long time, this device has felt like a pipe dream, one that Apple has shown very little interest in while simultaneously dancing around this update every year.

In this post, we’re going to be looking at whether or not the USB C iPhone is ever going to hit the market, and if so, when? We’ll also be taking a look at why you haven’t seen this device yet.

First, though, let’s cover what we’re talking about when we say “USB C iPhone”. Most of our AppleToolBox readers are probably aware of what USB C is, but here’s a quick explanation for those who aren’t.

The little port on the bottom of your iPhone, the one where your charging cable plugs into, is its charging port. Currently, that port supports Lightning connectivity, which is the tiny little plug/connector that only Apple products use.

Meanwhile, USB C is a standardized plug/connector (I’m just going to say “connector” from now on, but you can assume that they mean the same thing). USB C is standardized because a tech organization (Universal Serial Bus (USB) Implementers Forum) created it. It wasn’t designed by Google or Apple, it is an open-source design created by a non-profit organization. 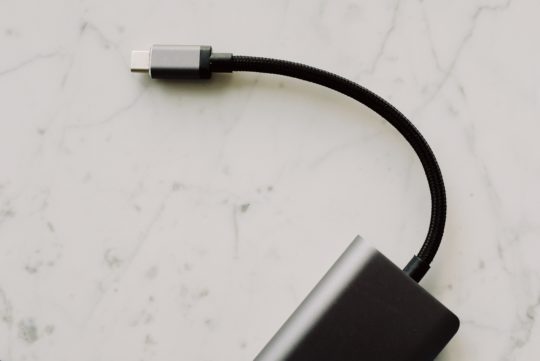 That means that anyone can create a USB C product. So unlike Lightning cables, which can only be used with Apple devices, USB C can be used with all devices.

What makes USB C so great, though, is that it can do virtually anything. It can charge devices, transmit data, send video and audio, and more. It’s the connector to replace all other connectors, so that you won’t need a houseful of random cables and connectors. You’ll just need a few USB C cables and that’s it.

So, the USB C iPhone is a hypothetical iPhone that will support USB C. It doesn’t exist yet, but I and lots of other Apple users have been waiting for it for a long time.

Reasons to expect a USB C iPhone in the near future

The good news is that the wait for a USB C iPhone is (probably) near its end. We have a few good reasons to suspect this, so let’s go ahead and dive into those reasons right now.

International regulations are shaping the future of iPhone

First, international regulators are beginning to demand standardized features across smartphones. Namely, the EU is pushing for these regulations. And the good news is that many of these regulations are in the best interest of the average consumer.

One of these regulations that recently passed and will soon take effect is a rule making USB C the standard charging port in Europe. That means that devices will be required to adopt this port/connector in order to be sold in the EU.

This applies to any company looking to sell electronic devices in the EU, including Apple. In fact, Apple has confirmed that it is going to abide by this regulation rather than challenge it. That leaves Apple with a few options:

These regulations will take effect at the end of 2024, so Apple basically has two years to choose one of these four decisions. And I don’t about you, but a manufacturing a USB C iPhone certainly seems like the most reasonable option on this list.

Another reason to expect the USB C iPhone in short order is that Apple has already started adopting USB C tech for a while now. Since 2016, Apple has been launching Macs that exclusively use USB C ports (both of my Macs only support USB C). And even the iPad and a handful of Apple accessories support USB C now.

So, with this in mind, it’s not much of a stretch to assume that a USB C iPhone is not too far away. At the very least, Apple teams behind the scenes have considered it and are likely considering it more now than ever before.

In short, Apple clearly doesn’t have a vendetta against USB C, so it’s not off the table by any means. 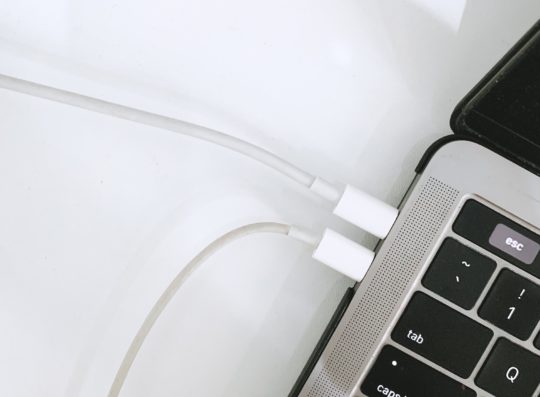 USB C is already the gold standard in connectivity

The last reason to expect a USB C iPhone sometime soon is that USB C has rapidly become the gold standard. And there are a lot of great reasons for this.

As mentioned, USB C can basically do everything. You probably don’t have any consumer-level cables in your home that can’t be replaced with a USB C cable. The HDMI cables that bring video to your TV screen, the charging cords for your gaming console, the way you plug your mouse into your computer, even your iPad probably supports USB C at this point.

Not to mention that USB C is convenient. It’s reversible, so you don’t have to flip it any specific way to plug it in. And it’s really cheap to manufacture, so changing out the cables in your house really shouldn’t be that expensive.

Personally, I think there’s a good chance that USB C is going to be the last major cable upgrade. I could be getting ahead of myself a bit, but I wouldn’t be at all surprised if USB C sticks around until we start to move towards a completely wireless future. It doesn’t really need any perfecting in the meantime, so sticking with it would be immensely convenient for the average tech user.

Alright, so if USB C is so great, why don’t we have a USB C iPhone already? Surely Apple, a forward-thinking tech company, would have embraced it by now? Well, you would think! Unfortunately, there are a few reasons why Apple hasn’t completely moved onto the USB C connector. And the primary reason is the Lightning connector.

If you look at Apple’s devices in 2023, they basically all use one of two connectors. Lighting or USB C. So why is it that the Lightning port is still around after more than ten years?

The Lightning connector is better than you think

And while I do think that USB C is the right move for the iPhone, the Lightning connector is nearly as good if not better than USB C.

For one thing, Lightning is tiny. It takes up almost no space on your devices, allowing for more tech to be crammed on the inside of the device. USB C, on the other hand, is actually kind of bulky for a modern connector.

Also, Lightning can do pretty much everything that USB C can do. It support audio and video transmission, can charge devices and move data back and forth, and so on. It’s pretty multipurpose, which is why Apple was able to remove the headphone jack from iPhone in the first place. And heck, it’s even reversible like USB C. It does it all!

The only real problem with Lightning is that it’s exclusive to Apple. In fact, I think that there’s a good chance the industry would’ve adopted it over USB C had Apple made it open source. But that didn’t happen, so it’s impossible to know.

All you really need to know now is that while it’s annoying that Lightning is still around, its longevity is also pretty insane and commendable. 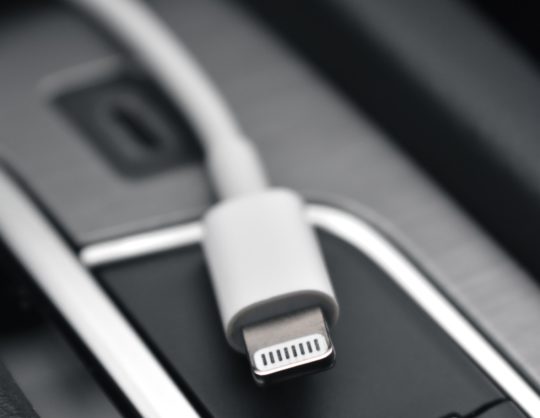 Lightning accessories bring in a lot of revenue

This reason is more of an opinion than a fact, so feel free to take it with a grain of salt.

I don’t know how much revenue Apple makes from Lightning accessories, but I imagine it’s a ton. Lightning accessories are almost an industry unto themselves, and that’s largely because the iPhone is so successful. If Apple only used Lightning on the iPad or AirPods, and the USB C iPhone already existed, you can safely assume that Lightning would face a swift death.

So, like any company would, Apple has kept Lightning around because it makes it more money that way. Cutting out Lightning would be cutting down a big source of revenue, and Apple has no reason to do this. Until recent regulations, of course, but we already touched on that.

If it ain’t broke…

And lastly, I suspect that the reason we don’t have a USB C iPhone yet is because Lightning simply works. It does! Really, as annoying as it may be to have a few extra adapters around your house, it doesn’t change that much.

It isn’t outdated, it doesn’t take up a lot of space, and if you’re a longtime Apple user, you already have several Lightning cables laying around the house.

So if it’s making Apple money and not imposing a major inconvenience on the customer, why not stick with it until forced to change?

Will Apple release a portless iPhone before a USB C iPhone?

Before closing out this article, I did want to cover the one thing that could ostensibly kill the possibility of a USB C iPhone. That’s wireless charging.

For those not aware, nearly every iPhone released in the last five years supports wireless charging. And with so many Bluetooth headphones available now and cloud syncing/storage, you technically don’t need a port on your iPhone at all.

In fact, as mentioned before, I personally believe that wireless is the future. I think we’ll eventually have all of our devices connecting to one another and charging wirelessly.

It’s no secret that Apple is in the game of making its devices as minimalistic as possible. The company has already removed popular ports in the past, even amidst some pretty severe criticism.

So it’s not much of a stretch to think that the iPhone will eventually ditch the Lightning port altogether, no USB C replacement needed. Apple has even invested a ton into developing MagSafe for iPhone.

Does that mean the portless iPhone will come out before the USB C iPhone? Honestly, no one outside of Apple knows for sure just yet. But I wouldn’t put it past the Big Fruit.

Keep an eye out for the USB C iPhone

And that’s it! That’s everything there is to know about the USB C iPhone. Hopefully, it comes sooner rather than later. I think it’ll not only be a big convenience to Apple users, but also spell some new innovations for the iPhone moving forward.