When some folks think about macOS, the first thought that comes to mind may be “closed-system.” However, this couldn’t further than the truth, as there are plenty of ways to break the walls of the system.

One such instance comes via the “launcher” that is already pre-installed on every macOS device. Spotlight allows you to search for various files, apps, documents quickly, and you can even perform web searches.

However, there are some limitations, which left us wondering if there are bigger and better options available. Luckily, there are some great alternatives, and we’re going to take a look at a few of the best. 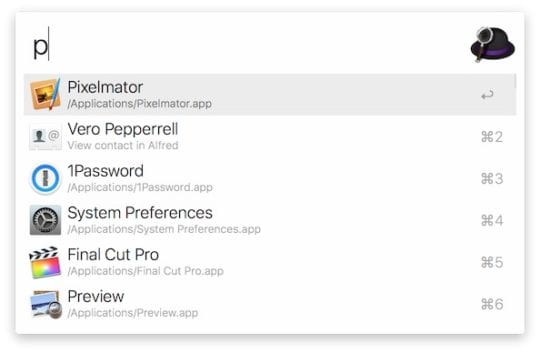 Alfred is a personal favorite of mine because it has been around for quite a long time. 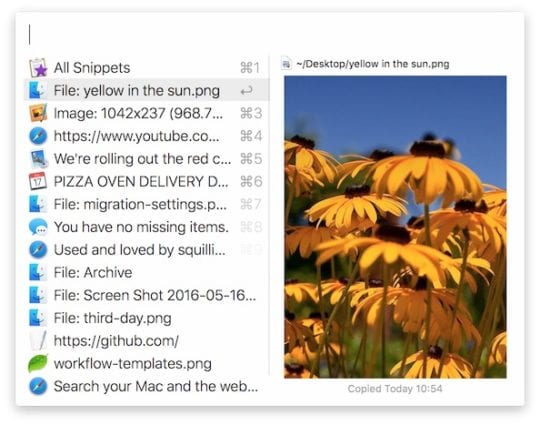 The app itself is free, but there is a Powerpack that you can purchase which unlocks even more potential.

Here’s a quick breakdown of what Alfred’s Powerpack can provide:

There are even some other commands that can be run via Alfred that allow you to activate your screensaver, put your Mac to sleep, and others.

Alfred is a great tool, and if you still want to keep the old Spotlight around, you can set a custom key-combo to activate Alfred, while leaving cmd-space for Spotlight. 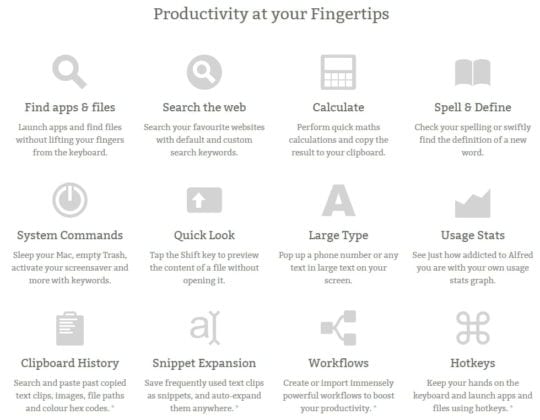 The possibilities of Alfred are truly endless, especially if you start diving into the different workflows. There are workflows for password generators, the ability to tweet directly from Alfred, and many, many more.

While Alfred is free to download, you’ll likely want to spring for the Powerpack.

This is priced at around $30 for a single user license for version 3. For about $50, you can get a Mega Supporter license, which guarantees free updates for life. 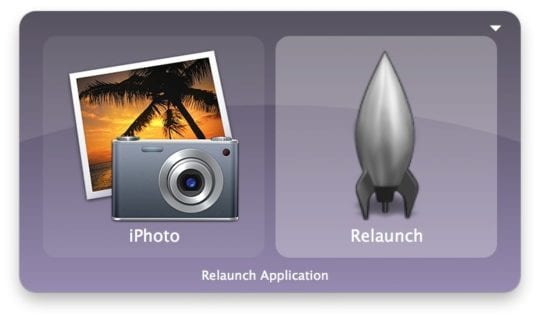 Unlike Alfred, QuickSilver has mostly kept the same design over the years.

It’s not nearly as robust as Alfred+Powerpack, but Quicksilver still has quite a few tricks up its sleeve.

One such example is that you can use various commands or shortcuts to open different applications. These can be set up and customized via the Preferences panel found within the Quicksilver application.

The real fun with Quicksilver comes via the different extension plug-ins and the overall community.

If you are trying this launcher out but need to figure out a specific workflow, chances are there is a plug-in already available for doing so.

Finally, Quicksilver also has a boatload of customizable options, making it possible to turn this basic launcher into a nerd’s paradise of commands.

However, there may be a bit of a learning curve if you are just getting started.

Unlike Alfred, Quicksilver is entirely free, and you won’t have to purchase any extras to unlock the full potential.

If Quicksilver is the basic, no-nonsense version of Spotlight, then Launchbar is the big fish in the small pond.

Launchbar has been around for longer than even Spotlight and is on version 6 in its history.

As is the case with all of the aforementioned options, the possibilities are endless of what you can do with this launcher.

You can manage files, search the web, manage events and reminders, and of course, launch applications.

Launchbar also includes a few extra features including the following:

Perhaps one of the most exciting features for creators is the included Info Browsing functionality.

This allows you to view the file size, color profile, image dimensions and more of whatever files you are looking at on your Mac. 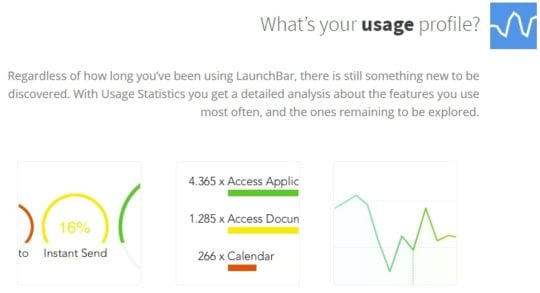 When it comes to being unique, Launchbar has something over the others – Usage Profile.

The more that you use this launcher, the more information will be stored for the purpose of showing you analytics of what you are using Launchbar for.

This can come in handy for those who like charts/graphs or need to track what you’re doing.

While there is a free version of Launchbar available, the company hopes that you spring for the licensed version.

The free version will periodically remind you to take a break, while the licensed version won’t care. This is priced at $29 for a single license, and $49 if you want to use Launchbar on up to 5 computers. 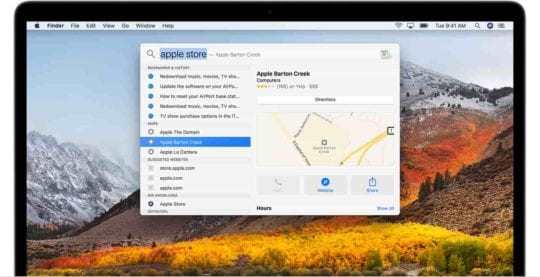 You may be thinking that it’s all fine and dandy that there are replacement launchers, but what about Apple’s option?

Spotlight is pretty bare bones compared to the alternatives, but that’s to be expected.

With Spotlight, users can easily search for things such as apps, documents, and more.

But did you know that you can look up other specific things such as sporting teams, the weather, and even stocks?

You can’t really add any extra plug-ins to enhance the features of Spotlight, but it’s a straightforward, no-nonsense option to get some stuff done.

Plus, it’s free and already built-into your Mac, meaning there is nothing else that you need to download.

If you’re serious about being productive and making the most out of your Mac, then you might want to check out some other launchers.

Our pick is Alfred, but Launchbar is also a great alternative.

Spotlight has come a long way since its inception, but we’re hoping to see Apple continue to expand on its functionality in the future.

If you have another app recommendation that you don’t see here, tell us about it in the comments below.