You are here: Home / iPhone / The Worst iPhone Shortcuts

You read that right – in this post, we’re going to be discussing terrible Shortcuts that, honestly, no one should be using. In this guide, you’ll see ideas like sending your friends the entire Bee Movie script line-by-line to making it impossible to close an app on your iPhone.

The point of these automations is to warn you about what not to do with the Shortcuts app as well as to give you some creative inspiration. After all, thinking outside the box can give you some interesting ideas!

Just bear in mind that we aren’t going to be covering step-by-step guides on how to do each of these. We’ll just give you the general idea of how they can work and leave the rest to you.

8 of the worst iPhone shortcuts

First up is the Shortcut that, in my opinion, is the worst of the worst iPhone Shortcuts. This is the only Shortcut we’ll be providing a link for – here you go. 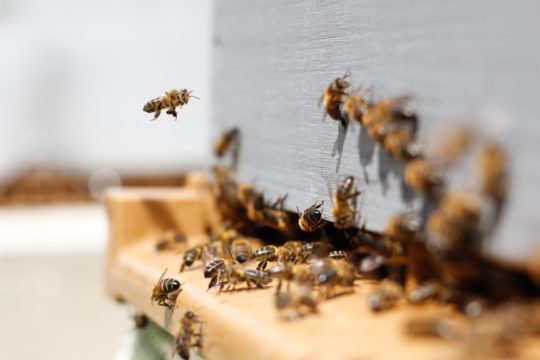 There’s absolutely no point to this one except to prank your friends. Make sure your iPhone is updated, download the Shortcut, and test it out! Also, note that it might break over time. I wouldn’t be surprised if Apple has caught wind of Shortcuts like this and takes steps to implement a safeguard against spamming people.

For now, though, it looks like this one is good to go!

2. Spam your friends with a barrage of texts

Similar to the previous one, this is another Shortcut designed around torturing your friends. Just create a Shortcut that sends a text message to a contact of your choosing. Then, put the Send Message action in a Repeat loop. And that’s it!

This one is so simple that anyone can quickly come up with their own creative uses for it. Kid not cleaning their room? Quitting your job? Brother bothering you? Or maybe it’s just April Fool’s Day?

Whatever the occasion, this is a simple and effective way to get under someone’s skin and annoy them. You can set this automation up to send the same thing every time you run it, or you can use variables to compose a custom message, send it to a unique contact, and run it for a number of times of your choosing.

3. Drain your iPhone’s battery as quickly as possible

One of the most prevalent Shortcuts is the battery saver. These are built to do a better job at preserving your iPhone’s battery than the built-in Low Power mode. They shut off certain functions and features to keep your iPhone battery alive as long as possible.

Well, why not build a Shortcut that does the opposite? Yep, the next item on our list of the worst iPhone Shortcuts is designed to kill your iPhone as quickly as possible.

This is something that might be useful in certain situations. I can’t think of any off the top of my head, but I’m sure that at some point, you’ve wanted your iPhone to die. Rather than waiting a few hours, you can create a Shortcut that kills your iPhone in no time at all.

There’s no single way to do this. Instead, you can come up with your own idea for how to kill your iPhone quickly.

The general idea, though, is to run a process (or processes) that are battery-intensive until your iPhone dies. That means turning on the flashlight, playing videos, running pointless tasks, etc.

Personally, the way that I would do this is to create a bunch of sub-Shortcuts. Each would run an intensive process in a Repeat loop with 50 repetitions. Copying hundreds of items, counting indefinitely, performing calculations over and over, covering images and then converting them back again, etc.

Then, I would create a master Shortcut that runs all of these processes after another. When it ends, it uses the Run a Shortcut action to run itself again, creating a loop that continues until your iPhone dies. I’d also have it enable some settings like maximizing the screen brightness, keeping the screen on, and turning the flashlight on.

IMPORTANT NOTE: Be careful when using the Run a Shortcut action to create an infinite loop. This does work and if you aren’t careful it could mess up your device if you give it the wrong actions. I recommend having an Alert right before it repeats asking if you want to continue the loop. That way you can break out of the loop whenever you want.

4. Swap your Home Screen icons with the wrong apps

One of the most-used features of the Shortcuts app is the ability to customize your Home Screen app icons. You can create icons that open apps of your choosing. Some people have even made a career out of this, selling icon packs on Etsy shops.

Just as easily as this is a great Shortcuts feature, it can be turned into one of the worst iPhone Shortcuts. Rather than linking apps to a more creative, stylized version of their app icon, you can link the wrong apps to the wrong icons. 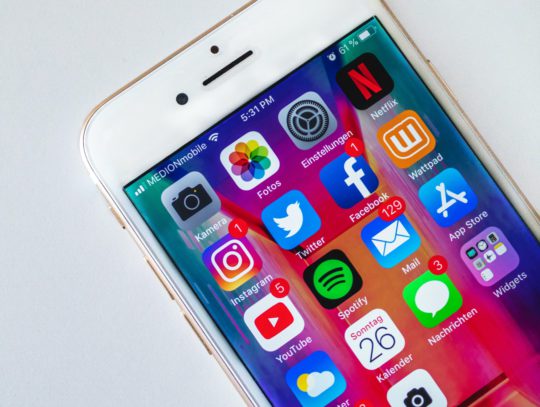 What if your Facebook app opened Reddit? Maps opened your Messages? And your Snapchat icon opened your library app?

You could use this to frustrate people who ask to borrow your phone, prevent yourself from checking an app that you’re trying to stay off of, or even use it to hide certain apps from people. These are just a few ways that a seemingly juvenile use of the Shortcuts app can be made useful.

And don’t forget, you can use this same technique with websites. You can create a Home Screen icon for websites and then give these a new title and icon using the Shortcuts app, disguising or improving them as you see fit.

5. Play a gross sound effect whenever you tap the back of your iPhone

Speaking of juvenile ideas, this is perhaps the dumbest idea on this list of the worst iPhone Shortcuts. AppleToolBox has covered before how you can use an accessibility feature of your iPhone to turn the back of your iPhone into a button. You can tap it twice to do things like go to the Home Screen or open an app of your choosing.

Well, with the Shortcuts app, you can also make this Shortcut do something immature. You can make your iPhone play a gross sound effect, like a burp or a fart, whenever you tap the back of your iPhone twice.

Not only will this make for a funny moment of immaturity whenever you like, but the double-tap accessibility feature has a habit of being triggered when it’s not meant to. This means you might be pleasantly (or unpleasantly) surprised by your iPhone playing an unexpected sound.

For a slightly more mature idea, you could also have this play the rimshot sound effect (ba-dum tiss) whenever someone tells a terrible joke.

6. Open an app whenever it’s closed

This is a fun and annoying little loop I discovered while prepping for this post, making it perfect for this list of the worst iPhone Shortcuts.

It’s super simple. Just create an automation that runs whenever you close an app and have the only action be that it opens that very same app. Disable the Ask Before Running prompt, too. Every time you try to close that app, switch to another app, etc., it’ll open right back up.

If your friend lets you borrow their phone, this can be a fun thing to quickly whip up without them knowing. If you do decide to torture a friend with this, make sure that you include some kind of alert that lets them know that it’s a prank and they should ask you about it, otherwise you might freak them out a little too much.

As it goes with infinite loops, be careful with this one! I tested it on my iPhone and it was a bit difficult to make it stop. I was able to fix it by quitting the app I had looped to stay open – this prevents it from reopening instantly. But if you add other actions to this, you may have a harder time getting out of the loop before it runs amok.

You could make this concept into a positive by using it to hide a certain app. Say you have something in your Notes or Photos that you want to keep to yourself. Just have this automatic loop open a different app whenever you open Photos. You’ll know how to get out of it (quitting the app that opens) but it might be enough to keep someone from snooping through your iPhone.

As an alternative idea, it just occurred to me that you could create a similar automation that opens app after app after app, maybe ten apps in a row, before reopening the app you originally closed. I am not going to try this because it sounds exactly like the kind of infinite loop that would run amok on your iPhone – but I’ll leave it up to you to decide if you want to give it a go! 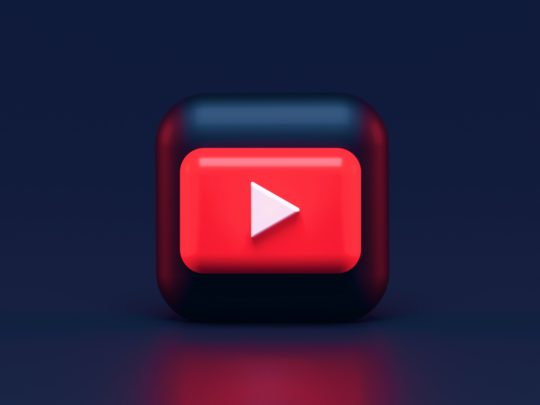 Well, just as easily you can create an obnoxious default state that locks and unlocks all of the wrong apps. Like keeping the Books app in portrait orientation? Not anymore! Make it impossible to flip YouTube videos around the way you like it, have Safari flip annoyingly when you don’t mean for it too, and create toggle states for certain apps so you never know what to expect.

There’s no reason for this except to torture yourself, at least that I can think of. But hey, isn’t that what you’re here for?

8. Add ads to your iPhone

This might be the worst one yet. You can technically use automations and/or Shortcuts to put ads all over your iPhone. Using the screen recording feature, start saving ads from YouTube, mobile games, and various websites. Put them in an album in the Photos app.

Then, create an automation that runs whenever you open or close certain apps. For instance, every time you open the Books app, this Shortcut will run. When it does, it’ll play a random video from the album of ads in your Photos app. And there you go! You’ve just added ads to your iPhone for no discernible reason.

Like a handful of the suggestions on this list, you can give this terrible Shortcut a bit more purpose by using it as a deterrent for yourself. If you spend too much time on certain apps, like Reddit or a mobile game, you can add ads to it to get in the way of you using that app.

Or you could just torture yourself needlessly. Up to you!

And that’s it! Those are our suggestions for the best- no, the worst iPhone Shortcuts around. You can use these to torture your friends, interrupt your day with an annoying surprise, or deter yourself and others from using certain apps on your iPhone. I hope these make for a good laugh and perhaps, if you’re lucky, a little inspiration.

If you want to read about some useful iPhone Shortcuts, give this article a look.