You are here: Home / iPhone / Which stores don’t accept or stopped accepting Apple Pay (and how to find out) 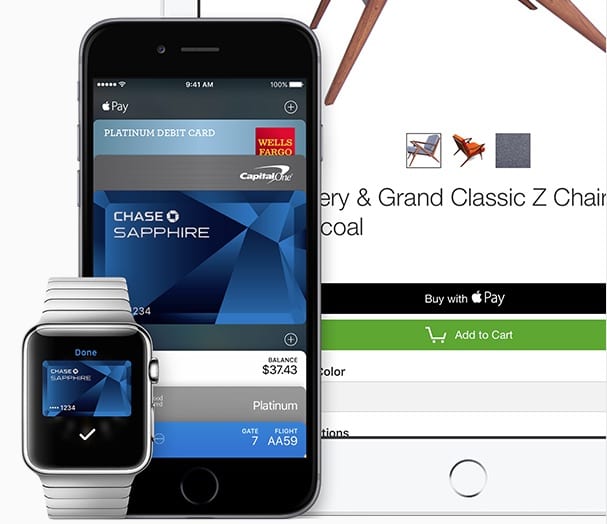 Apple Pay is one of the most popular mobile payment platforms, with support at a wide range of retailers across the world. But it isn’t accepted everywhere (quite yet).

Where can’t you use Apple Pay?

While Apple Pay is accepted by a wide range of different retailers, there are still quite a few companies that don’t support the proprietary Apple payment platform.

No matter which category they fall in, there are a number of bigger retail chains from across the spectrum that don’t currently don’t take Apple Pay. That includes:

We are always asked by users if Walmart supports Apple Pay? Walmart is one of the few companies that has resisted jumping onto the Apple Pay bandwagon.

If you are using Walmart for online purchases, there are a few ways if you can complete your purchases. In this detailed article below, we walk you through some of the possibilities of shopping online on Walmart using your iPhone or iPad.

Additionally, there’s actually a third category of store. Stores like JCPenney used to take Apple Pay, but for one reason or another, they’ve cut off support for the payment method.

There’s also the question of why these stores don’t take Apple Pay (or why they turned off Apple Pay support). We’ll get to that below, but the general takeaway is that you’ll need to whip out a credit card or cash at these major retail chains.

Keep in mind that these are just major retailers that won’t take Apple Pay. There are undoubtedly plenty of smaller convenience stores, grocery stores, gas stations, mom-and-pop shops, and local retailers that don’t accept any type of mobile payment platform.

For the most part, those retailers probably don’t have the resources to implement NFC-based point-of-sale systems. While Apple Pay is gaining ground among the big guys, there’s a good chance that your local corner bodega isn’t going to take Apple Pay for the foreseeable future.

One may imagine that the slow rollout of Apple Pay is Apple’s own fault. But in most cases, retailers are actually the primary reason why Apple Pay isn’t accepted everywhere.

For example, many retail chains kickstarted a consortium of companies called the Merchant Customer Exchange (MCX). The goal of that coalition was to develop ways for customers to pay for goods with their devices — and to keep technology firms like Google and Apple out of the equation.

There are a couple of reasons for that, as Recode pointed out in 2014 piece on the matter. First-party payment methods allow retailers to keep customer data away from tech firms and send coupons directly to customers, for example.

But the primary reason is that developing first-party payment methods is simply cheaper for retail companies.

As mentioned earlier, there are also stores that used to accept Apple Pay but don’t anymore. That’s another situation entirely. And, at least in some cases, it has little to do with retailers attempting to develop their own first-party payment platforms.

JCPenney, for example, told TechCrunch in a statement that it disabled all contactless payment systems ahead of an April 13, 2019 deadline.

There may also be another somewhat more insidious reason why some retailers are less open to using third-party mobile payment systems — and Apple Pay in particular.

Apple Pay is an extremely secure platform; it features a number of mechanisms that allow it to be so impenetrable. One of those mechanisms is known as a Device Account Number (DAN).

Without going into the weeds too much, a DAN essentially allows users to make a payment without revealing the actual card number they used.

Apple Pay on your Apple Watch is going to have a different DAN than the same card on your iPhone. That makes it a lot harder for retailers to track their customers’ purchases and create a profile from that data.

The tides are changing

Despite all of the reasons that major retailers have to keep Apple Pay out of their stores, the tide does finally seem to be changing.

CVS Pharmacy, for example, began supporting Apple Pay at locations across the U.S. back in October 2018. Costco, another notable holdout, started accepting the Apple payment platform in August. And perhaps most notably, Target started to accept Apple Pay and other third-party contactless payment methods earlier this year. That leaves Walmart as one of the few remaining major retailers in the U.S. as a holdout.

Consumer demand, of course, is one reason why retailers are wavering. Apple Pay is convenient, and more and more consumers want to be able to use it at the stores that they frequent.

But one of the primary reasons why members of the MCX have started to come around is that the payment platform that they were developing, CurrenctC, was an absolute failure. While it was originally created as an Apple Pay killer, CurrentC never really made it off that ground. That’s due to several reasons, including the fact that it seems to prioritize retailers over consumers — and it didn’t really adapt to consumer habits.

Though it’s too early to tell, looking at the current industry, it’s likely that tech-based payment platforms like Apple Pay will continue to gain ground as retailer-based ones, like Walmart Pay, will fizzle out.

What’s the future of Apple Pay?

Of course, it’s worth keeping in mind that Apple Pay’s mainstream acceptance in the U.S. hasn’t happened overnight — and it isn’t likely to make major leaps.

Speaking of other countries, Apple Pay is also quickly gaining ground when it comes to international acceptance. Just this year, Apple Pay is expected to launch in Greece, Luxembourg, Portugal, Slovakia, Slovenia, Estonia and Romania. Just a few days ago, the payment platform officially debuted in Austria.

How to find out which stores take Apple Pay

At this point, we’ve purely been covering broad Apple Pay trends across the industry. But the most important thing to consumers is finding out which stores around them accept Apple Pay.

Luckily, there are a couple of methods.

Apple, for its part, has an entire webpage dedicated to its mobile payment platform. That page has an up-to-date list of major retailers that accept Apple Pay.

There are also other sites around the internet that routinely update their own lists of Apple Pay-supporting chains and stores. They’re definitely worth a browse if you want the most current information.

You can also use Apple Maps to see which stores around your specific location support Apple Pay.

Apple is rolling Apple Pay in more and more countries. It is definitely here to stay as Apple shifts its focus on re-energizing its services to provide value for its users and shareholders. Recently Apple rolled out further NFC support in the upcoming  iOS 13. Apple’s update to its Core NFC framework for iOS 13 will include support for reading passports and ID documents, chip checker app maker Innovalor has confirmed to NFC World.