You are here: Home / Apple Services / Where To Use Apple Card For 3% Back?

It’s been a little over a year since the Apple Card began rolling out to users in August of 2019. Today, a little over three million Americans use Apple Card, and two-thirds of those users have made it their primary credit card.

While the 1%, 2%, and 3% rewards offered by Apple Card make it a decent credit card, the truth is that every cardholder wants that elusive 3% back as often as possible. Unfortunately, only a handful of stores offer 3% back with the Apple Card, so the majority of the time you’ll be choosing between 1% and 2%.

To help you get the most out of your Apple Card, we’ve compiled a list of every business that currently offers 3% back on purchases made with the Apple Card. Keep in mind that to get that 3%, you have to use Apple Pay – swiping your physical card will only nab you a measly 1% in rewards.

Businesses that offer 3% back on Apple Card purchases

Of course, it’s no surprise that using your Apple Card at Apple gets you 3% back. What you might be surprised by is that you get 3% back on every purchase you make from Apple, not just product purchases.

This includes your Apple Music, iCloud, Apple TV, and Apple Arcade subscriptions, as well as any subscriptions you make through an app on your phone (i.e., if you sign up for Netflix through the iOS Netflix app, you will get 3% back each month).

Using your Apple Card with Apple can save you as low as a couple of bucks a month or as much as $50 on a new MacBook.

While receiving 3% in Daily Cash from Walgreens and Duane Reade might not seem as flashy as some of the other partnered retailers on this list, it’s a pretty good deal! Since these stores sell general goods at a low price, you can swap your local grocery store for Walgreens now and then to increase your Apple Card rewards.

Nike and Apple are not only mentioned together when discussing the most famous brands of all time, but they’re also peas in a pod when it comes to partnering together. 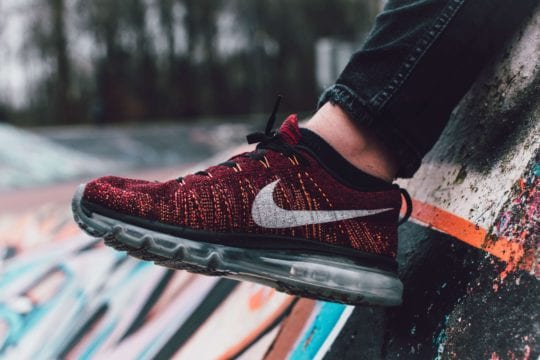 Apple Card is no exception. Nike has been partnered with Apple Card since November of 2019, so any purchase you make through Nike with Apple Pay will get you 3% back in Daily Cash.

Just be aware that this only works for purchases made directly through Nike. Purchasing a pair of Nikes from the supermarket won’t give you 3% back – unless it happens to be a Nike Supermarket.

T-Mobile holds the honorable title of being the first and only mobile operator to offer 3% Daily Cash with Apple Card. When it first launched last year, though, you could only use Apple Pay at T-Mobile stores.

This meant that the only way to get your Daily Cash was to visit T-Mobile in person and make a purchase or a one-time payment on your bill. I don’t know about you, but I don’t make too many trips to the T-Mobile store, so this wasn’t particularly noteworthy.

Earlier this year, however, T-Mobile added Apple Pay as an option for paying your bills through the T-Mobile app. This means you can now get 3% back on your phone bill every month, which is a pretty good deal.

The first adopter of Apple Card’s 3%-cashback-partnership-program-thing was Uber (and its subsidiary Uber Eats). If you’re an Uber user, this is a no-brainer. Just choose Apple Card through Apple Pay when ordering a ride or a bite to eat through the Uber app to get your 3% back.

The latest company to join the Apple Card bandwagon (at the time of writing) is Panera Bread. While the sandwich-and-soup hipster shop may not be for everyone, using Apple Pay is a great way to save a little dough while eating out (pun intended).

Another recent addition to Apple Card’s 3% partnership is Exxon and Mobil. Any purchase made through an Exxon or Mobil gas station will earn you 3% in Daily Cash, whether that purchase is made at the pump or the convenience store counter. 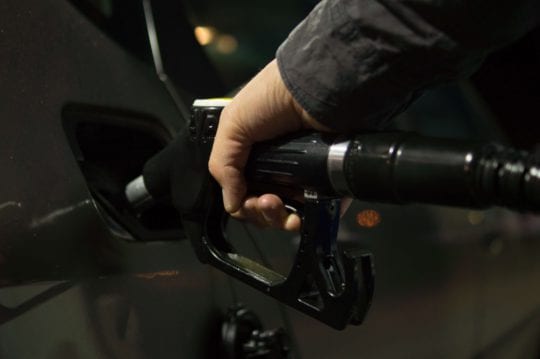 Depending on where you live, it may be hard to find a gas station that accepts Apple Pay at the pump. Luckily, there are a few ways to get around this.

First, you could simply walk inside and pay at the counter, as most convenience stores will accept Apple Pay at the register. Second, you could use the Exxon app, as it allows you to pay for the pump on your phone using Apple Pay. Though a bit cumbersome, the savings will quickly pay for your troubles.

And that’s that! We’ll try to update this list periodically so that you can easily find the latest stores that offer 3% in Daily Cash through Apple Card.

Until then, happy saving!

What’s the difference between Apple Card and Apple Barclaycard?

The Apple Barclaycard was Apple’s earlier foray into the credit card market. While the two cards offer similar rewards, the Apple Card is much more integrated into Apple’s ecosystem. Additionally, the rewards are better and simpler, as they revolve around cash rather than points.

If you have the Apple Barclaycard, it’s worth making the switch to the more streamlined Apple Card.

How do I set up Apple Pay?

To get the 3% rewards mentioned throughout this article, you’ll have to make payments with your Apple Card through Apple Pay. If you’ve never set up Apple Pay, you can read this article for an in-depth tutorial on how to do so.

If you don’t care for clicking links, here’s a quick breakdown:

What are Apple Card’s rewards?

Apple Card offers simple, three-tiered rewards, all in the form of cash:

It can take a few days for your cash rewards to show up, but when they do you’ll find them on the Apple Pay card in the Wallet app.

What is Daily Cash?

Daily Cash is the name for the cash you earn through Apple Card. It’s called Daily Cash because you receive your cash rewards automatically in the Wallet app on iOS. There’s no waiting or redeeming, and most rewards go through within 72 hours.

Do you earn Apple Card rewards for installment payments?

Fortunately, you still receive rewards for making installment payments through these transactions. Not only that, but you receive the full Daily Cash amount immediately rather than in segments over your installment term.

For example, if you buy a $1,200 MacBook from Apple and agree to pay it off over twelve months with the Apple Card, you will pay $100/month from your Apple Card. As soon as you buy the MacBook, you will receive the full $36 in Daily Cash (3% of $1,200) the same day rather than receiving just $3/month.

You will not, however, earn an additional 3% ($3/month) on each installment payment. The $100/month you pay won’t earn 3% back as you will have already received the full cashback amount at purchase.