You are here: Home / iPhone / Are All Apps On The App Store Safe? Here’s What You Should Know

Launched in 2008, just one year after the announcement of the first iPhone, the App Store has become an essential part of Apple’s identity – even if, many times, it’s an unnoticed part of that identity.

Part of what makes the App Store such a powerful part of the Apple ecosystem is its invisibility. I doubt many casual users give much thought to downloading apps from the App Store. Like typing on the touchscreen keyboard, it’s simply how the Apple experience works.

However, despite seeming like a natural and subtle part of the Apple experience, Apple invests a lot into the App Store to ensure that you never think twice before downloading an app.

But this begs the question – should you think twice before downloading an app from the App Store?

Is the iPhone App Store safe?

The App Store has been under a significant amount of fire over the last few months, particularly when it comes to the future of gaming on iOS. Whatever your opinions on the App Store happen to be, it’s always good to remain skeptical and not to accept things as they are with a bit of investigation first.

So, with this in mind, is it true that the iPhone App Store is safe from malware, scams, viruses, and more?

For the most part, yes, the App Store is surprisingly free from these things. Despite being one of the largest digital platforms in the world, it’s extremely unlikely (and often impossible) that you will ever download a malicious app onto your iPhone from Apple’s App Store.

That said, there are still some risks to downloading new apps. For instance, you may end up paying for an app without completely realizing what the purchase is for, or you may download an app that you only realize later you didn’t want. However, I think most of us can agree that these are small inconveniences, not serious breaches of safety.

Now, claiming that a platform consisting of 1.8 million apps has next to zero malicious apps is a pretty bold statement. So what’s backing this up?

Apple’s strict policies around app submissions. While denying apps sometimes gets Apple into hot water, it’s also why you don’t have to worry about downloading a fiendish app on iOS.

Here are three of the measures Apple takes to keep the App Store safe.

First and foremost, Apple hand-reviews every app that is submitted to the App Store. Whether you’re playing Fruit Ninja, adding tasks to Fantastical, or using an obscure app for calculator enthusiasts, Apple has thoroughly read and tested that app. 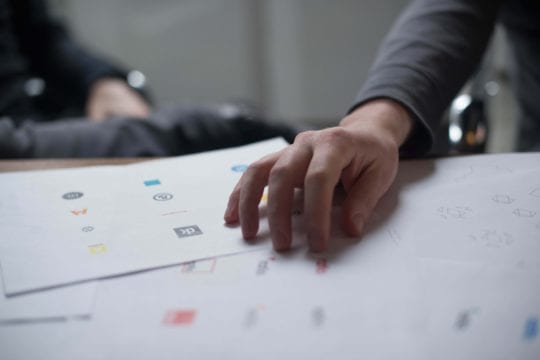 This careful combing takes a decent amount of time and can be a bit tedious for developers, especially if your app is denied. For users, however, it offers incredible peace of mind. Of all the 1.8 million apps on iOS, there isn’t one that an Apple employee hasn’t given the stamp of approval.

Of course, manual reviews aren’t perfect, and malicious apps have gotten through Apple’s fingers before. The circumventers are usually caught pretty quickly, however. Getting past Apple usually requires the creation of some new hacking technique, and as soon as Apple catches that technique once, it’s unlikely to ever work again.

You’ve probably noticed that not all of the apps on your iPhone are created equal. Some can bring up the Apple Pay page, while others can send you notifications, while others simply sit there and do nothing all too fancy.

This is thanks to Apple’s developer certificates. These are certificates that people with an Apple Developer membership can request from Apple. Only by being granted these certificates and installing them into their code (i.e., digital signing) can developers access certain features of iOS.

Digital signing prevents an app from claiming that it’s a video game while secretly it’s tampering with Apple Wallet. To even get access to your wallet in the first place, it has to let Apple know that’s what it wants to do. This gives Apple a red flag anytime an app tries to do something that has the potential to be malicious.

Last but not least, Apple applies the above two practices and more to everyone fairly. The first-time app submission from a teen developer is treated the same as an app submission from Google. It doesn’t matter how much money an app makes Apple or how popular it is with users – if it breaks the rules, Apple will remove it from the App Store.

This is yet another feature of the App Store that generates equal parts praise and hate. Some love Apple’s ferocity in taking down rule breakers, while others find it annoying and controlling.

Wherever you fall on this spectrum, Apple’s seemingly blind eye of justice means that a large company can’t pay Apple into submission and that a small developer can’t slip past Apple’s fruity App Store gates.

Apps you won’t find on the App Store

So far, we’ve covered pretty thoroughly that malware and viruses are pretty rare on the App Store. But these aren’t the only apps that Apple deems “unsafe” for its users. Apps can fall into other categories that will prevent them from being added to the App Store. Here’s are some of the types of apps you won’t find on the App Store.

If you’ve never looked for an objectionable or offensive app, you might not have noticed that they were missing from the App Store. But they are! Anything that Apple thinks might offend users or be inappropriate for the general public is banned from appearing on the App Store.

This includes discriminatory, inflammatory, or mean-spirited content, especially as it relates to race, gender, sexuality, and religion. The only apps that get a pass here are satirists and comedians, and even these are not always guaranteed safe passage.

Additionally, you won’t find any pornography or graphically violent content. And if an app encourages or demonstrates how to conduct illegal behavior, then that too will be banned.

Out of all of Apple’s app policies, this is probably the vaguest and most debatable. Essentially, any app that relies on user-generated content (see: all social media) cannot give its users free-reign. That app must have some sort of moderation process to filter out offensive content.

Of course, this is not the easiest thing to enforce. After all, isn’t there pornography, graphically violent content, and offensive viewpoints on basically every social media platform?

Apple’s goal here isn’t to bubblewrap the internet on iOS. Instead, this rule gives Apple the ability to ban an app if it becomes too centered around objectionable content. For instance, a Chatroulette-style app is fine on its own. However, if it starts to skew in the wrong direction (cough Omegle cough) then Apple will ban it, even if it’s technically the users ruining the app’s reputation.

Requiring apps to moderate their users places the responsibility of the app’s content on the developers, so Apple can ban them without getting too deep into legal grey area.

Apps that lead to physical harm

Arguably the most important apps that Apple blocks from the App Store are those that have the potential to cause physical harm. This policy flags any app that tries to calculate drug dosages, offer medical advice, or encourage illegal substance or tobacco use.

Apps that calculate dosages and offer medical advice can be found on the App Store, of course, but only accredited developers and institutions are allowed to publish these apps. This prevents the average developer from creating an app like this, even if the information contained within the app is factually accurate.

Additionally, Apple blocks apps that might encourage risky behavior, such as apps centered around “bets” and “challenges”.

Lastly, Apple has a firm stance on privacy, which not only limits what App Store apps can do but also which App Store apps are accepted in the first place. Any app that is handling user information must meet Apple’s security requirements to do so. This means that most apps on the App Store should be reasonably difficult to hack into. 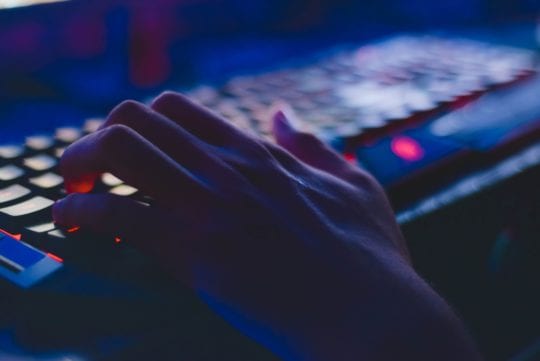 Have malicious apps ever made it to the App Store?

While Apple goes to great lengths to keep these sorts of apps off of the App Store, there have been slip-ups in the past. Just last year, a malicious app was able to get past Apple on the App Store. This app functioned as a speedometer on the surface but was stealing information that violated users’ privacy.

The app was able to get past Apple in two ways. First, it only sent the information if it detected that the smartphone had a SIM card. In the eyes of the app, this confirmed that the phone belonged to a person and not a security team. Second, the app waited 17 days before sending any information.

While this may sound like an easy thing to catch, it managed to get through Apple’s gates and wasn’t removed until a third-party researcher ascertained what the app was up to.

There have been multiple cases of apps getting through the App Store using similarly tricky techniques. However, the number of these apps is still extremely small, especially when compared to the total number of apps on the App Store. And for the most part, the apps biggest crime is moving adware onto users’ iPhones. There’s never been a major incident when it comes to App Store security.

Is the App Store safe to use?

Though apps can get past Apple, it’s such a rare occurrence that it’s nothing to be worried about. Avoiding the App Store due to malicious apps would be like staying inside to avoid lightning. When it comes to downloading apps over the internet, the App Store is the safest platform there is.

Can the App Store have viruses?

You can technically download apps from Apple’s App Store that contain viruses, but this is extremely rare thanks to Apple’s strict moderation.

Can an iPhone app give your phone a virus?

So long as you download apps from the iPhone App Store (as opposed to from the internet) you will probably never download an app with a virus.

Is it safe to install apps on the iPhone that aren’t from the App Store?

It depends! Apps that aren’t on the App Store aren’t moderated, which means that you could download a perfectly safe app, an app that appears safe but is hiding a virus, or an app that solely exists to corrupt your phone, no hiding necessary. If you’re not sure about an app, don’t download it!

How can I check if my iPhone has a virus?

How can you tell if an iPhone app is malware?

The only sure way to tell if an iPhone app is malware is to pay attention to the permissions it asks for. For instance, if a solitaire app is asking for permission to your microphone or wants you to enter your iPhone passcode, you should probably delete the app.