You are here: Home / News / Apple Cancels AirPower: What we know so far 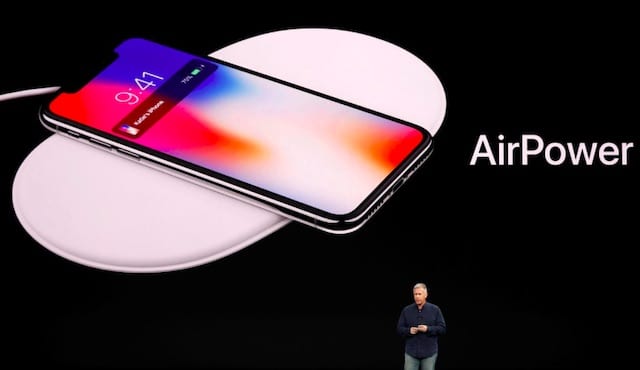 Late on Friday afternoon, Apple made the unprecedented announcement that it has canceled the AirPower wireless charger. The product, first announced alongside the iPhone X in 2017, would have allowed users to charge AirPods, Apple Watch, and iPhone all on the same surface. Even more interesting, though, was that Apple claimed you would be able to place any of these devices anywhere on the mat, with no need to position correctly; a feature that had not been possible previously.

This promise of ‘place the device anywhere‘ appears to have been AirPower’s downfall. Apple was unable to figure out how to reliably manage 20-30 overlapping coils without a major design change and fans. As we reported in September, Apple decided to cancel AirPower after multiple failed attempts, with plans to begin work on a less ambitious wireless accessory.

We now have more details about the recent misgivings of AirPower, based on sources.

Apple had originally planned to introduce both AirPower and the revised AirPods unveiled earlier this month alongside the iPhone XS this past September. The company approved manufacturing of both devices and was planning on shipping that fall. Last second, Apple discovered new concerning power issues with AirPower and opted to delay the revised AirPods and start from scratch on an accessory to replace AirPower.

This resulted in AirPower and AirPods 2 being pulled within 2 weeks of the September event.

This is why the AirPods that shipped last week contain references to AirPower, as well as pictures. The inventory that has shipped has, in fact, been sitting since September.

Apple began work on a new device that would look the same and still be called AirPower, but with less technical capabilities.

It is unclear to us what the tradeoff was, but one source claimed that the new AirPower would only be able to charge two devices at once, instead of the originally promised three. Apple approved production of the revised model earlier this year, and planned to unveil it at the end of March.

When it became clear that heating issues remained a concern in the revised model, Apple finally gave up on AirPower, with management pinning the incident on Dan Riccio, the Senior Vice President of Hardware Engineering.

It is unclear when Apple canceled the revised AirPower, but it appears to have happened sometime in March, according to a source.

As a result, Apple had a large inventory of revised AirPods that needed to ship, and the company opted to release them without the presence of AirPower.

It is worth noting that Apple did not originally plan to offer Qi charging on AirPods when it first introduced AirPower in 2017. The mat was going to use proprietary add-on technology to manage power between devices, and AirPods 2 would have only been compatible with the mat. This changed at some point in the summer of 2018, when Apple opted to use traditional Qi technologies in its efforts to fix AirPower. Apple was also concerned that AirPower might fail again, and that if it did, they did not want to have an inventory of AirPods that were only usable with a non-existent device.