You are here: Home / How-to / How to Use Apple’s Intercom System With the Homepod and Homepod Mini

Although the HomePod has been available for a few years now, Apple is still trying to “find its feet” when it comes to putting Siri in your home. There have been some pretty useful software updates, but other than that, HomePod has not really been much more than an AirPlay speaker.

We can see the plans starting to form, especially after the recent iPhone announcement event. We have been hoping for years that Apple would provide a less-expensive entryway to put Siri in the home, similarly to how Amazon does this for Alexa with the $50 Echo Dot.

The HomePod Mini is finally here

After the rumor mill kept churning about a possible “cheaper” HomePod, it finally arrived. This looks just like you would expect, featuring a design that looks like a shrunken-down HomePod. The HomePod Mini, however, has a few extra tricks up its sleeve that the original HomePod did not.

Notably, the touch-sensitive top of the HomePod Mini will show off the wave of colors a bit more vibrantly. You are still able to tap the middle to pause or play your content while tapping on either the left or right will change the volume.

Hidden behind the mesh-fabric, Apple packed a primary driver along with two passive radiators for the sound. This combination works together and passes through the new “acoustic waveguide” at the bottom, which aims to create an immersive experience while providing 360-degrees of sound. Pair two of these together and put them in the living room for a low-cost sound system to pair with your Apple TV.

The most intriguing aspect of the HomePod Mini isn’t its size or the new speakers. Nope, it’s all about the price. Coming in at just $99, you can get three HomePod Mini’s for the price of a single HomePod (standard). This is the entryway that many were hoping for, as the price to get started with Siri in your house just got a lot less expensive.

What’s this Intercom System all about? 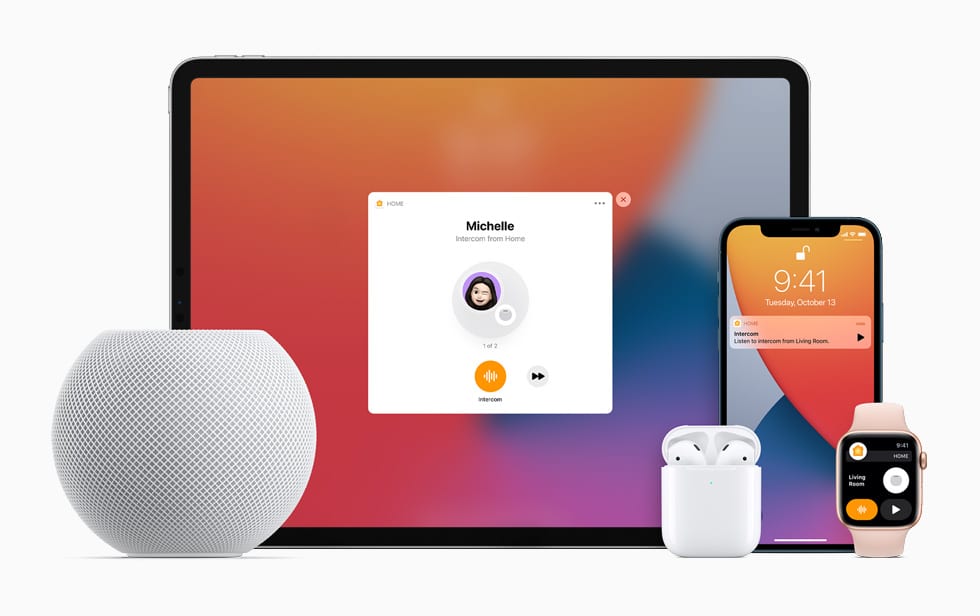 One of the hallmark features coming along with the HomePod Mini (and iOS 14.2), is Intercom. This is a new way to communicate with others in your family, and although it was introduced alongside the HomePod, it’s available for just about all of your Apple devices.

Intercom offers a quick and easy way for you to send voice messages to family members hanging around in different rooms of the house. Create an Intercom message, designate what device or zone to send the message to, and fire it off. Then, the person, or people, can respond to the Intercom message from wherever they receive it.

How to set up Intercom on HomePod and HomePod Mini

As with most new features, Apple usually does things in either one of two ways – provide a series of prompts and setup screens, or they are turned on by default. The same rings true for Intercom on the HomePod and HomePod Mini provided that your device has been properly updated.

Make sure that your devices are up to date

Before you are able to start using Intercom with your HomePod and HomePod Mini, you’ll need to make sure that all devices have been properly updated. But in this case, we also are talking about those devices that you wish to send Intercom messages to.

Currently, Intercom is available on version 14.1 of the HomePod’s software, and iOS / iPadOS 14.2. Here’s how you can make sure your devices are updated to the latest version.

***Note: At the time of this writing, iOS 14.2 is currently in beta status and has not been officially released as of yet.*** 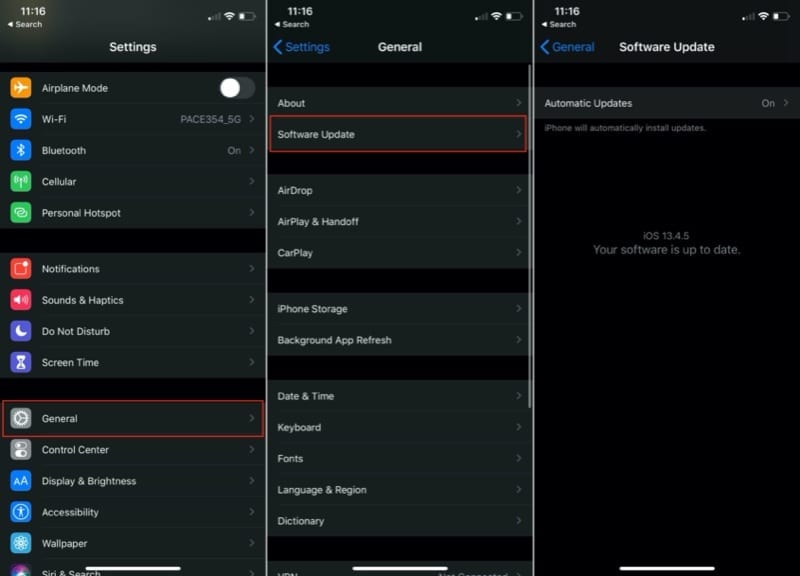 How to turn on Intercom for HomePod and HomePod Mini

If you bypassed the setup screen when opening the Home app for the first time in iOS 14.2, you’ll need to make sure that Intercom is enabled. Here’s how to turn on Intercom for HomePod and HomePod Mini.

How to send Intercom messages

After you have turned on the Intercom functionality and added all of the necessary people to your “Home”, then you can get started. Here are a few ways that you can

From the Home app:

If you want to go the “hands-free” route, Siri integration is the key to sending Intercom messages. Simply activate Siri on your iPhone, iPad, or Apple Watch, say “Intercom” and then the message you wish to send. Then, the message will be sent to all of the HomePods in the home. This is also true if you just want to send an Intercom to devices, as the message is played on individual devices.

Send Intercom to a specific room

Once everything is set up properly, invoke Siri and say “Intercom Bedroom dinner is ready”. The message will then only be played for the HomePod or devices that are currently located in the bedroom.