You are here: Home / iPhone / The best iOS apps that are compatible with Apple CarPlay

If you have Apple CarPlay in your vehicle, you know how useful it can be. And while it packs Apple’s native apps by default, there are many third-party, CarPlay compatible apps that can enhance your road trip or commute.

A Note About Managing CarPlay Apps

CarPlay-compatible apps should technically show up on your infotainment system automatically once they’re installed on your iOS device.

If they aren’t showing up, or you just want to reorganize the order in which the apps appear, you can edit your CarPlay dashboard on your connected iPhone.

You’ll now see an example user interface. Any app in the black portion of the interface is an active CarPlay app, while apps in the white field below are inactive (and won’t show up in CarPlay). From here, there are a few things you can do to edit your CarPlay interface.

You can view a full list of apps that CarPlay supports on Apple’s website. But below are seven apps that are especially popular, useful, or just plain better than their native counterparts. 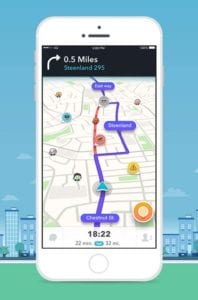 Apple may be working to improve its first-party Maps app, but there are still definite advantages to going third-party. And with the release of iOS 12, Apple has opened up its proprietary car system to third-party navigation apps.

Many commuters opt for Wave, which is CarPlay-compatible, and there are some good reasons why. Waze is a great navigation app in its own right. But its specialized features — such as live crowdsourced traffic information — help it to stand out.

Get Waze for iOS here. 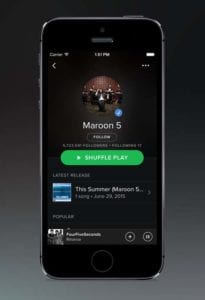 No matter the duration of your journey or commute, you’ll probably be listening to music. Unless you’re a die-hard radio fan, a streaming platform is really the way to go. When it comes down to it, there are two major options.

Spotify is the most popular streaming platform in the world. It’s also CarPlay compatible, which is great if you already use it. But it’s worth noting that Siri on CarPlay doesn’t support Spotify, meaning you won’t be able to control playback with voice commands. Apple Music is supported, so it may be a better choice for most people.

Get Spotify for iOS here. 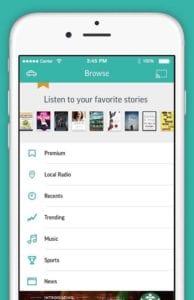 “But what if I am a die-hard radio fan?” you may ask. That’s where TuneIn Radio comes in. Of course, you don’t need a CarPlay receiver to listen to your local radio stations. But if you ever get bored of those radio stations, you can expand your radio horizons with TuneIn.

It’s a simple app that features one of the largest selections of content for any app. Right off the bat, you get access to more than 100,000 stations across the globe (internet radio and AM/FM stations). That includes music, news, sports and other types of radio formats.

Get TuneIn Radio for iOS here. 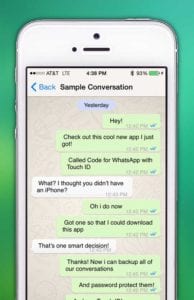 WhatsApp is a popular messaging platform, so there’s a good chance you are among the platform’s nearly 1 billion daily active users. WhatsApp also became one of the first major third-party apps to receive CarPlay support, so it warrants a spot on this list.

Instant messaging and driving may seem like two things that wouldn’t marry well, but WhatsApp has you covered. The CarPlay version of the app will allow you to make calls and send text messages with just Siri voice commands. Siri will also read out messages, meaning you never have to take your eyes off the road.

Get WhatsApp for iOS here. 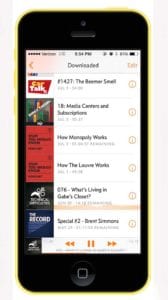 Apple has its own baked-in Podcasts app, which works with CarPlay. But if you’re familiar with Overcast, you know it’s better than the native app for a variety of reasons. And yes, Overcast is also CarPlay-compatible.

For one, Overcast has just about every podcast that Apple’s app has. It also has features like Smart Speed, which eliminates periods of silence between talking without any distortion, and Voice Boost, which normalizes voice volume across a podcast and makes dialogue easier to hear.

Get Overcast for iOS here. 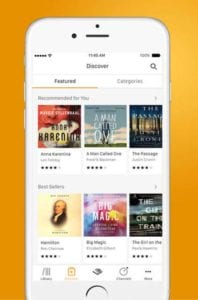 Podcasts may be great for commutes or a short jaunt, but they can’t beat an audiobook for staying entertained on longer road trips. Audible, a platform owned by Amazon, is probably the best option when it comes to buying and listening to audiobooks.

You can buy any audiobook on Audible or sign up for the $14.95-a-month subscription, which includes a free audiobook each month. It’s worth noting that it has the largest library of audiobooks. And if you’re an Amazon Prime subscriber, you get access to Audible Channels, which features exclusive series and content.

Get Audible for iOS here. 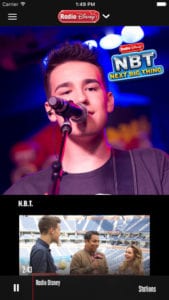 If you have kids, you know that going on a road trip with them isn’t the easiest thing in the world. That’s exactly why Radio Disney is a great addition to your CarPlay app repertoire. Of course, we won’t judge you if you don’t have kids and are simply a Disney superfan.

Other apps may have more content, but Radio Disney has easy-to-find content specifically geared toward kids (and Disney lovers). In addition to a plethora of songs and playlists, there are also exclusive live streams with Disney artists. In other words, plenty of stuff to keep your kids entertained on a long journey.

Get Radio Disney on iOS here.