There seems to be a phenomenon when it comes to downloading and using different apps on your iPhone. For one reason or another, there are a plethora of options for tracking your projects or to-dos, even more apps for taking notes, and rather surprisingly, an astounding number of apps to keep an eye on the weather.

And while the number of new weather app submissions slows down, the truth is that there are probably apps already available that do everything you need. But regardless of the reason why we’re taking a look at some of the best iPhone weather apps for those running iOS 16 or later.

One of the biggest reasons why you might be looking for a new weather app has to do with Apple’s acquisition of the popular Dark Sky app back in March 2020. Over the past couple of years, Apple has been slowly integrating different Dark Sky features into the Weather app that comes preinstalled on every iPhone.

And while we knew the writing was on the wall, the Dark Sky app was still available for download and functioning quite well. Unfortunately, as of January 1, 2023, this will no longer be the case as Apple has confirmed that Dark Sky’s API will be shutting down, with those APIs being rolled into WeatherKit. 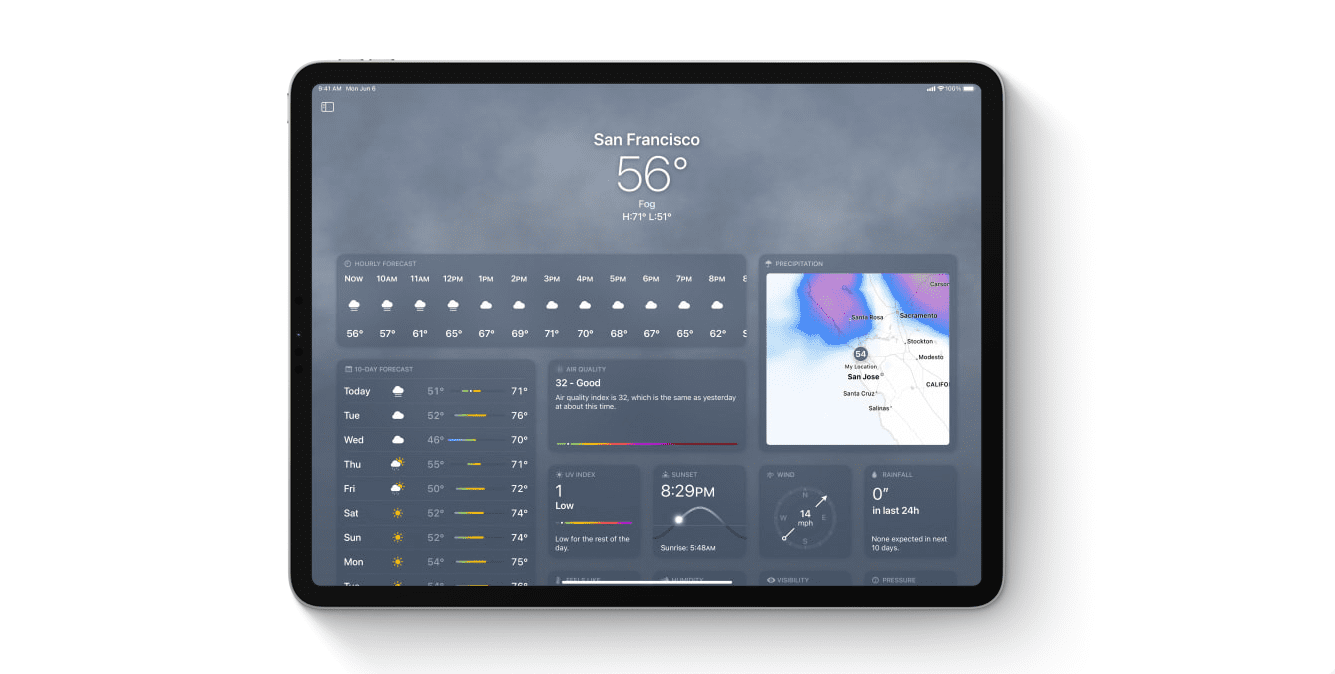 As we mentioned previously, Apple has been slowly but surely integrating and implementing various Dark Sky features into its own Weather app. This is the same app that comes pre-installed on every iPhone, and with iPadOS 16 is also now available on the iPad. Some of the most recent changes include the ability to view a detailed graph of the temperature throughout the day, on an hourly basis. There’s also an updated map of your area that will show you where the incoming (or ongoing) rainfall is.

Without a doubt, Carrot Weather is always at the top of our lists for the best iPhone weather apps. The app comes from an indie developer and is constantly maintained and updated with new and useful features. Carrot also has a bit more of a personality than you might expect from just a weather app. There’s even a “game” built into Carrot, that will reward you with achievements if you find different locations using the maps integration. 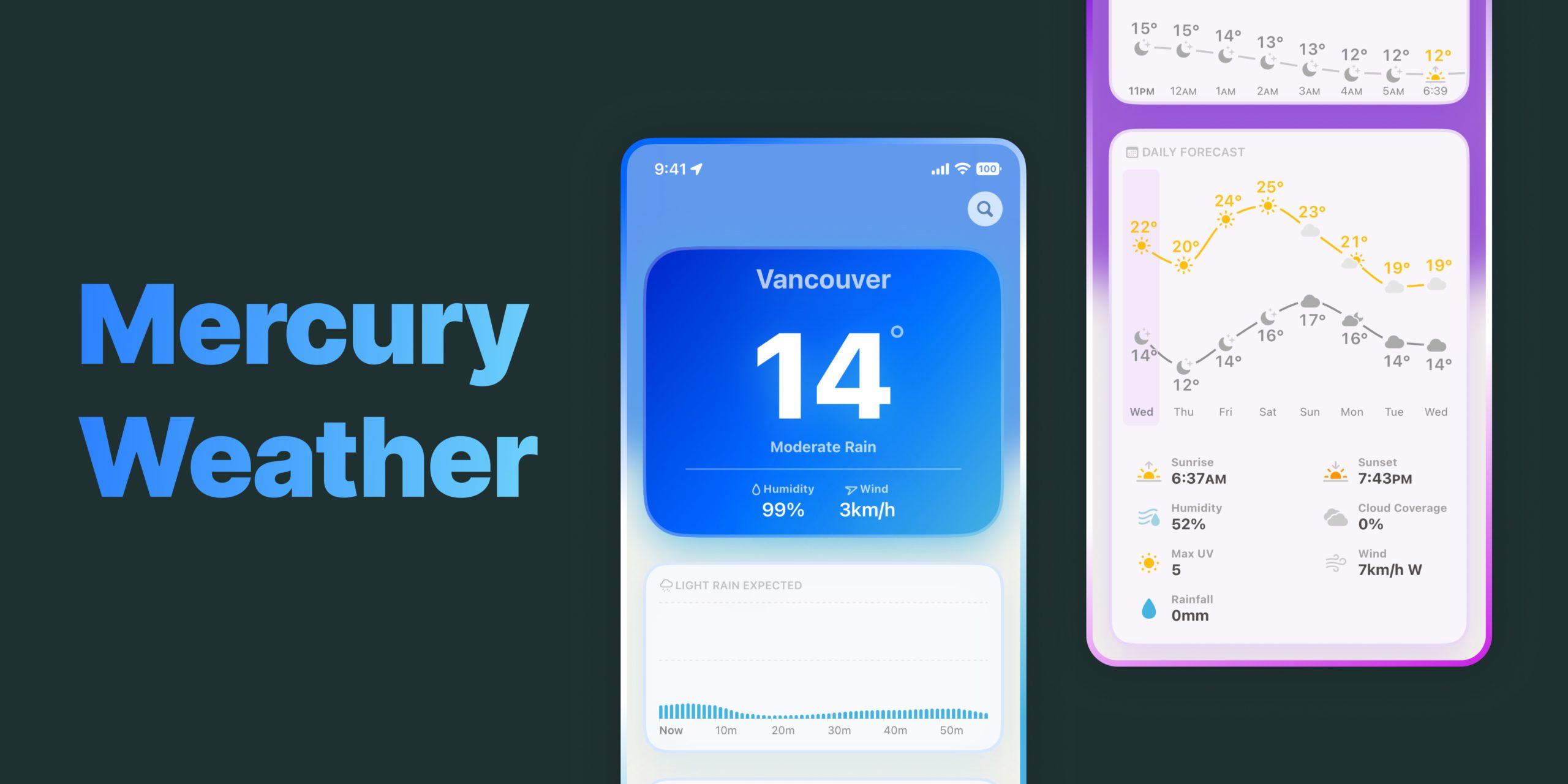 Mercury Weather is one of those newcomers to the App Store that is an instant download. But instead of only acting as a replacement for Dark Sky, Mercury also serves as an excellent replacement for the now-defunct Weather Line. The app features a minimalist, yet robust, interface, putting all of the important information front and center. There are also a few different widgets to choose from, along with others designed specifically for the new changes to the Lock Screen on iOS 16. 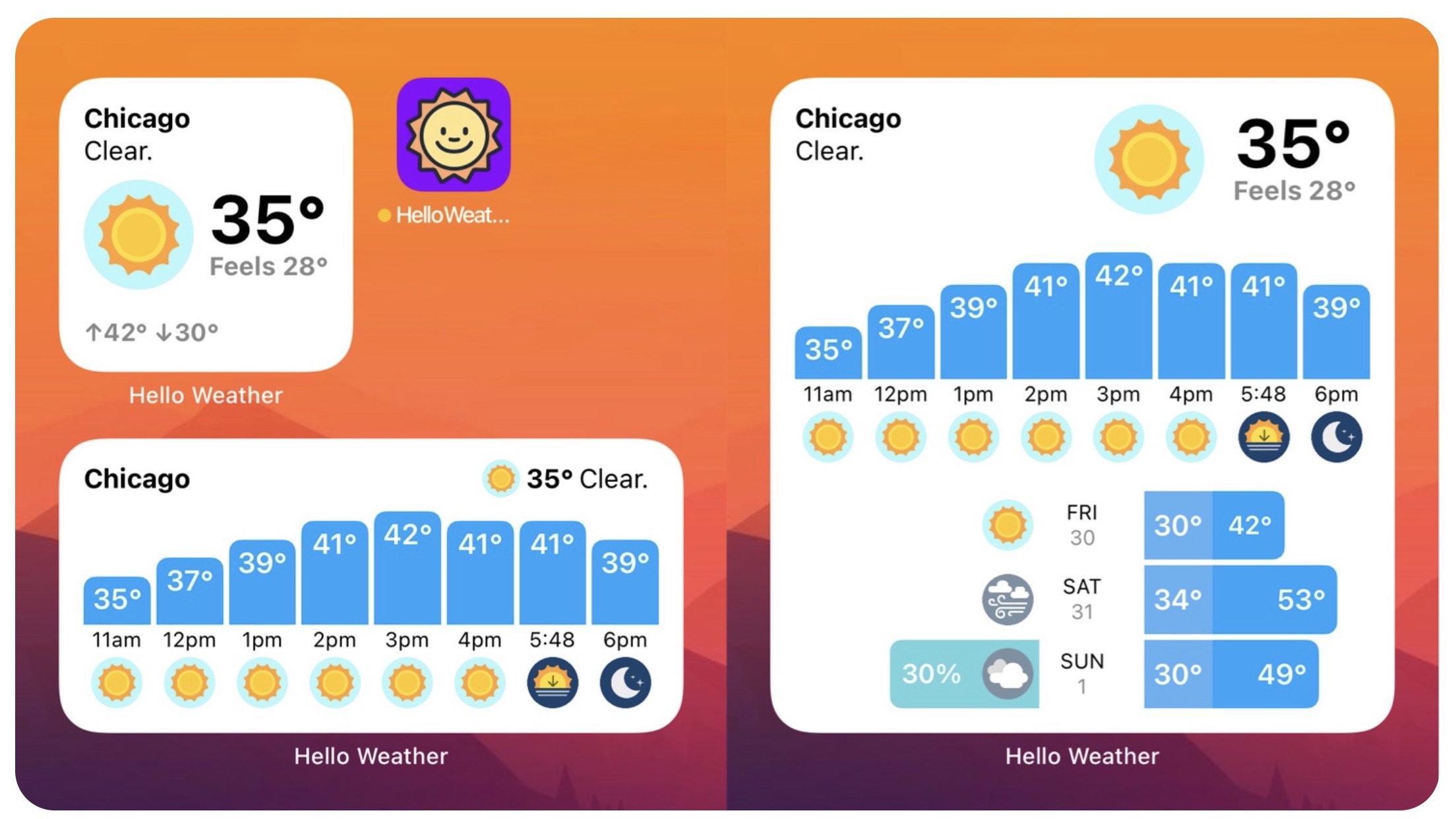 We know that not everyone has a tendency of switching between platforms, such as using iOS and Android on a semi-regular basis. But for those that do, or plan to in the future, it’s nice to have an app that is available on different types of devices. Hello Weather fits the bill quite nicely, as this is a weather app that has been around for years, and can be downloaded from Apple’s App Store or the Google Play Store. 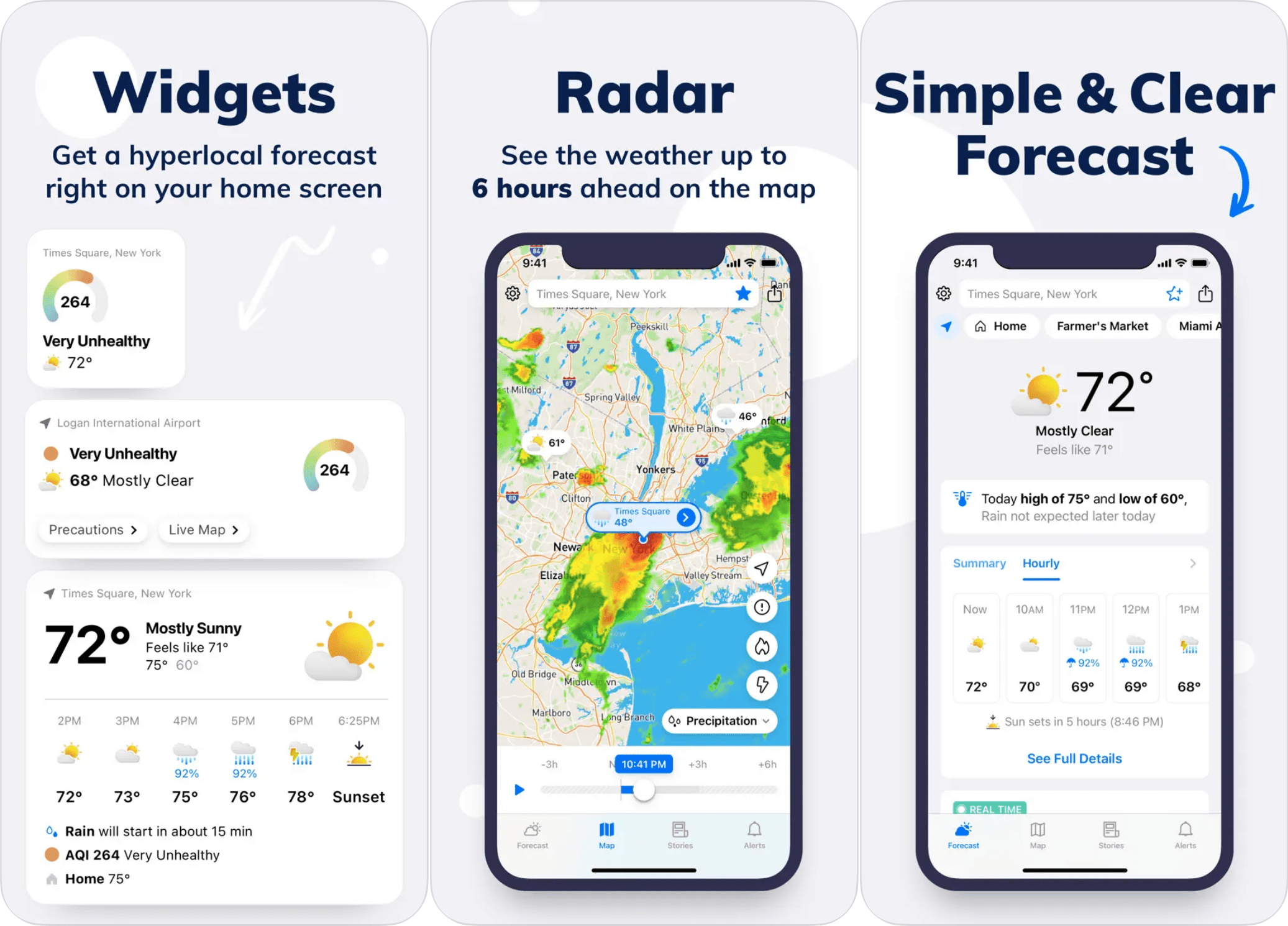 More and more apps are beginning to provide up-to-the-minute notifications when it’s about to rain or precipitate wherever you are. Tomorrow.io is another one of those options, providing “hyper accurate forecasts, rain and snow alerts, air quality maps and wind speeds.” It does this by using Tomorrow’s “MicroWeather” technology, refreshing the forecast every minute, and giving you the ability to accurately see what the weather will look like “up to three hours ahead”.