A new iOS upgrade is always promising, whether you’re buying a new device or upgrading one. Even if there aren’t always improvements in look and feel, there are new features to try. Of course, an upgrade can also mean new problems.

A modern iPhone is nothing if not a platform on which to install apps, so if you can’t do that, it’s a major concern. Fortunately, while there are a few reasons you can’t install apps on iOS 16, most of them are easy to fix.

A simple check before you dive into other methods is to simply restart the App Store.

Slide up from the bottom of your screen until you see a gallery of the apps you have open. Sort through these until you see the App Store. Swipe up on this to force close the app. 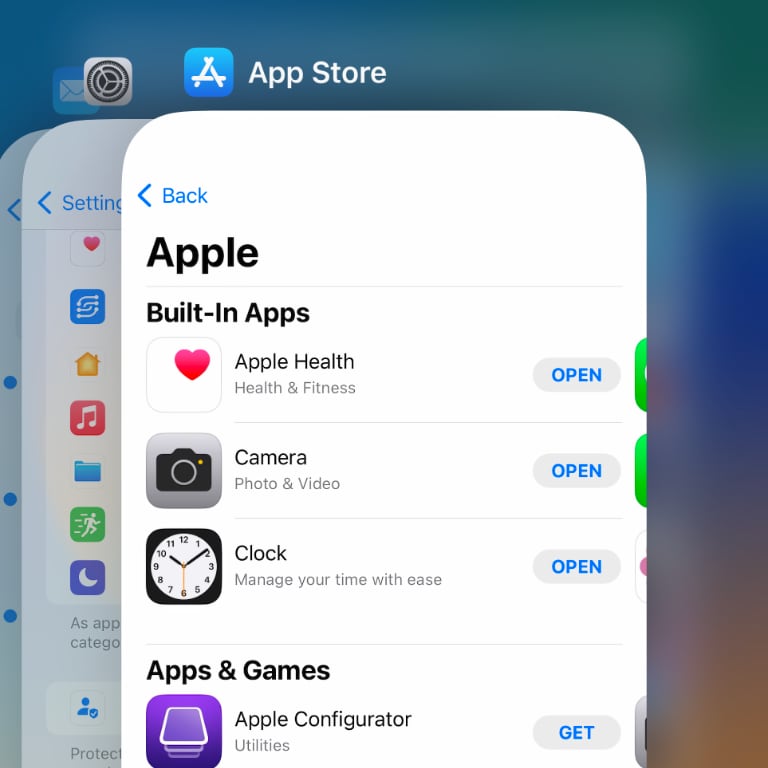 After you’ve done this, open the App Store again and try to install an app.

One of the easiest methods to try when it comes to fixing your app download issue is to restart your device. Hold the power and volume up buttons until the prompt appears to power off your phone. Slide the icon to power off.

Once the phone has powered off, just press the power button to turn it back on. After your phone has rebooted, see if you can install apps. If this didn’t do the trick, it’s time to look into other methods.

One issue that seems particular to iOS 16 is that you can download older apps, but not new ones. If you can’t install new apps, this could be your problem. Fortunately, it’s an easy fix.

Open the App Store, then tap on your user icon in the top-right of the screen. Here, tap on Purchased > My Purchases. Scroll through the list and tap the download icon (cloud with a down arrow) of an app you already own. 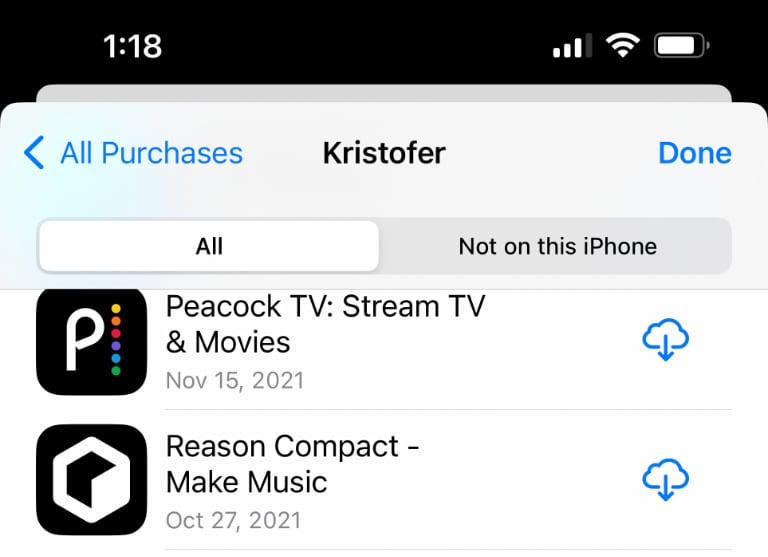 If that app downloads and installs successfully, try installing a new app. You may find that you can now download and install new apps without issue.

A common fix for any iOS issues which involve syncing or your iCloud account in any way is to sign out, then sign back in. This fixes a surprising number of problems across Apple devices.

To start, open the Settings app, then tap your account details at the top of the screen. On the next screen, scroll all the way down the bottom, then tap the button labeled “Sign Out.”

This will take a while, depending on how much iCloud data your device needs to download or remove. Once you’ve signed out, open the Settings app and tap “Sign into your iPhone” at the top of your screen.

Follow through the prompts, then restart your phone as mentioned above. Once your phone is rebooted, try downloading a new app again.

There is a final option that may allow you to install apps on iOS 16, but it could potentially pose somewhat of a security risk. You can enable Developer Mode, which, among other things, may bypass some of Apple’s security checks around apps.

Open the Settings app, then scroll down and select Privacy & Security. Here, scroll to the bottom of the screen and tap Developer Mode. On the next screen, enable the toggle for Developer Mode.

This option doesn’t seem to appear for everyone running iOS 16, but enabling it has let some users install apps when they couldn’t otherwise. If you’re concerned about potential security risks, turn Developer Mode off after you’ve installed the apps you’re looking for.

If none of the options here work for you, it’s possible to downgrade to iOS 15 without losing your data.