During Apple’s Peek Performance event, the company had a surprise announcement that we weren’t expecting. No, it wasn’t a redesigned iMac Pro, and it wasn’t the rumored M2 chipset. Instead, Apple debuted its all-new Mac Studio, which looks like a couple of Mac Mini’s stacked on top of each other.

But ignoring the thicker design, the Mac Studio has immediately become the de-facto choice for professionals who need to get work done. It has a small enough footprint that the computer can just sit on your desk, along with offering plenty of ports to connect your peripherals.

However, since this isn’t a more powerful iMac, the Mac Studio operates as a “headless” computer. This means that you’ll need to provide your own monitor (along with your own keyboard and mouse). Today, we’re looking at the best Mac Studio monitors that you can find. 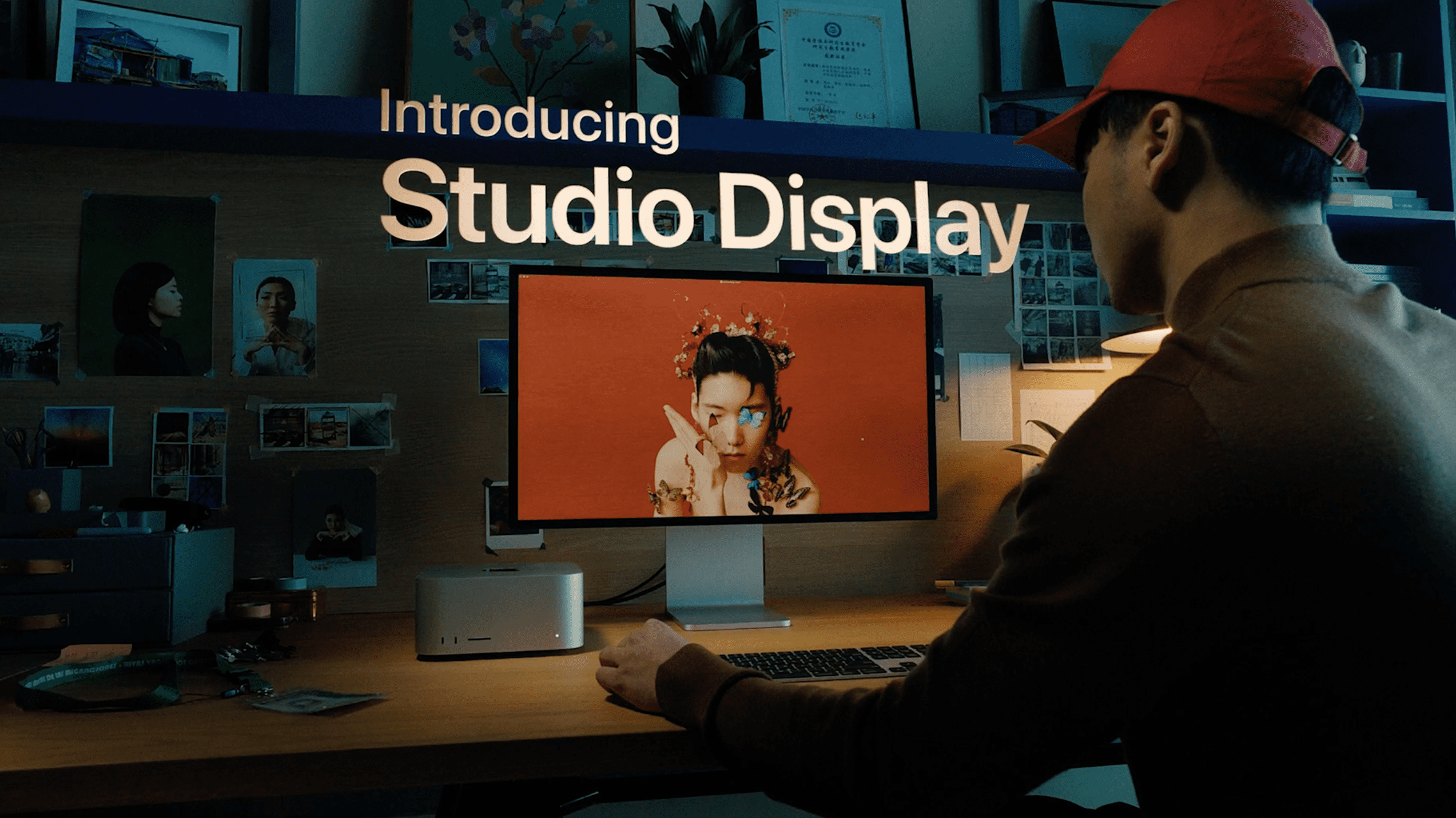 The most obvious choice is the all-new Apple Studio Display, which was announced alongside the Mac Studio. The Studio Display offers a 5K (5120 x 2880) resolution and comes in at 27-inches. It includes support for the P3 wide color gamut, Apple’s True Tone technology, and it can even be used with various reference modes.

But the fun doesn’t stop there. Apple’s new Studio Display is also equipped with a 12MP ultra-wide camera that is hidden in the top bezel of the monitor. This includes support for the extremely useful Center Stage functionality that will pan and zoom while keeping you in the frame. Finally, there’s a “high-fidelity” speaker system built-in, complete with force-canceling woofers.

Before Apple unveiled its latest monitor, the LG UltraWide 5K was the go-to option for many. Really, it was between this one and the LG UltraFine, but this monitor provides even more screen real estate. The display itself measures at 34-inches, sporting a 5120 x 2160 resolution and support for HDR playback. Other features include Thunderbolt 3, HDMI, and DisplayPort options for connecting your computer, and it can even be used to charge a MacBook Pro if you need to.

It might not be obvious yet, but we’re big fans of ultra-wide monitors. And it doesn’t get much wider than the Samsung Odyssey Neo G9. This behemoth measures in at a whopping 49-inches but uses Samsung’s excellent Mini-LED technology. It even supports faster refresh rates (up to 240Hz) and offers a 4K UHD resolution. Plus, the included monitor provides some flexibility as you can swivel and tilt, along with adjusting the height.

Bringing things back down a notch, our next pick for the best Mac Studio monitors is the Dell UltraSharp U2720Q. This one features a 27-inch display, complete with a 4K UHD (3840 x 2160) resolution. There are plenty of different ports to choose from, and it’s even VESA mount compatible so you don’t have to stick with the included stand if you don’t want to.

Outside of the Pro Display XDR, there aren’t many monitors that Apple actually sells in its physical and online storefronts. However, it’s clear that LG and Apple worked together with the UltraFine 5K monitor. In addition to the 5K (5120 x 2880) resolution, the UltraFine offers a built-in webcam and a Thunderbolt 3 port that provides up to 94W of power. There were rumors that LG would be ditching this model, but it seems that the Ultrafine 5K is here to stay, at least for now.

The lightweight design of the Mac Studio might invoke thoughts of a portable computing powerhouse. And while that’s true, you’re going to want to make sure you have a proper monitor to pair with it. Enter the ASUS ProArt Monitor. The one that we’re recommending provides a 1080p resolution, but is color accurate and supports 100% sRGB. It’s just not something that you find every day and would pair quite nicely with Apple’s new Mac Studio.

This monitor from Lepow is the least-expensive option on the list, coming in at just $220. But it’s also unlikely that it will end up being the primary display for your Mac Studio. However, the portability adds some welcome flexibility, so you can take your Mac Studio out of the office, or just have a secondary monitor off to the side of whatever you choose as your primary screen.