You are here: Home / iPhone / How to Bypass Setting up Apple Pay during iPhone Update

Ever since iOS 11.2 was released, we have found that many folks are getting stuck with pending Apple pay setup messages on their iPhone. Once you download the new iOS update and start installing the software, it wants you to set up Apple Pay to complete the setup. If you ignore setting up Apple pay during the upgrade, there is a red notification on your settings screen that you can’t seem to get rid off! So how in the heck do we bypass setting up Apple Pay? 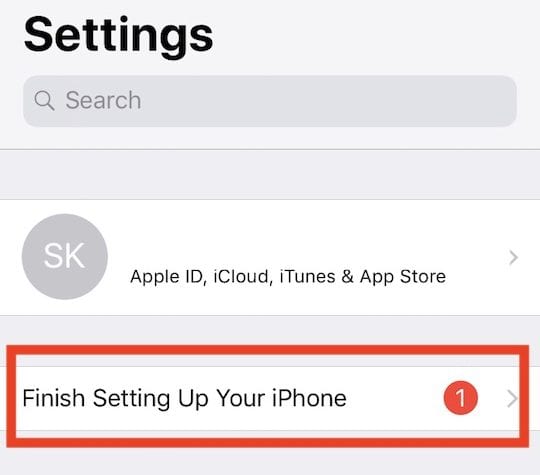 You don’t have to set up Apple Pay on your iPhone if you don’t want to use it. You can bypass the Apple pay notification after setup by simply following a few more steps. 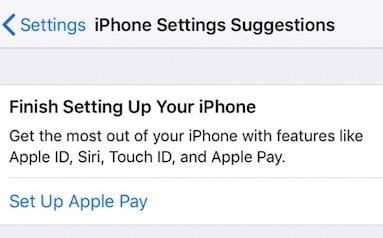 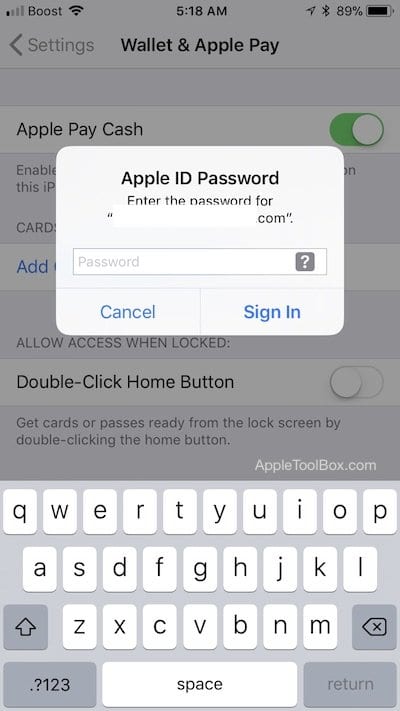 This particular issue was driving me insane for days after the iOS update on one of my iPhones. It can be annoying when a notification continues to remind you that there is something wrong with the setup because you are not using an Apple provided feature that is optional. We hope Apple drops this in future iOS releases so that users don’t have to go in and explicitly opt-out of something to make their setup kosher.

Can’t Text Because of “Send Money with Apple Pay” Message?

The recent iOS 11 updates also introduced a new feature for Apple Pay that allows you to send money through Apple Pay Cash to other people using your Messages App. Great feature for some folks, but a headache for many! 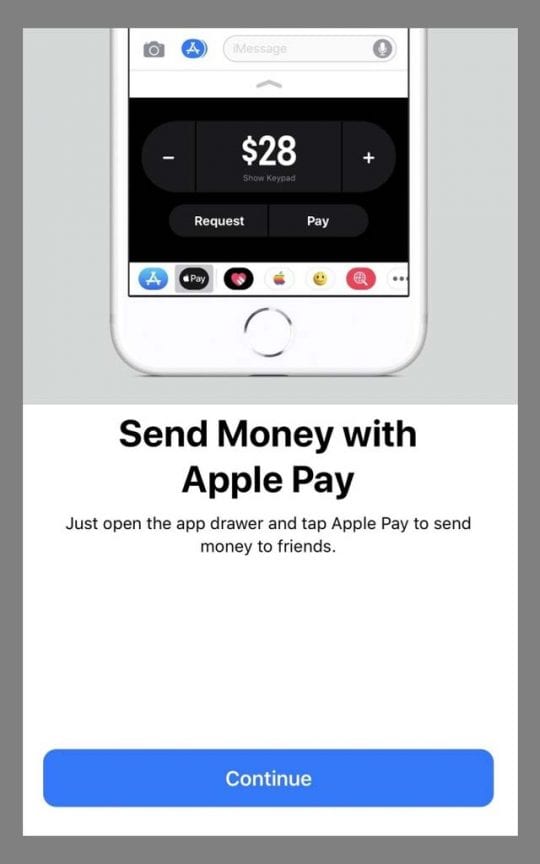 It seems that to progress beyond this screen, you have to tap on the Continue button for setting up Apple Pay Cash. But many of our readers DON’T want to set this up, so how do we get around this ad for Apple Pay Cash and return to reading and creating texts?

This pop-up is Apple’s way of alerting you that your iPhone (and iOS) now has a new feature that allows you to send money through iMessage. Not the best way to announce a new feature, especially when asking for sensitive credit card information!

We hope that these quick tips were helpful! Not sure if this will continue to work with future iOS upgrades but for now the workaround is working, and the annoying notification can be removed without requiring you actually to set up Apple Pay on your iPhone.

Please let us know in the comments below if you have any questions or comments.