You are here: Home / Apple TV / Apple TV Will Not Turn On, How To Fix

The Apple TV is arguably one of the best media streaming boxes on the market. But that does not mean that there are not issues that arise from time to time.

One such issue that has been popping up is the fact that the Apple TV has become unresponsive. This has led to many folks left scratching their heads, unsure of what to do.

Today, we’re going to take a look at a few different steps that you can take to try to fix your Apple TV. It’s important to note that these steps should work for any Apple TV other than the new Apple TV 4K.

Before getting started, there are some indications that you will notice if things are acting up. These have to do with the white notification light on the front of your Apple TV. 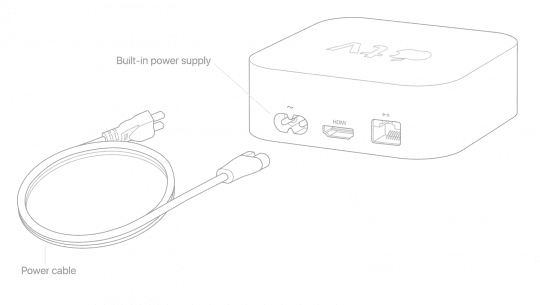 If you are having troubles with your Apple TV, then you will want to try some of the following methods:

If you’ve exhausted these fixes and are still having issues, you may have to bump things up a notch. Luckily, there are a few more fixes to test out to get your Apple TV working again.

Switch to another Display Mode

In some cases, your Apple TV and regular television may not see eye-to-eye on the resolution. When this happens, you will want to change the resolution to see if this brings your ATV back to life.

If this doesn’t fix things with your Apple TV, then we are starting to get into dangerous territory. Have no fear, as there is another fix to try out before resorting to contacting Apple for support.

From time to time, a simple reset may fix all of the issues that you could be running into. This can either be performed through the Settings panel on your ATV, or with the included Remote.

Of course, the above methods don’t really matter much if you can’t see anything on your TV. But, Apple has included a way to restart your ATV from the included remote.

Unfortunately, if a restart doesn’t knock out the cobwebs, then you’ll likely be forced to perform a restoration on your Apple TV. This is not the most ideal situation, but it could still get everything to work properly without needing to contact Apple.

If the light on your ATV is flashing for at least three minutes, then you will want to restore the device. You will also want to restore your Apple TV if you see a triangle warning on your TV display. This method is a bit tedious, as you’ll need to make sure you have a USB Type-C or MicroUSB cable handy.

During the process of restoring your ATV, it’s important that you don’t unplug any of the cables attached to the device. This will ensure that the process runs smoothly.

What about the Apple TV 4K?

Apple launched the TV 4K back in September of last year, but removed one key element that was found in previous models. Instead of keeping the USB-C port found in the 4th generation ATV, Apple opted to remove this altogether.

This decision has removed the ability for users to be able to safely restore their ATV from their homes with iTunes. Instead, if you run into any major issues with the ATV 4K, you’ll be forced to contact Apple for support.

If you have an Apple store in your vicinity, it may be a better option to head to the store. That way, you don’t have to wait for Apple to respond to emails and can get your ATV replaced on the spot if it’s under warranty.