You are here: Home / News / Game Center In iOS 14: Everything New

In iOS 14, Apple users finally got some of their most requested updates, like an App Library, Home Screen widgets, and a redesigned Game Center.

Ok, so maybe there aren’t that many Apple users clamoring for an updated Game Center on iOS. I’d wager that it’s one of iPhone’s least-used features, right behind the social components of Apple Music.

With iOS 14, however, Apple made some significant improvements to Game Center. It isn’t the quintessential gaming hub yet, but it’s certainly much closer to being a “Game Center” in iOS 14 than the “Game Options” that users received in iOS 13.

In today’s post, we’ll cover everything new in Game Center – which is just about everything.

What is the Game Center?

Considering the Game Center’s unpopularity, I wouldn’t be surprised if many readers aren’t even sure what it is. So to start, let’s have a formal introduction.

Apple’s Game Center is the connective tissue between the various gaming apps you download from the App Store. It combines your scores, achievements, and gaming history into one place, similar to the achievements and friends lists you find on Xbox and PS4.

The second component of the Game Center is that it serves as a place to make friends in mobile games. You can add Game Center friends from your contacts as well as from the games you play. Like adding friends on any gaming platform, this makes it easier to queue up with these players and to see what they’re playing.

An important note on Game Center is that it is a feature developers can implement in their games, but it’s not required. For this reason, you’ll probably have a handful of gaming apps that are not integrated with Game Center.

First and foremost, the Game Center gets a new design in iOS 14. It’s a huge improvement, but that isn’t saying much, considering how lackluster iOS 13’s Game Center was. Before iOS 14, the Game Center section in the Settings app was just a place to customize your gamertag, add or remove friends, and… well I guess that’s really all it was for.

In iOS 14, you’ll notice that Game Center looks like an app within Settings, resembling contact cards in the Contacts app. All of the core features are still there, but they’re presented more visually. 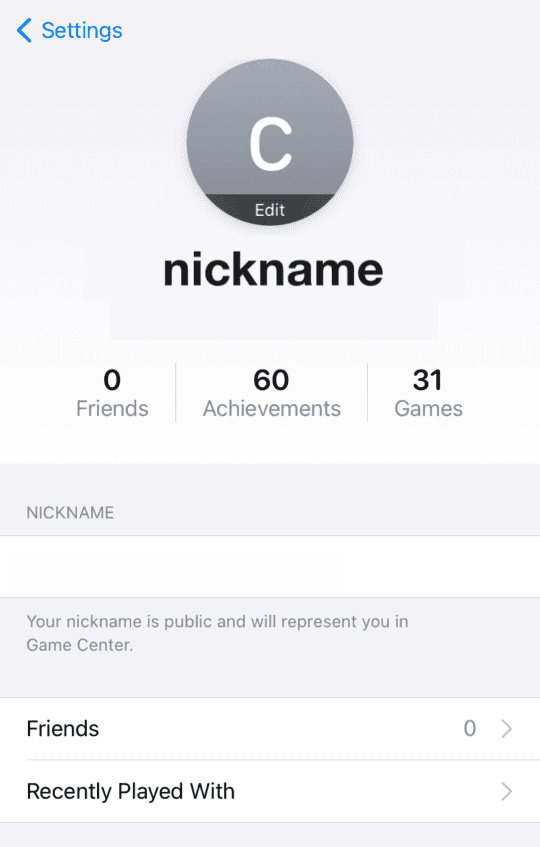 Additionally, Apple has added a few new features and settings that you’re likely to enjoy.

The first of these new features is a privacy setting. You can now change your Game Center profile to Everyone (as in, everyone can view your Game Center account), Friends Only (i.e., only your friends can see your account), and Only You (as in- well, you get the idea). 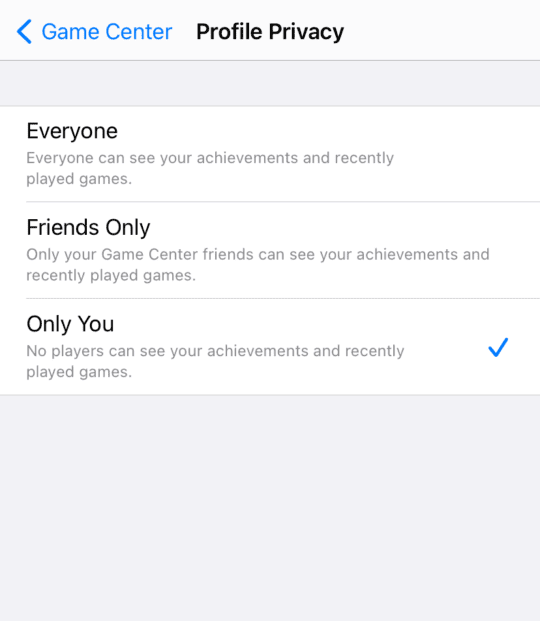 This is an appreciated feature, but you shouldn’t feel like setting your status to Everyone is going to give away any sensitive information. The only thing people can view when looking at your Game Center profile is your achievements and recently played games.

Achievements are nothing new in Game Center. However, it wasn’t until iOS 14 that they became easily viewable within Game Center. There’s now a new section dedicated to your achievements where you can track your progress, view your accomplishments, and see a nice bit of artwork associated with each achievement. 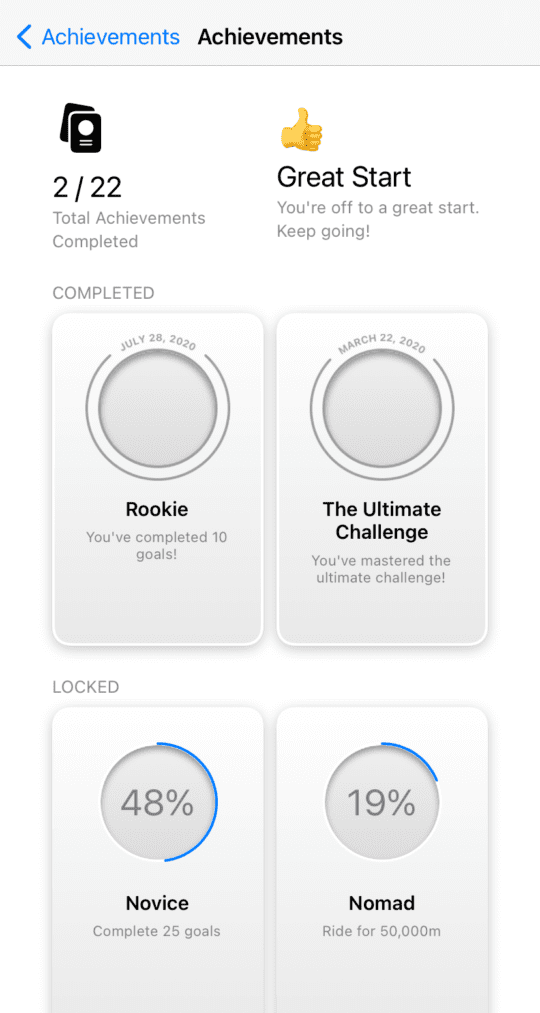 One note I’ll give here: It might just be a bug with my iPhone or a lack of artwork added by the developers, but none of my achievements appear to have any art attached to them. I have the same default grey circle for all of my achievements.

Climb up the leaderboards

Leaderboards are another feature that has been around in Game Center for some time, but they were largely ignored by developers. Apple aims to change this in iOS 14, adding new features like daily, weekly, and monthly challenges, as well as encouraging competition between friends.

Unfortunately, there’s no way to view your leaderboard progress in the Game Center section of Settings, so you’ll have to check in with your apps to see how you’re doing.

Play with your friends

For most, making and playing with friends is the most important aspect of Game Center, and it’s a feature that’s been expanded on in this latest update. When you check the Game Center in Settings, you’ll see friend suggestions from your contacts and have an easier time adding or removing them.

It’s also easier to add friends in-game, and when you check a game in the App Store, you’ll be able to see if any of your Game Center friends have been playing that game.

For mobile gamers, Apple Arcade is a bargain. It gives you access to more than 130 games for just $5/month, all of which are sponsored by Apple to ensure high-caliber quality. Many of these games are made by studios that traditionally work on console-exclusive titles, and it’s interesting to see what they do on a mobile platform like iPhone.

In iOS 14, the integration between Apple Arcade and Game Center significantly improved. You’ll now get an in-game dashboard that allows you to view things like achievements, leaderboards, your profile, friends, and more.

Apple Arcade still has a ways to go before it’s “taken seriously” by the gaming industry, but this is a step closer to bridging the gap between mobile and console games.

Support for the Xbox Elite 2 and Adaptive controllers

Both of these additions are great news for Apple gamers, especially those who play on larger screens like tvOS and iPadOS. You could already use PlayStation 4 controllers with iOS, tvOS, and macOS devices, so now both ends of the gaming aisle can use a controller in place of a touchscreen.

How to connect an Xbox controller to iPhone

To connect an Xbox Elite 2, Adaptive, or Bluetooth-enabled Xbox One controller to your iPhone, start by making sure that Bluetooth is enabled on your iPhone. 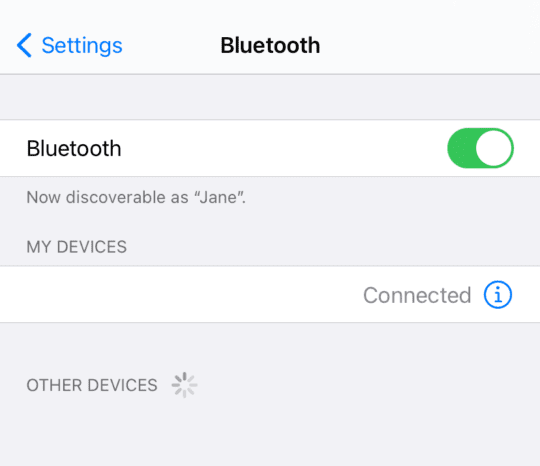 And that’s it! You should now be able to use your Xbox controller with any iOS apps that support it.

How to use Game Center in iOS 14

To use Game Center in iOS 14, start by visiting the Settings app and tapping on Game Center. 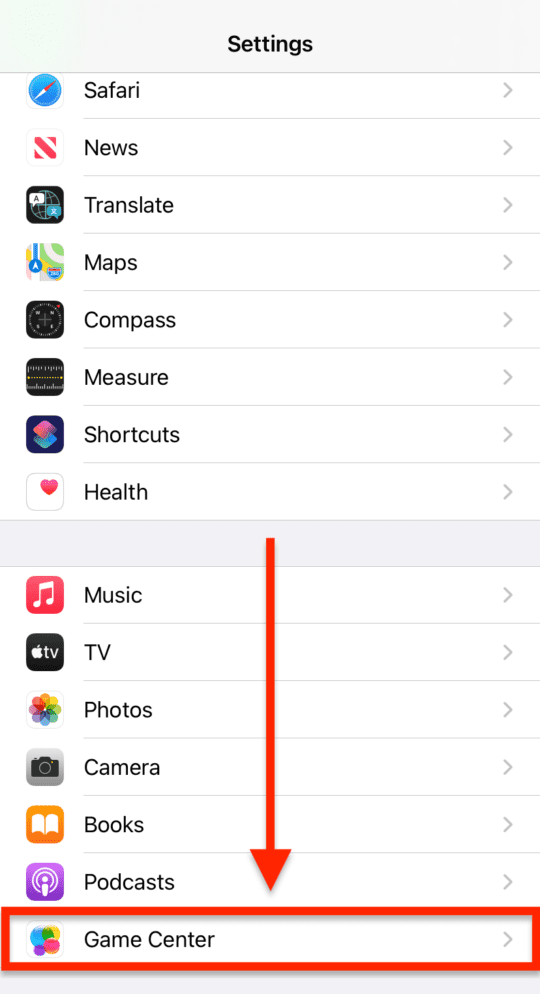 If you’ve never used Game Center before, you’ll need to start by turning it on. Once turned on, you can create a nickname and add a profile picture to your Game Center account.

To add friends to Game Center, tap Friends, Add Friends, and type in the phone number or email of anyone you want to add in Game Center. For them to add you as a friend back, they’ll need to own at least one iOS, iPadOS, tvOS, or macOS device, and to have Game Center set up on that device. To remove a friend, swipe left on their name and tap Remove.

Connecting a game to your Game Center account will vary by game, but most will have the Game Center icon present on their home screen. If not, you should be able to find options for Game Center in the settings of most mobile games. Once connected, you’ll have access to the features described in this article and more!

Game Center in iOS 14: Is it finally ready?

Game Center has been around on iPhone since 2010, but for the most part, it’s a feature that has largely gone unused and underdeveloped. These latest improvements and additions, however, point to a brighter future for Game Center. Hopefully, as progress continues to be made, the Game Center will come closer to being a fully-fledged hub of gaming on Apple devices.