You are here: Home / iPad / Getting Started With iPadOS 16 Features

If you’ve been following AppleToolBox, then you know that we just covered the iOS 16 update. In that post, we looked at all of the best features that you should start using right now in iOS 16. And in this post, we’re going to be looking at the best iPadOS 16 features.

To be clear, iPadOS 16 is not out just yet. It’ll be coming out sometime in October. So you still have a month to wait before that OS releases.

Still, we figured now is as good a time as any to cover the top iPadOS 16 features to look forward to. Just know that we aren’t going to be covering the features that overlap, which is pretty much all of them. So if a feature is in both iPadOS 16 and iOS 16, then you’ll only find it in the iOS 16 post published here at AppleToolBox.

With that out of the way, let’s get started!

How to install and start using iPadOS 16 features

First, let’s cover how to install and start using iPadOS 16. To reiterate, iPadOS 16 is not currently available. It’ll be available some time in October, about a month from now.

The first thin you’ll need to download iPadOS 16 is a compatible device. Here’s a list of the devices that are slated to work with iPadOS 16:

If you don’t have one of these devices, then you aren’t going to have access to this update. This is one of the slimmest lists for an iPadOS update, so if you’re left behind, know that you aren’t alone.

For those that do have a compatible iPad, here’s how you install iPadOS 16 (once it releases, of course). Open the Settings app, tap General, then tap Software Update.

There, you’ll see the option to update to iPadOS 15.7 or, if you look a little lower, to upgrade to iPadOS 16. iPadOS 15.7 contains security updates to make your iPad more secure, so it’s a good option for those who want to keep their device secure but aren’t interested in iPadOS 16.

For most of us, though, we want to those new and exciting iPadOS 16 features. So go ahead and scroll down a bit and select the iPadOS 16 upgrade. Follow the onscreen prompts, and in about 30 minutes or so, your device should be updated and ready to use the latest iPadOS features!

With your iPad updated to iPadOS 16, you’re ready to start using the following iPadOS 16 features. Again, we’re not going to be covering features that were already covered in our post on iOS 16. I recommend you read that post for a more complete list. This is just a collection of the iPad-exclusive features.

The biggest and most exciting addition in this list of iPadOS 16 features is Stage Manager. This is a feature that gives you far more control over the windows you use on iPad.

In the past, you could only use apps in fullscreen mode. And while you could split screen apps, your options for doing so were a bit limited. 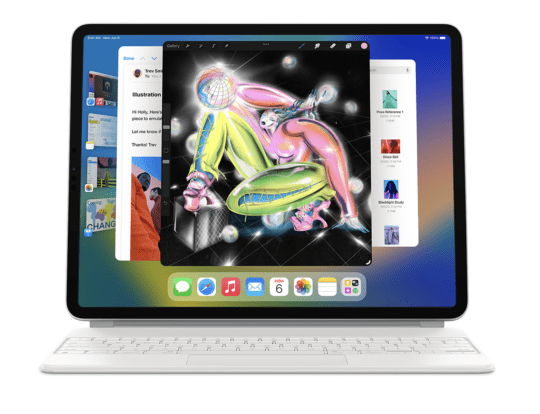 In iPadOS 16, Apple is taking off the training wheels and finally allowing you to treat apps similar to how they’re treated on a desktop computer. You can more precisely control the width of side-by-side windows. And you can even have floating windows, with the Home Screen visible behind them.

And, when using floating windows, you can have multiple windows onscreen at once. That’s a pretty big deal! And you can easily switch between workspaces as you go, bringing various groups of windows to the forefront.

We’ll have to wait until this feature is released in a month’s time to really get the scope of it, but for now, just know that it could drastically change the way you use your iPad.

You can now use an external display with your iPad

A less groundbreaking but still important mention on our list of iPadOS 16 features is the ability to use an external display with your iPad. For years, the iPad has been capable of acting as an external or extra display for your Mac. But it’s never been able to connect and display to an external display. 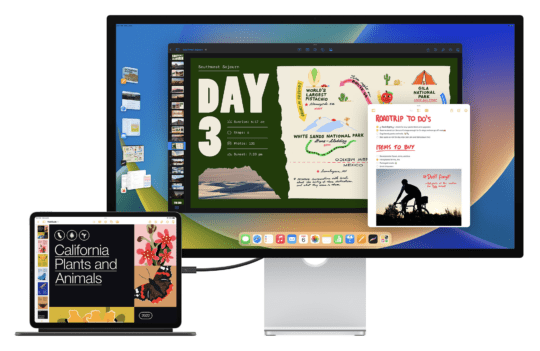 Well, now you can! Just plug your iPad into a monitor and it’ll start casting to that monitor. This allows you to see your work on the big screen and, ostensibly, turn your iPad into a desktop computer. Pretty insane.

View the weather on your iPad (again, for the first time)

Another insane feature (although for entirely different reasons) is the addition of the Weather app on iPad. It’s insane because it took so long for this to happen! Regardless, though, it’s here and it’s great. 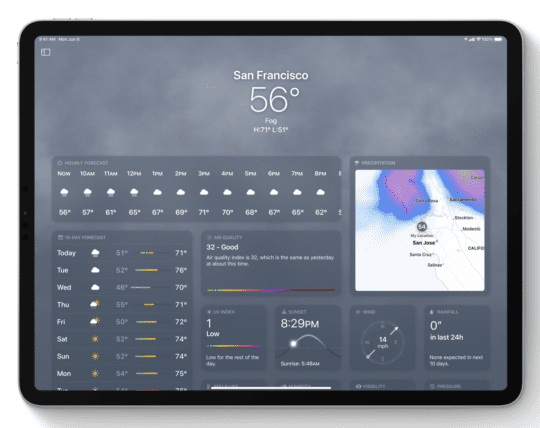 Using the Weather app on your iPad provides the same great insights that your iPhone offers plus some. You can check out more data and see greater details about the weather patterns in your area.

Super useful, and it’ll be nice to finally have Weather widgets on iPad.

Next on our list of iPadOS 16 features is one that’s a bit vague sounding. We’ll have to experience it hands-on to get an idea of what this really means. 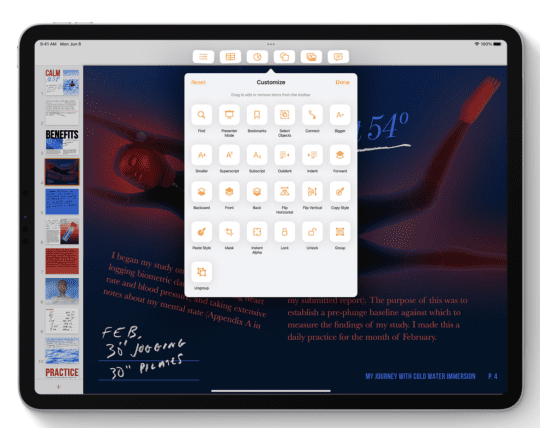 But for now, what we know is that Apple has made a handful of its stock apps more like their desktop counterparts. That means things like editing file extensions in the Files app, create groups in Contacts, accessing document menus in apps like Photos and Files, and making Find and Replace more widely available throughout the OS.

This both sounds pretty major and pretty minor. Again, we’ll need to see it in practice to fully understand the improvement. Just know that there is a little bit more that your iPad can do. We’re a bit closer to the potential reality of replacing your Mac with an iPad.

Freeform is a great new app for collaboration

The last of the iPadOS 16 features we’re going to touch on in this post is Freeform. Technically, this app will be available on iOS as well. But we’re mentioning it here because it feels like a bigger addition to the iPad than the iPhone. 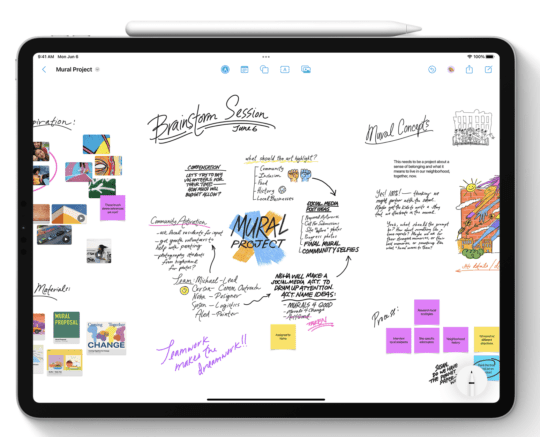 Freeform will be a collaboration app. You can draw in it, write in it, and add notes in it. You can share your Freeform documents with others, allowing everyone participating to see, tweak, and add to what everyone else is doing.

This seems like a useful app for planning out a project, especially if there are others working on that project with you. I would compare it to an app like Concepts on iPad, though likely a bit more Apple-y.

I will say that you shouldn’t expect this feature to come out with iPadOS 16. It looks like it’ll be released a bit later this year, though we don’t know exactly when. It’s still in the works, but it’s on the way!

Get excited for the best iPadOS 16 features

And that’s it! Those are the best iPadOS 16 features that you’ll be able to start using in just a few weeks. Or if you’re reading this in October, you may be able to use these features right now! Either way, we think these are great additions to the iPad platform, even if there aren’t as many as there have been in years past. Let me know which feature is your favorite in the comments below!