You are here: Home / How-to / How to setup Local Multiplayer and Two-Player Mode on Apple Arcade

As our favorite Cupertino-based company continues to shift its focus to services instead of just devices, we as the consumer get to reap the rewards. Apple Arcade was announced alongside Apple TV+ and the Apple Watch Series 5 in early 2019, before officially launching back in September of last year.

New games continue to make their way onto the service, but what about those times where you have some friends over? Can you really play local multiplayer or head-to-head in a two-player mode? Well, the answer is yes, and we’ll help you get started so you can sit on the edge of your seat and battle your friends. 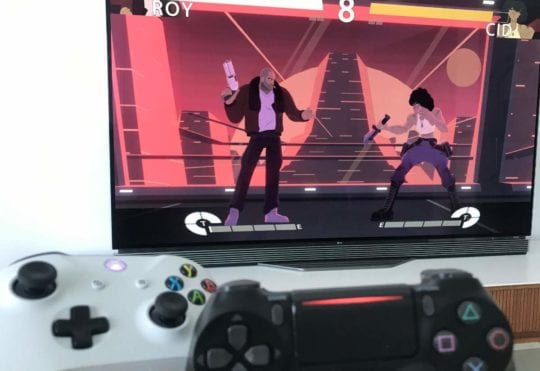 Before you can really jump into playing in either local multiplayer or two-player mode, you’ll need a way for everyone to play. It’s not realistic, especially if playing on Apple TV, for two people to use the same controller.

With the release of iOS 13, iPadOS, and tvOS 13, Apple introduced the ability to use third-party controllers from the likes of Microsoft and Sony. That’s right; this means that you are able to use your Xbox Wireless or Sony DualShock 4 controllers with your Apple devices. The catch is finding the right games, as not all of Apple Arcade’s offerings include support for controller input, let alone multiplayer modes.

If you have a controller, and your friend brings over another one, then you can quickly and easily pair these with your device. And another beautiful aspect of this is that iOS, iPadOS, and tvOS all support simultaneous pairing of controllers, even if it’s multiples of the same type (i.e. two Xbox or two DualShock 4).

Pair controllers on iOS or iPadOS 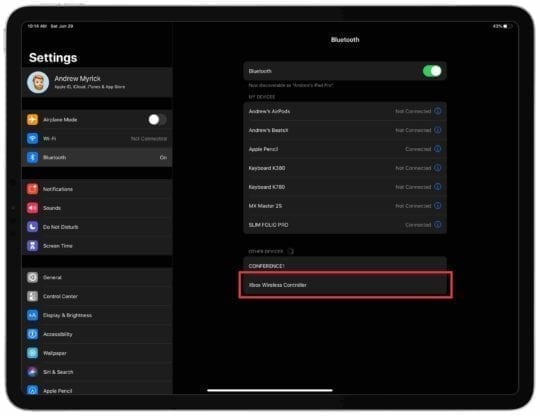 Pairing an Xbox or DualShock 4 controller is no different than pairing any other Bluetooth device to your smartphone or tablet. Here are the steps that you’ll need to take:

Pair controllers with your Apple TV 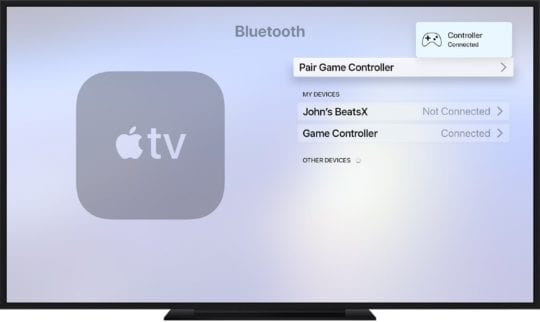 As is the case with iOS and iPadOS, the process for pairing your controllers is pretty straightforward. The difference with tvOS is that you are given a notification after the pairing process has been completed.

Once paired, a notification will appear in the top right-hand corner of the screen, saying “Controller Connected”. Then, you can control your Apple TV with your PS4 or Xbox controller and open whichever game you want to play. 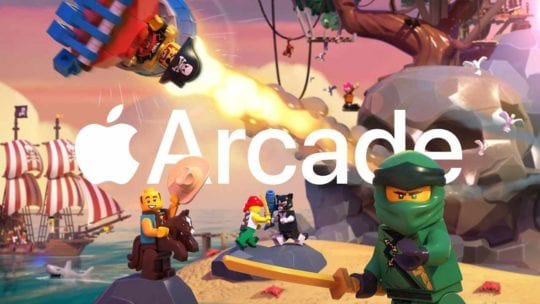 Okay, so you have all of the controllers turned on, paired, and connected. What do you do next? Well, you’ll need to find the right game to start up and be prepared to either have a lot of fun or get really frustrated (based on your competition).

The sleuths over at Reddit have made a list of all of Apple Arcade’s games, including the number of players that are supported. Below, we have listed (and linked to) all of the games that allow for local multiplayer or two-player mode:

As one would expect, some games are more fun and have a higher rating than others. But we really recommend going through the list, finding ones that look even semi-interesting, and downloading them. Some downloads may take longer (i.e. Sonic Racing or Lego Brawls), but other games are super lightweight and will take no time to download.

That’s it! Find the right game and go to battle against your friends or family that want to have some fun.

We are expecting the aforementioned list of games to continue to grow over time, but the options already available are pretty compelling. If you haven’t already tried out Apple Arcade, you can do so right from your iPhone and will get a one-month trial for free.

There are already more than 100 games on the platform, and we are only seeing that number consistently grow. Sound off in the comments and let us know what your favorite Apple Arcade games are, and what if you have tried out multiplayer or two-player mode!