You are here: Home / Apple Watch / How To Use AssistiveTouch on Apple Watch

While many of us are hoping for Apple to bring a reinvigorated experience to iOS, iPadOS, and watchOS in the near future, Apple is already doing just that. However, instead of focusing on major new features for everyone, the company has been putting more focus than ever on Accessibility. And there’s no better example of this than the new AssistiveTouch features that were recently announced for the Apple Watch.

There’s a good chance that you might remember AssistiveTouch from the days of iPhones with broken Home Buttons. This is because the AssistiveTouch Accessibility feature is a way to add a virtual Home Button to your iPhone’s screen, providing a different method for interaction.

While many of us might have forgotten about this key Accessibility feature, Apple has finally implemented it into the Apple Watch. With it enabled, you can now use a combination of the built-in motion sensors along with on-device machine learning and hand gestures to perform different tasks or actions.

According to Apple, there are some limitations as you will need at least an Apple Watch SE or Watch Series 4 in order to use these features. From there, you’ll need to have at least watchOS 8.3 installed on your Watch in order for the features to appear. Here’s the full list of AssistiveTouch compatible Apple Watch models:

What Can You Do With AssistiveTouch? 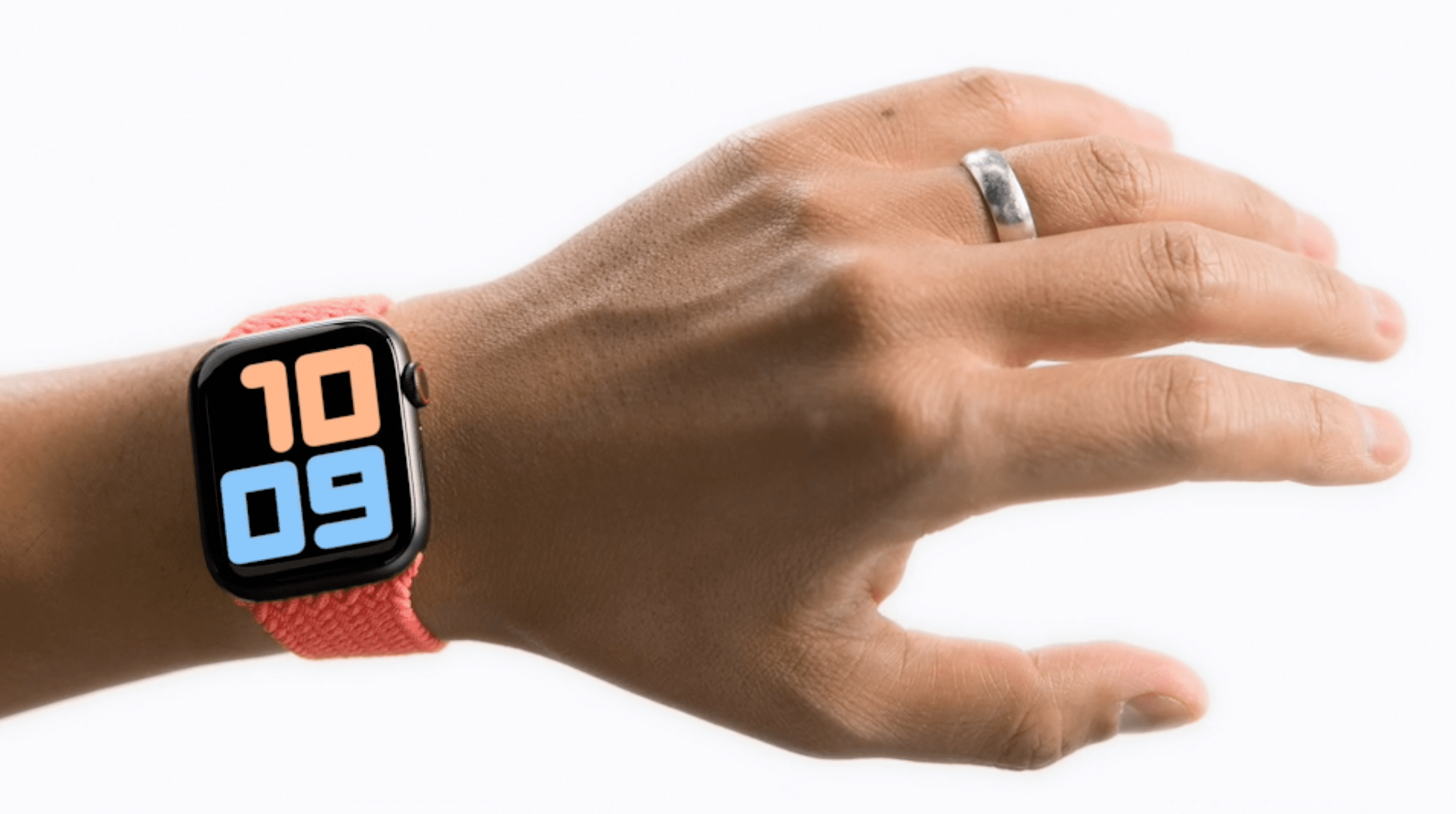 As we mentioned previously, AssistiveTouch on Apple Watch makes it possible for those with limb differences to still enjoy the Apple Watch. There are a slew of different sensors packed into your Apple Watch, all of which provide the different health and fitness tracking metrics that we rely on. As for how this new feature works, here’s Apple’s official description:

Using built-in motion sensors like the gyroscope and accelerometer, along with the optical heart rate sensor and on-device machine learning, Apple Watch can detect subtle differences in muscle movement and tendon activity, which lets users navigate a cursor on the display through a series of hand gestures, like a pinch or a clench. AssistiveTouch on Apple Watch enables customers who have limb differences to more easily answer incoming calls, control an onscreen motion pointer, and access Notification Center, Control Center, and more.

If you’re still looking for a more robust list of options, these are the different actions that can be performed once AssistiveTouch has been enabled:

How To Set Up AssistiveTouch on Apple Watch 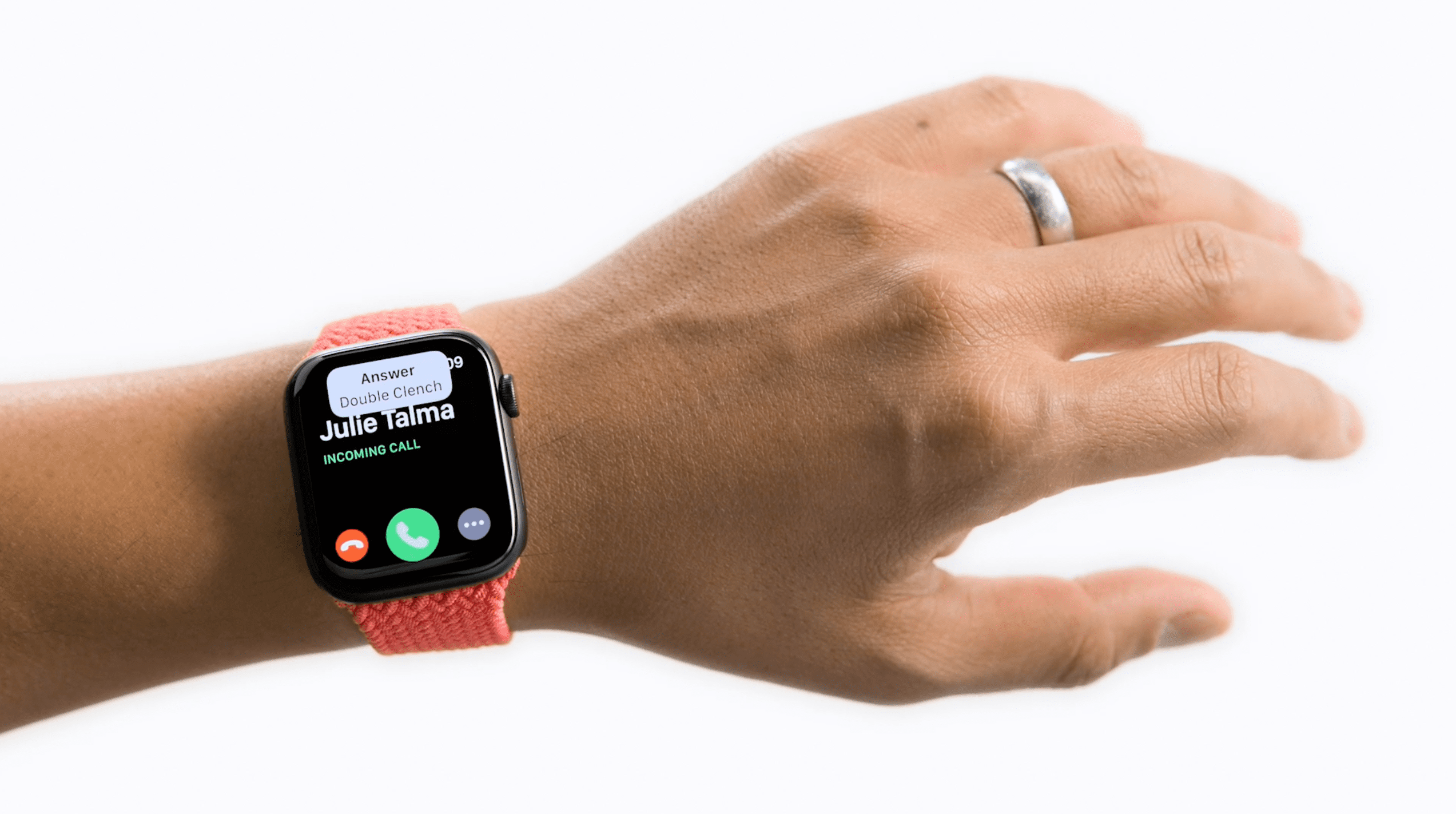 If you would prefer to work with a bit larger screen compared to your Apple Watch, you can enable AssistiveTouch from your iPhone.

And with that, AssistiveTouch with Hand Gestures is now enabled on your Apple Watch. If you ever need to turn the feature off, you can just follow the steps above and tap the toggle to the Off position.

How To Use AssistiveTouch on Apple Watch 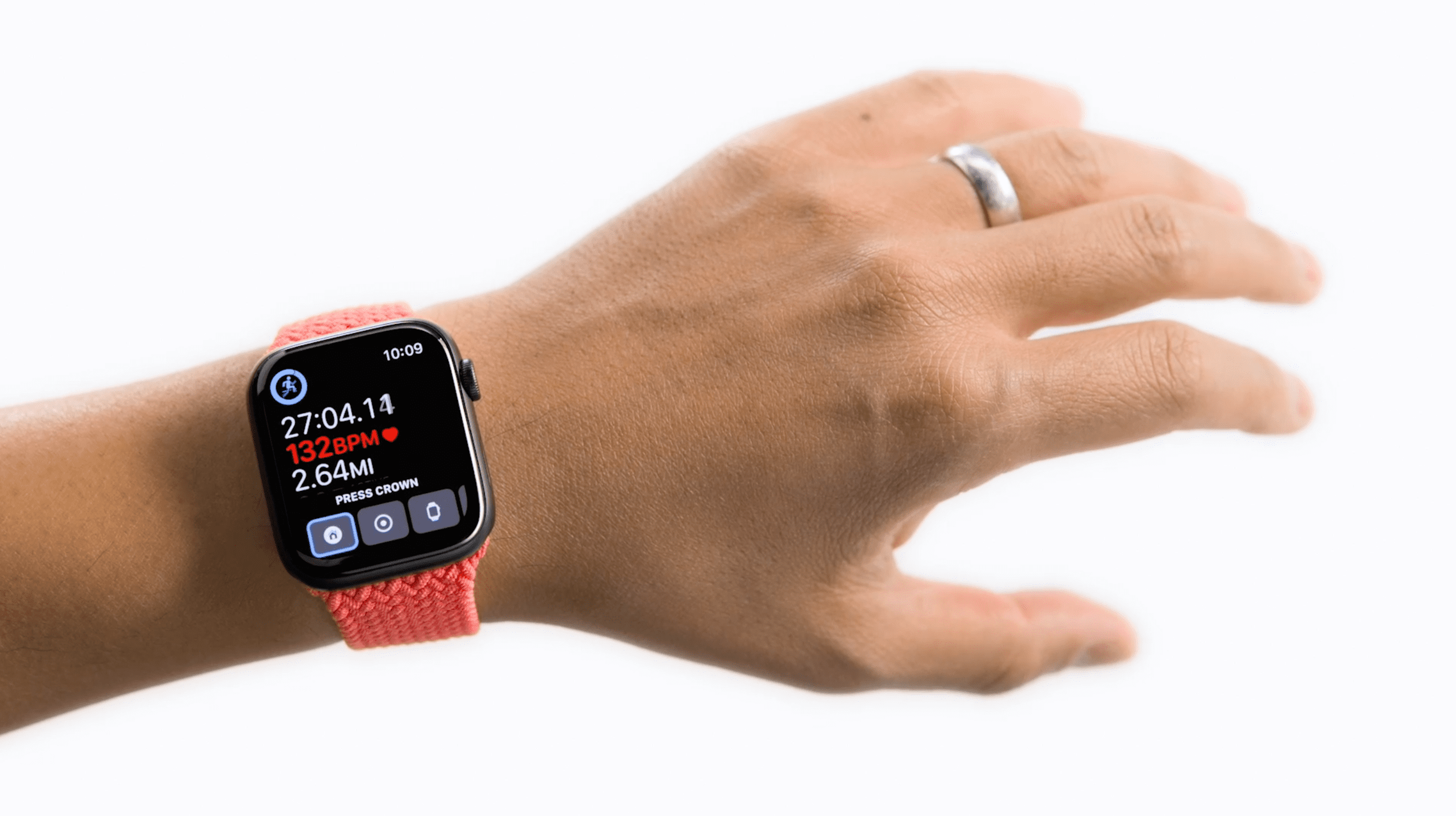 Regardless of whether you’re a long-time Apple Watch owner or not, Apple provides an interactive animation that walks you through the different gestures. This can be found in the Hand Gestures section of the Accessibility settings, as you just need to tap the Learn more button.

As if it’s not obvious enough, not everyone can perform the exact same amount level of motion, or perform different gestures in the same manner. That’s why Apple took things a step further with the implementation of AssistiveTouch, as there are also a plethora of different settings that you can customize. All of these can be found in the same AssistiveTouch panel in the Settings app:

Of course, you’ll want to go through and see if you run into any issues when you enable AssistiveTouch for the first time. This provides a baseline for what adjustments need to be made to ensure the best experience possible when using this new feature.