You are here: Home / iPhone / How to Use the New Visual Look Up Tool in Photos on iOS

WIth iOS 15, the iPhone quietly added a powerful new feature that went under the radar of most people. While the Live Text feature that lets you copy text from images is hard to miss, its counterpart, the Visual Lookup Tool, isn’t the easiest feature to accidentally stumble upon.

That said, if you haven’t tried the Visual Lookup Tool, you’re missing out. This could be one of the most powerful new features to come to the iPhone in quite a while, and it’s only going to get better from here.

What is the Visual Lookup Tool?

The Visual Lookup Tool is a feature in the Photos app, introduced alongside the Live Text feature in iOS 15. Both of these features aim to make your iPhone’s Camera a more powerful tool, letting you more easily capture and learn from the world around you.

Both of these use machine learning, a technology Apple has focused heavily on in its hardware in recent years. In the case of the Visual Lookup Tool, it scans your photos and uses machine learning to identify plants, animals, landmarks, and more.

All you need to do is point your camera, take a photo, and look at the information the Visual Lookup Tool finds.

Who Can Use the Visual Lookup Tool 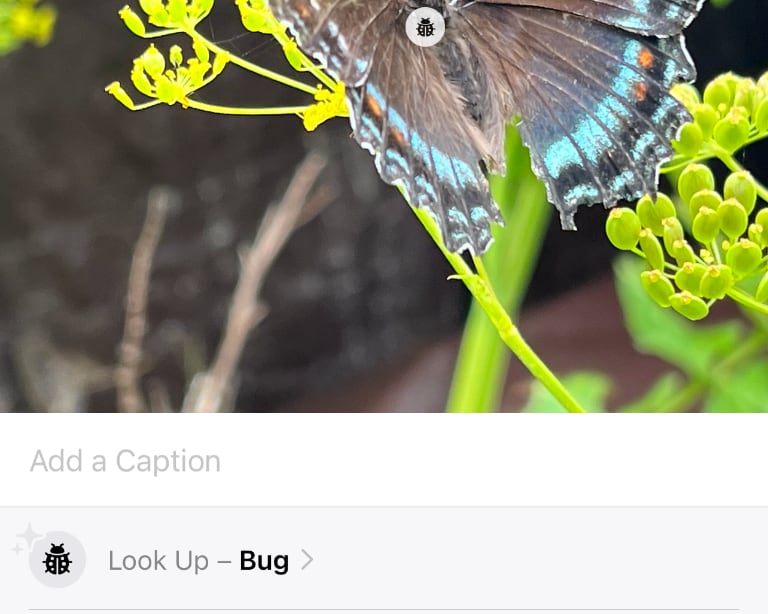 There’s one other restriction. At the time of this writing, the Visual Lookup Tool is only available in the U.S., or if you have your Region set to U.S. Presumably, the tool will eventually become available in other areas, but there is no concrete timeline.

How to Use the Visual Lookup Tool

Assuming you have a compatible iPhone or iPad, and your region is set to the United States, using the Visual Lookup Tool is easy.

If you have a large photo library, it may take quite a while for the tool to scan your older photos. That said, it seems to work very quickly on recently taken photos, though this likely varies between iPhone models.

To use the Visual Lookup Tool, open the Photos app and find photo in your library you want to look up. You can also take a new photo, but make sure to view it in the Photos app. Once you’ve found the right photo, swipe up from the middle of the screen, or tap the information icon (i in a circle) at the bottom of the screen.

An info panel will slide up, showing where the photo was taken and other data. Near the top, right below the field to add a caption, you’ll see the Visual Lookup Tool panel. If the tool can’t find anything, you won’t see the panel. 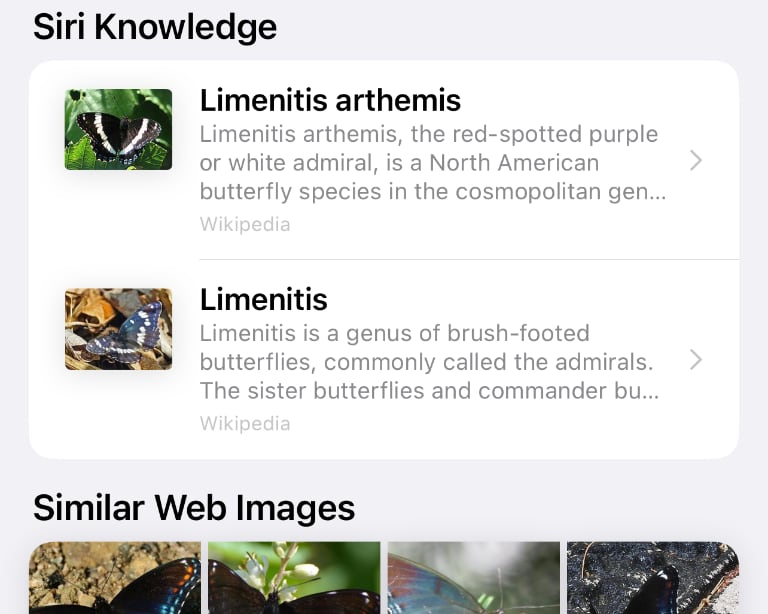 Tap on the text to see more information about the contents in the photo. The tool will show links to Siri knowledge, including the type of plant, bug, or animal. From here you can click on links to read more about your photo’s subject.