You are here: Home / iPhone / 3 ways the new laser time-of-flight camera could boost the iPhone 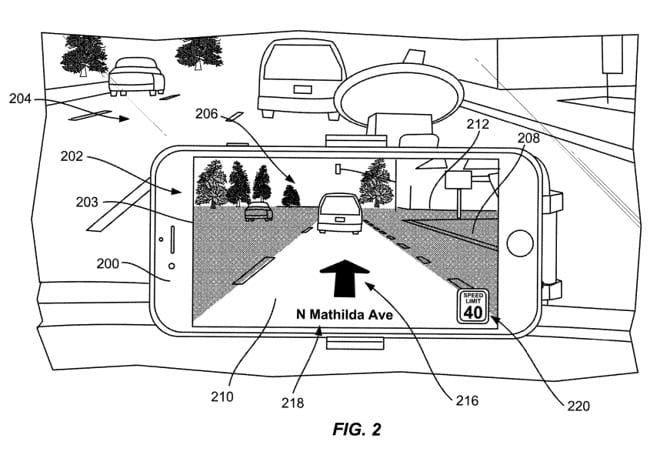 Apple may just add an advanced time-of-flight laser camera system to its iPhones in 2020. That’s based on a slew of rumors and reports, the most recent of which recently came from oft-accurate analyst Ming-Chi Kuo. But why should that matter to you? We have a handful of reasons.

Kuo says that Apple could first implement the ToF camera systems in two of the three iPhones that it releases in 2020. While it may just sound like a routine and incremental camera upgrade, a ToF system on an iPhone opens up a range of possibilities across the photographic and augmented reality spectrum. Here’s how it works — and what it could do.

How does a Time of flight camera (ToF) work?

While time-of-flight (ToF) systems would be new to the iPhone, they’re not based on new technology. (In fact, there are already several smartphones out there that use similar systems.)

In a nutshell, a ToF camera system can create an accurate 3D map of a device’s surroundings. It does this by beaming out a laser and measuring the time it takes for it to bounce off objects in a room or other environment.

Apple is expected to use vertical-cavity surface-emitting laser (VCSEL) technology for the rear-facing camera on future iPhones. If you’re an eagle-eyed Apple watcher, you may notice that that’s similar to the TrueDepth camera. But they wouldn’t be quite the same.

How is this different than the TrueDepth camera on your iPhone?

While the TrueDepth camera is based on VCSEL technology, it’s not a true ToF camera system. Because of that, it has some significant differences.

The TrueDepth camera uses infrared cameras and a dot projector to create a 3D depth-mapping of a user’s face. It only has an effective range of about 25 to 50 centimeters, however.

A true ToF iPhone camera system, on the other hand, would likely have an effective range around 15 feet. That means it would have to be built very differently.

On the other hand, there’s definitely the possibility that a rear-facing ToF camera could be used for Animoji or facial unlocking. There’s just the question of whether those features would be practical for the rear-facing camera.

Some potential use cases of Time of Flight Camera on iPhone

Of course, fancy new technology on an iPhone means nothing unless it offers tangible benefits to iPhone users. Luckily, a ToF camera system will do just that.

It’s not too much of a stretch to say that Apple is investing heavily in augmented reality. From continual development of its ARKit SDK to rumors about a potential AR headset coming sometime in the future, it certainly seems like Apple is all-in on AR.

Because of that, it’s likely that a ToF camera system’s primary application will be AR-related. And thanks to its 3D depth-mapping features, Apple could significantly bolster the capabilities of its AR platform.

Reports of a 3D laser camera system “enhancing” the AR capabilities of iPhones stretch back several years. And Ming-Chi Kuo recently said that Apple plans to use the system to create a “revolutionary AR experience.”

As far as how it might do that, that’s much less clear. But consider the fact that current ARKit apps make significant use of depth-mapping for virtual object placement, environment creation and a whole lot more.

In other words, you can expect a ToF laser camera system to significantly enhance both the realism and potential of AR systems across every Apple device it’s installed on.

Of course, this may not be particularly useful for the vehicular version of Apple Maps. According to Bloomberg, the maximum range of the ToF sensor in 2020 iPhones would be about 15 feet.

Theoretically, that could still detect the immediate environment in front of a vehicle. But an iPhone-based ToF camera system would much better be suited to indoor navigation. Just consider the fact that some drones use ToF sensors for indoor navigation to avoid obstacles or other hazards in itheirenvironment.

That possibility gets even more intriguing when you consider the fact that Apple’s 2019 iPhones are expected to support better indoor navigation technologies.

According to analyst Ming-Chi Kuo, the upcoming iPhones could feature ultra-wide-band antennas for short-range radio technology. Essentially, it’s a system that could allow for much more precise positioning indoors — like GPS, but for shopping malls.

While it may not be the most exciting use of a time-of-flight camera, the addition of one on a future iPhone could significantly enhance its photographic abilities. That’s important because the camera is undoubtedly one of the most-used features on an iPhone — or any smartphone.

For one, it could enhance the overall “look” of an image because of the additional depth information. Expect a ToF camera system to give an overall bump to general image quality.

But it could come in heady in other uses, too. Take low-light environments, for example. That’s an area in which the majority of smartphones suffer.

A ToF sensor could, theoretically, allow an iPhone to take in more information when capturing a low-light image, thanks to infrared or laser sensors. It could also help auto-focus lock onto a subject in dim situations.

Combined with software, it could also allow a camera to offer a better “bokeh” effect by differentiating a subject from a background. Portrait Mode could get much more accurate and DSLR-like.

Also, 5G technology is a must

It’s worth noting that the timing of the time-of-flight iPhone camera system probably isn’t coincidental. Apple’s first 5G iPhones, equipped with Qualcomm modems, are expected to arrive in 2020.

ToF camera systems, on the other hand, were originally planned for this year’s iPhone. More recent reports have pushed back that timeline to 2020.

But in his research note, Kuo said that 5G connectivity would be a must for the kind of AR experiences that Apple wants to create with the ToF camera. Because of that, it makes perfect sense for the two features to debut concurrently.

Are you excited about the upcoming iPhones? What are some of the new features that you are looking forward to apart from a better battery (We all want better batteries!)