You are here: Home / Mac / Processor, Memory, or Storage? How To Buy Your First Mac

Maybe you’re just starting college, maybe you’re switching from Windows, or maybe you’ve just never bought a computer before and are curious about the “Apple ecosystem” you’ve heard so much praise and derision about. Whatever your reasons, I assume that you are reading this post because you’ve decided to take the leap and purchase a Mac, either as your first computer or to replace a Windows computer.

Though just about everyone will purchase a computer at some point, there is something about buying a Mac that feels like more of a commitment than a PC. It could be the locked-in nature of Apple’s products, unfamiliarity with the brand, or simply the hefty price tag that Apple is infamous for.

To help you make the right decision when shopping for a Mac, we’ve put together this guide as a way to clear any confusion and alleviate the pressure of buying such an important piece of machinery. We’ll cover everything in this post, from the differences between processors, memory, and storage, to whether or not you should replace a MacBook with an iPad.

When you get ready to purchase your Mac from Apple’s website, you’ll run into three main customizable options regardless of which Mac you’re looking at: Processor, Memory, and Storage. Upgrading each of these factors is optional and can add several hundred dollars to the price of your Mac. However, they also play a big role in customizing your Mac’s performance, so understanding each will help you get the Mac that’s just right for you.

What is a computer processor?

The first thing you’ll be asked about upgrading is your Mac’s processor. A computer’s processor, also known as its central processing unit (CPU), is more or less your Mac’s engine. When you ask your computer to do something, it’s the CPU that does it.

For most users, what’s going to be more important here is the number of cores. Dual-core means you get two cores, quad-core is four cores, etc. You can think of each core as increasing the amount of power that your Mac can contribute to various tasks. If you have four cores, you can work on four different tasks at once without losing any performance.

What is computer storage?

Next up is computer storage. This is the easiest upgrade to understand, as it’s pretty straightforward. The more storage your Mac has, the more files it can hold. Many users can get by with just 256GB, the average user will never exceed 500GB, and pro users may need 1TB – though if you need that much storage, you probably know that already.

Additionally, you may notice that some of the storage options say “SSD” while others say “Fusion Drive”. A Fusion Drive is Apple’s custom version of an old school hard drive; these are the spinning disk drives that give older computers their nostalgic whirring sounds. SSD drives, or solid-state drives, use flash storage, meaning there is no disk. You can think of these like giant thumb drives.

Fusion Drives are cheaper, but they’re also more prone to breaking down as they physically spin. Since SSDs don’t move, they last much longer; you don’t have to worry too much about them dying before you upgrade to a new computer. We recommend getting an SSD, even if it means having less storage.

What is computer memory?

And that brings us to memory, which is probably the hardest upgrade option to understand. The best way of looking at it is by comparing it to your own memory:

Stored in your brain, you have accumulated knowledge. This includes things like rules in algebra, certain dates in history, righty-tighty lefty-loosey, and so on. Even though you know these things, you aren’t actively accessing them throughout your day. There may be a situation where you have to remember these, but otherwise, they sit tucked away somewhere in the folds of your brain with the rest of your knowledge.

This is how your computer’s storage works. It’s where all of your files, apps, and system data are stored.

Then you have your short-term memory. This involves whatever you are thinking about right now. If you’re cooking, you may have a recipe in your short-term memory, as well as some tips you learned from watching Gordon Ramsay videos on YouTube. You may also be thinking about the last time you cooked so you can avoid the same mistakes you made last time.

This is how your computer’s memory works. Memory, or RAM, is how much your computer can actively think about at once. The same way that your brain is only good at thinking about five or six things at the same time, your computer’s multitasking is limited by how many gigabytes of memory it has. In theory, if your computer had limitless RAM, it could perform hundreds of tasks at once without anything crashing.

Should you choose to upgrade the processor, memory, or storage when buying a Mac?

Now that we’ve established what processors, memory, and storage are, it’s time to decide which you want to upgrade. In a perfect world, you could max out all three on your Mac of choice, but odds are you don’t have the budget for that, and truth be told, you probably would never use those upgrades anyway unless you’re a power user.

If you’re a pretty average user, meaning you need a computer to browse the internet, write some papers, and occasionally edit a video or write a song, then your Mac’s processor is pretty irrelevant. Save your money and stick with the default option here, you won’t notice a difference.

If you’re a power user, meaning you edit videos, work with 3D models, produce music, or are a digital artist or photographer, then upgrading your processor might be worth it. Opt for more cores rather than more power.

Storage is generally an easy decision. Just look at your current computer, see how much storage you’ve used, and use that to inform your decision. Again, average users are likely fine sticking with the default storage option, while pro users might need to upgrade it if you work with large files, such as videos and photos.

Memory is where you want to invest the majority of your upgrade budget. It will have the biggest impact on your Mac’s performance and lifespan, and as it’s not upgradeable after you purchase your Mac, you want to invest in it now. In 2020, 16GB of memory is a must, even if you’re a casual user. Pro users will want to opt for 32GB at least and more depending on how intense your usage is.

With the upgrade options covered, it’s time to touch on a few other decisions you’ll have to make when purchasing a Mac, starting with the age-old debate: Mac or MacBook? 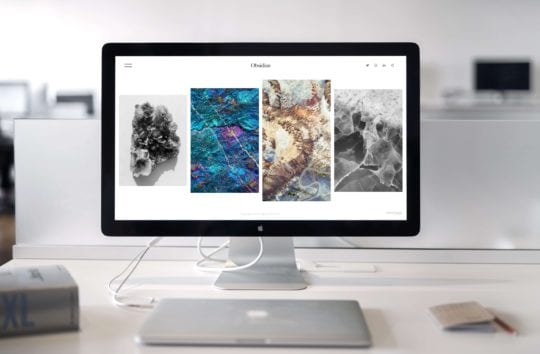 90% of the time, the answer is MacBook. MacBooks are just as powerful, and sometimes more powerful, than iMacs. On top of that, they’re portable, sleek, fun, durable, and flexible. You can’t go wrong here.

The advantage you get with an iMac is a much, much larger screen (the size of a small television) and personalization. You can use your own keyboard with an iMac, do a few after-purchase upgrades, and plug in more accessories. Not to mention all of that screen space, which makes iMac a pretty solid tv replacement if you get the 27-inch variant.

In summation, if you don’t care about having a huge screen, just get a MacBook.

Which iMac should I get?

When shopping for an iMac, you have roughly two options, the iMac and the iMac Pro. We’re going to assume that if you need the Mac Pro (which is different than the iMac Pro) that you don’t need us to tell you that you need it. We’ll just focus on the iMac models. 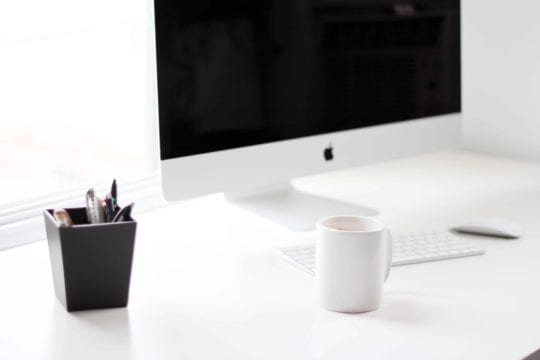 The iMac comes in two sizes, the 21.5″ and the 27″. If you’ve never seen either in person, the 21.5″ looks like a large computer, while the 27″ looks more like a small tv. Both screens are excellent, the only real difference here is size. It is worth mentioning though that the 27″ iMac can be upgraded to a higher degree than the 21.5″.

For average to most professional users, any of these options will work fine so long as you upgrade the memory and storage according to your needs. The iMac Pro, on the other hand, is significantly more expensive and an extreme level of power, making it an excellent (if pricey) machine for the hardcore power user.

In short, any iMac will suit just about any user’s needs. But if you know you need the extra horsepower, it’s worth splurging on the iMac Pro.

Which MacBook should I get? 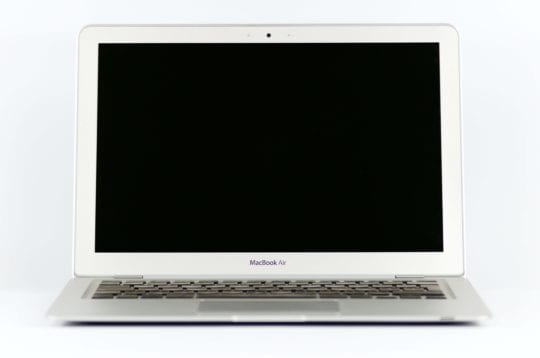 Ready to buy your first Mac?

There’s so much more to buying your first Mac – like finding the best deal or deciding between a MacBook and an iPad Pro. Still, after reading through this guide you should have a pretty good idea of what to look for and invest in when purchasing a new Mac. If you have any other questions, feel free to ask them in the comments!

RAM, short for Random Access Memory and also known as “memory”, is the hardware that controls how much data your computer can hold in its short-term memory. The higher your RAM, the more things you’ll be able to do at once.

What is a computer processor?

A computer processor is akin to a computer’s engine. The more powerful a computer’s processor, the faster it will be able to complete specific tasks.

What’s the difference between RAM and storage?

Why are MacBooks so expensive?

Several factors contribute to the high price of MacBooks and iMacs, including: