You are here: Home / Apple Watch / How to Use The New Activity and Workout Features in watchOS 4 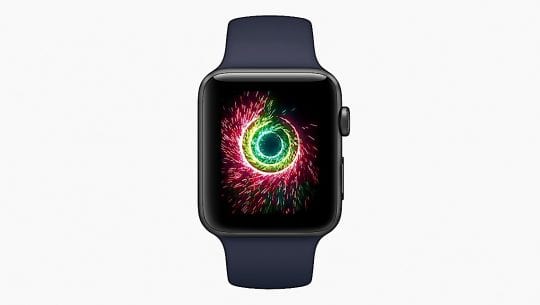 Last year, Apple released watchOS 3, which completely rebuilt watchOS to run significantly better across the board. With watchOS 4, Apple isn’t being as ambitious, instead focusing on typical feature improvements. One of these improvements is a number of changes to Activity and Workouts, a feature that is now touted as the main selling point of the Watch. Now that companies like FitBit are starting to go out of business, and Nike has given their support to Apple, Apple hopes to turn the Watch into the world’s fitness companion.

Here’s what’s new and how to use it:

Activity, the social and achievement companion to fitness on Apple Watch is seeing quite a few updates. The purpose of the app is to encourage you to exercise more, and watchOS 4 now know more about you personally to encourage you.

The two main motivations in Activity are to fill out ‘Rings’, which are three daily achievements including minutes of exercise, calories burned, and standing up, and awards for completing goals within and beyond those rings. With watchOS 4, Apple will send you notifications throughout the day telling you how you are doing, what you could do better, and motivational recommendations. This means, for example, at the end of the day, Activity may tell you to go for a quick 20 minute run to finish filling out your calories burned and exercise rings.

Activity now also has monthly challenges. This means Activity may see you completed 8 workouts the previous month, and tell you to do 9 to earn a new achievement. Additionally, Apple has added new ‘celebration’ effects for completing goals. 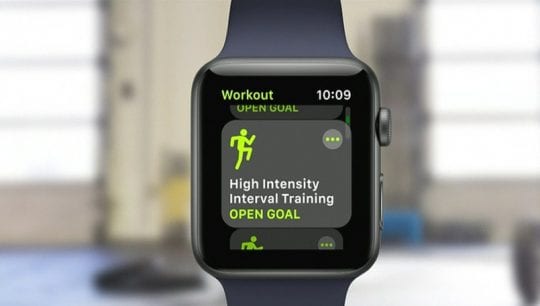 Prior to watchOS 4, entering the workout app and selecting a workout would require additional steps to begin. With watchOS 4, clicking on a workout will give you a three second countdown and automatically begin the workout. Additionally, Apple has added some new workout options. With ‘High Intensity Interval Training‘, Apple Watch uses new motion detections and heart rate monitoring for intense cardio workouts.

The Swim workout has received some major updates. Now, when you launch the Activity app and select the swimming option, Apple Watch will automatically track sets and rests, pace for each set, and distance for each stroke type. 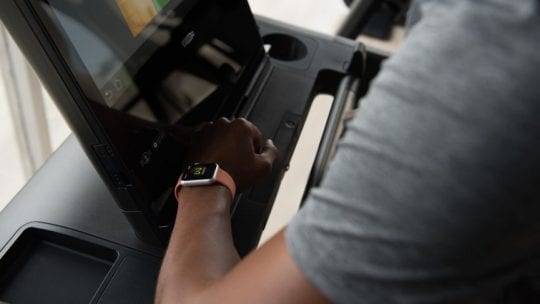 Apple has also added a new feature called Quick Switch. When in a workout, users can swipe to the right, where they will see a new interface. Here, they can push the ‘New’ button, and immediately switch to a new activity type without interrupting their progress so far.

Lastly, entering a workout now automatically enables Do Not Disturb.

How to get it Now

watchOS 4 will be launching to everyone this fall, but a public beta is available now.