You are here: Home / iPhone / Use this workaround to save and rename a Trimmed Video in iOS 13 or iPadOS 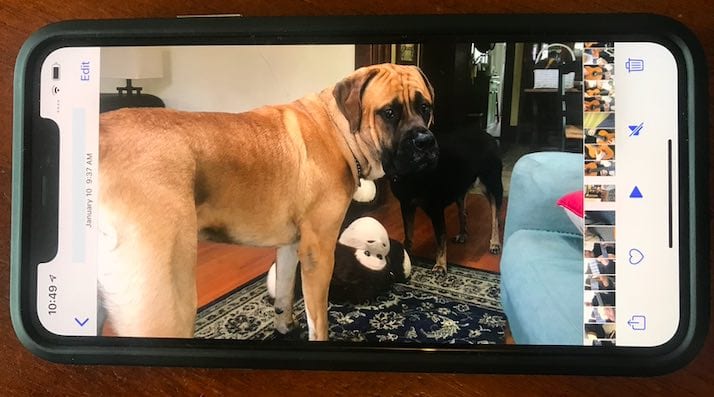 With the release of iOS 13 and iPadOS, Apple added many new and clever features to the Photos app. There is one small function in Photos /Videos editing side of things where it may have overlooked an essential. There is no intuitive way to save and rename a trimmed video from the editing screen in iOS 13.

Once you have completed your edits and trimmed the video using the Photos App, it saves it automatically to your albums without giving you the option to “Save as”. Some users also found that when they share the trimmed video, it ends up sharing the original un-trimmed version.

Essentially, you end up sharing a 5 min video to your messenger instead of the trimmed and short section.

We hope that this issue is resolved in a meaningful way in the upcoming iOS 13.2. In the meantime, we are leveraging this workaround to save and send trimmed videos in iOS 13 and iPadOS.

Trim, Save and Rename Videos in iOS 13 and iPadOS

On Step 8, you can also choose ‘Save to an Album’ and create a new album for your trimmed videos, so that it is easier to locate and differentiate from the original video in the general Videos album.

The major advantage of this workaround is that it allows you to ‘rename’ the trimmed video to your liking using the Files app. The disadvantage is that you end up saving the trimmed video twice; once in Photos (By default) and then on Files. You may have to go back and delete the footage from Photos if you are worried about storage on your device.

How are you saving your trimmed videos today? Do you use a third party app for managing your video edits? We would love to hear your thoughts and would appreciate if you can share your favorite tips or tricks when it comes to editing videos on the iPhone using Apple’s Photos app.