You are here: Home / Apple Services / What Is Apple Music Sing and How to Use It

It’s that time of the year when families get together to spend time reminiscing about the past, acting like goofballs, or just enjoying the holidays. And with the new Apple Music Sing feature in iOS 16.2, Apple is introducing a new feature that aims to make sure you can have a bit of fun. Provided that you like to sing a bit of karaoke.

What Is Apple Music Sing 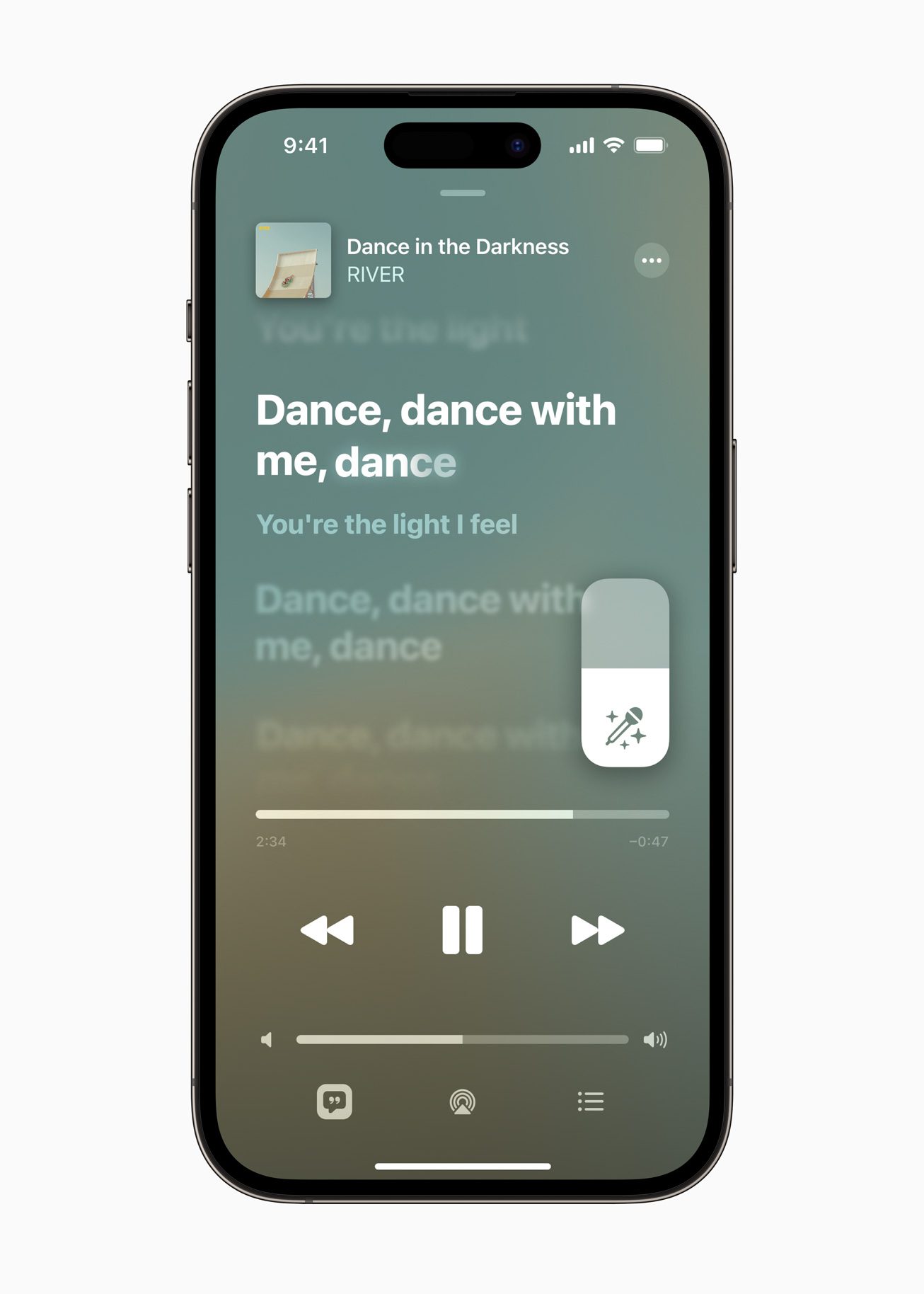 With many of the songs in Apple Music’s enormous library of music, you’ve already been able to see the lyrics as the song plays. This is great for those who want to sing along with whatever is playing, while ensuring that they get the lyrics right. However, Apple Music Sing has been introduced as a way for you to create a karaoke-like experience.

“Apple Music Sing offers multiple lyric views to help fans take the lead, perform duets, sing backup, and more — all integrated within Apple Music’s unparalleled lyrics experience. Coupled with an ever-expanding catalog that features tens of millions of the world’s most singable songs, Apple Music Sing makes it fun and easy for anyone to participate, however and wherever they choose.”

When enabled, Apple Music Sing lets you use the on-screen slider to either lower, or completely remove, the vocals for the song you are listening to. This is great so you don’t have to worry about trying to find a version of the song that might not have the same tempo, along with finding the written lyrics. Apple has even gone so far as to make it so that you can perform a duet, provided that the song has multiple vocal areas.

Here are a few other features that Apple Music Sing has to offer:

While the primary requirement to use Apple Music Sing is to have a device that is capable of running iOS 16.2, Apple has actually added further limitations to this. This new feature is compatible with iPhone models going back to the iPhone 11, along with select iPad models, but is only compatible with the 2022 Apple TV 4K. Here’s the full list of the devices that will be able to use Apple Music Sing:

How To Use Apple Music Sing

As we stated previously the first steps that you need to take if you want to use Apple Music Sing is to make sure that your device is running the latest version of iOS, iPadOS, or tvOS. At the time of this writing, this is only available for those who are testing out Apple’s beta software, as Apple Music Sing is available as part of the iOS 16.2 Release Candidate. However, the final version should be rolling out to more users soon, and here’s how to update your iPhone or iPad:

With the iOS 16.2 update installed, you now should be able to use Apple Music Sing on your iPhone or iPad.

Apple didn’t provide specifics when it comes to what songs will support Apple Music Sing. However, in the press release, the company did say that it will be “launching a suite of more than 50 dedicated companion playlists featuring all of the epic songs, duets, choruses, and anthems that have been compelling people all around the world to sing.” Your best bet to finding out whether a song support this new feature is to just look for the Sing button yourself.