You are here: Home / News / Apple Announcements In 2021: Here’s What You Can Expect

We made it. Phew.

Despite how crummy 2020 was on the whole, it was one of the best years for Apple announcements in a very long time.

On top of expected (but still exciting) announcements like the iPhone 12 and Apple Watch 6, we got more than a handful of unexpected announcements. The Apple Watch SE, the refreshed iPad Air, the new M1 Macs, and the last-minute AirPods Max all proved to be some of the biggest updates to Apple’s lineup in a few years.

Additionally, Apple made some interesting decisions (such as ditching Intel and removing the charging brick from iPhone 12) that point to an evolving vision for the company.

In this post, I’m going to draw on these decisions and launches, as well as the most recent rumors, to give you an idea of what to expect from Apple in 2021.

7 things Apple will (probably) announce in 2021

The first prediction for Apple’s 2021 lineup is something we half-expected to see last year. I wrote about this in detail here, but the gist is that Apple appears to be moving closer and closer to a truly wireless iPhone.

In the last five years, Apple has removed the headphone jack from iPhone and the power brick, added wireless charging, and released an increasing list of wireless-first products. It’s also been working on patents for over-the-air charging, which would allow devices to charge just by being in the same room as a charging point.

While it might sound like a crazy idea to our 2021 minds, the removal of the Lightning port on the iPhone seems inevitable. Its range of uses is steadily declining, wireless alternatives to audio output, video output, and charging abound, and Apple isn’t one to hold on to tech that even hints at being outdated.

All we’re saying is, brace yourself for a radically new iPhone by the end of the year.

This prediction is a bit less tinfoil-hat. I think it’s safe to say that we will get at least one new M1 Mac by the end of the year, if not an entire refresh of the remaining Intel Macs.

Apple committed to replacing all of its Intel Macs by 2022, and I imagine that the only Macs it will save for 2022 will be its high-end lineup (the Mac Pro and iMac Pro). I expect that the 16″ MacBook Pro and standard iMac will both get M1 updates by the end of this year, if not before summer.

The advice from last year still stands: If you’re looking to switch to a new Mac, wait a few months for the M1 update. You (probably) won’t be disappointed.

Another prediction for 2020 that is now being bumped into 2021 is the release of AirTags. You can read more about these rumored devices here, but I’ll give you a brief refresher.

AirTags are predicted to be Apple’s version of the popular Tile device. If you’ve never used Tile before, it’s a small plastic tile that connects to your phone over BlueTooth. You can then place this plastic tile in your wallet, backpack, coat, keys, etc., and track that object’s location with the Tile app.

In other words, it works like Apple’s Find My app – but for anything you can stick your Tile to. Well, Apple has supposedly been working on a Tile competitor (AirTags) that will integrate with iOS and offer augmented reality capabilities.

Since this didn’t end up releasing in 2020, I think it’s safe to say that we’ll be seeing it soon.

Apple updated the iPhone SE in 2020 for the first time in four years, giving it the specs of the iPhone 11 and the design of the iPhone 8. This made it a great buy for budget buyers, bringing lots of power in a smaller, beloved form factor.

In 2021, it’s expected that Apple will bring another update to the iPhone SE product series. This makes sense, as Apple has been going all-in on budget-friendly products over the last twelve months.

The 2021 iPhone SE (rumored to be called the “iPhone SE Plus”) is predicted to have a bezel-less display, TouchID built into the power button, and updated specs to match the iPhone 12. If these rumors are true, then I would also expect a slight bump in price from the 2020 SE.

This device was expected to launch in early 2021 but is now supposedly delayed until later in the year.

After the surprise release of the AirPods Max, it’s easy to forget that Apple has another high-end wireless headphone offering – the AirPods Pro. As they approach their second anniversary, it’s expected that Apple will give these in-ear headphones a decent update later this year. 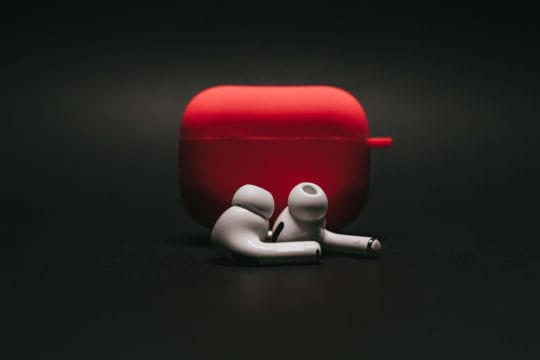 Aside from standard updates (improved connectivity and battery life), it seems that Apple might introduce a redesigned version of these headphones. Namely, rumors suggest that Apple is going to remove the short stem from the AirPods Pro, opting for a completely in-ear design.

AirPods announcements typically come in the fall, so stay tuned for that!

Of course, it’s still expected that Apple will perform general refreshes across the products that are due for an update. Apple Watch, for example, is updated annually, so it’s almost certain that Apple Watch 7 will be available by the end of the year. We might also see an update to the Apple Watch SE, though this is less certain.

The iPad Pro is likely to get an update, especially since the current model is using an older chip than the new iPad Air.

Apple TV hasn’t had an update since 2017, which is mind-boggling when you consider all of the new services that have been launched on it since then (Apple TV+, Fitness+, etc.). Based on how long it’s been since the last update, I feel we’ll see an Apple TV refresh before summer.

An AirPods update (the AirPods 3) has been rumored since last year. It’s not entirely clear what this update will contain (some suspect an adoption of the current AirPods Pro design). However, AirPods haven’t been updated in a while, and since it’s one of Apple’s most popular products, I’d say an update isn’t off the table.

7. Software updates across the board

Lastly, Apple is sure to stick to its traditional release of software updates at 2021’s WWDC. Here, Apple will announce iOS/iPadOS 15, macOS 11.xx (or maybe even macOS 12?), watchOS 8, and tvOS 14.

We’ll likely see glimpses of what these updates have in store as the year progresses, but for now, it’s much too soon to expect anything concrete.

Get ready for another year of Apple announcements

After what was certainly a milestone year for the company, there are two potential routes Apple could take in 2021:

I look forward to finding out what this year has in store with the rest of you and will be here to report and ponder as updates come in.