Every new calendar year brings about excitement for Apple enthusiasts as we ponder what new changes might come about throughout the year. Apple’s one constant is that it always strives to produce new devices, content, and services every year. Apple’s 2023 roadmap seems pretty similar to what we’ve seen previously, although the company is presumably going to ramp up production as it sorts out supply chain issues that linger from the COVID-19 pandemic. We can hope that the next iPhone doesn’t have the same supply issues, as demand will surely be high since not a lot of people can get a hold of the iPhone 14.

Find out more about what you can expect from Apple in 2023 below.

Here you can find the expected products and releases of each quarter this year backed by reports, analysis, and rumors.

Q4 2022 was the first time in over 20 years that Apple didn’t release a new Mac, so many reports and predictions for the first quarter of 2023 revolve around them. In the current technological landscape, where companies feel pressured to produce a new model regularly, it seems as if a few Mac models require an update. Firstly, we can expect a new 14-inch and 16-inch MacBook Pro and Max with the new M2 chip. This news has been widely reported, and although it wasn’t announced in Apple’s previous public event, the company has opted to release tidbits of information to media outlets regarding these new machines.

Since the new M2 chips are going to be the main focus of Q1 2023, we can probably expect to see it implemented across other machines, like the Mac mini and Mac Pro. One Korean source said we could expect to see a new version of the M2 MacBook in March. It seems as if these may have been due in Q4 2022, but due to delays, we’re getting them in early 2023.

Apart from the Macs, we might also see a new HomePod with a new chip. This is welcome news, as the HomePod mini, although super useful, could use a major update. It would be exciting to see how a new HomePod might function with all the other new software and hardware updates of Apple’s other products.

Ross Young, a display analyst, revealed that a new 15.5-inch MacBook Air will release around late spring or early summer. There isn’t much news regarding any more physical products releasing around this time, although there are a lot of rumors floating around without a concrete release timeline, including the AirPods Lite or Apple’s new external display monitors. We might also see some significant software updates during this time. Apple usually holds its WWDC around early June, and if history is anything to go by, we’ll probably see some sort of release then.

The further we go into the year, the less concrete information there is. Although there are multiple reports and bits of insider information regarding specific releases, there isn’t a specific timeline or date we can pinpoint. One of the more hyped products that have gained a lot of traction recently is Apple’s take on a VR headset. It’s an interesting decision for the company, seeing as they would be competing with Meta and other more established VR/AR companies. There’s no specific release date for this, but it isn’t a coincidence that we’re suddenly seeing a huge influx of news about the product’s development. Apple has been rather untrustworthy when it comes to the development cycle of new products lately, so whether it sticks to its plans or cancels the product is an issue in itself.

And, of course, we’ll probably see a new iPhone. There haven’t been any rumors suggesting that the new iPhone 15 would provide any sort of groundbreaking improvements, but we can expect there to be a much wider availability due to resolved supply chain issues. Apple has moved a lot of its production to India, Vietnam, and surrounding countries, meaning a more diverse production infrastructure can deliver on targets more reliably. Many people weren’t able to get their hands on the iPhone 14 (or didn’t want to, seeing as it didn’t improve much upon the iPhone 13), so if Apple gets the iPhone 15 right, it could perhaps be the most popular model ever.

Similar to years prior, we’ll see some sort of update to the Apple Watch and iPad alongside the new iPhone 15. The more exciting prospect is any new services, software updates, and features that accompany these new hardware changes. 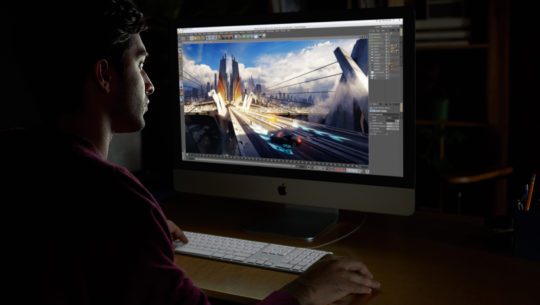 The last quarter is the vaguest, seeing as there haven’t been any historical trends to rely on. The third quarter always brings us iPhones, Apple Watches, or iPads, whereas the fourth is more ambiguous. Could Apple design a new M3 chip so quickly and implement it in a machine? Bloomberg’s Mark Gurman seems to think so. He states that Apple is interested in putting the M3 chip in the iMac. If that were to happen, it’s safe to say it won’t happen in the first two quarters, and even the third might be a bit too ambitious. If this rumor has any concreteness to it, we can expect to see it during Q4 or early Q1 2024.

Another interesting rumor that’s being spread is that Apple could be making the AirPods Max 2nd Generation. The company seems dedicated to expanding its range of consumer audio products, as it’s updated both the original AirPods and the AirPod Pros. There have been distant rumors regarding a different take on the AirPods Max – a cheaper model that’s dedicated to sports and activity. Some claim it’ll cost in the $300 range and have a more functional feel and look.

Since it’s unclear what might happen in Q4, we’re dedicated to staying on top of all news that comes out and reporting it instantly.

Overall, Apple’s 2023 roadmap seems safe so far. We don’t have much information regarding the specifics of each new product (except for the new M2 MacBooks and other familiar machines), but it would be a major disappointment if Apple doesn’t try anything more experimental or revolutionary. The consumer tech industry becomes more competitive as brands fight for a larger market share, and with a disappointing 2022, Apple is under pressure to deliver.

Are a few MacBooks, a new iPhone, and a slight improvement in certain familiar products enough? If Apple has another disappointing year, it might spell bad news as customers are more likely to engage with other brands these days. The new VR headset has the potential to be revolutionary if Apple does it right, but it could be quite an inaccessible product, somewhat akin to the AirPods Max.