You are here: Home / News / Everything to Know About Apple’s New External Monitors

By now, Apple enthusiasts have come to expect sleek and modern designs for all Apple products. There’s an aura of familiarity whenever Apple releases a new product, as we can enjoy the same minimalist aesthetic and simple functionality. With the recent rumors about Apple’s new external monitors, we can guess a few things based on the information that’s come out already. If you’re looking to learn more about these new products, read on below for more information.

What Are Apple’s New External Monitors? 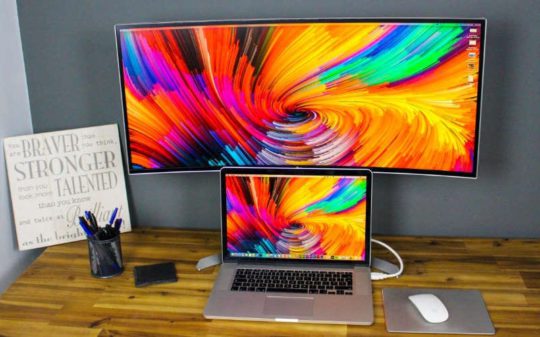 Apple is working on multiple new external monitors as well, including an update to the Pro Display XDR that was launched alongside the Intel Mac Pro in 2019. It is possible, however, that the company’s next high-end display will ship after the Mac Pro, as the computer is further along in development than the monitor.

We can assume that Apple has a busy 2023 coming up, with a lot of focus going into the Mac Pro and subsequent accessories/products. One rumor is that the company might be developing a 7K resolution monitor. Such a monitor could have a pixel density of 245 PPI and a 32-inch screen, or it could stick to the current 218 PPI on a larger 36-inch panel. At this point, it’s all still speculation, and the company may make last-minute changes.

What we do know is that it’ll certainly retain Apple’s classic sleek design. We guess it’ll have an edge-to-edge display for a wider resolution that adheres to the minimalist design the public is used to. There are a few fan mockups of these new rumored external monitors, and they all look stunning.

Does Apple Have External Monitors? 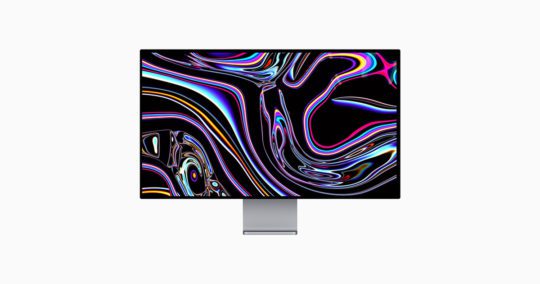 Currently, Apple has two external monitors on the market. The Studio Display was released alongside the Mac Studio in March of 2022 at $1,599. This product has a 27-inch screen, 5K resolution, and a 12-megapixel Ultra Wide camera. The more expensive alternative is the Pro Display XDR which starts at $4,999. This product is certainly not for casual users, partially due to its price. It has a 32-inch display and 6K resolution.

These Apple external monitors are typically for professionals who require a larger or secondary screen. For example, movie editors, photographers, or developers might require an external monitor with high resolution to see their products in the best possible quality.

How Would Consumers Use Apple’s New External Monitors?

Of course, Apple’s new external monitors would be available for everyone to purchase, regardless of their profession or how they want to use them. Those looking for the 7K resolution monitor (which hasn’t been confirmed yet) may have to pay even more than the current $4,999 6K resolution display. These monitors would be great for watching movies, TV shows, and other content, but for that type of investment, you might be better off getting a smart TV for cheaper.

If you have a hobby in dealing with images, producing, developing, or anything that requires a lot of screen space, you might benefit from Apple’s new external monitors even recreationally. Regardless, we would suggest using these monitors in more professional settings as the cost can be a little too much for consumers and casual use.