How to use Apple Watch Mirroring 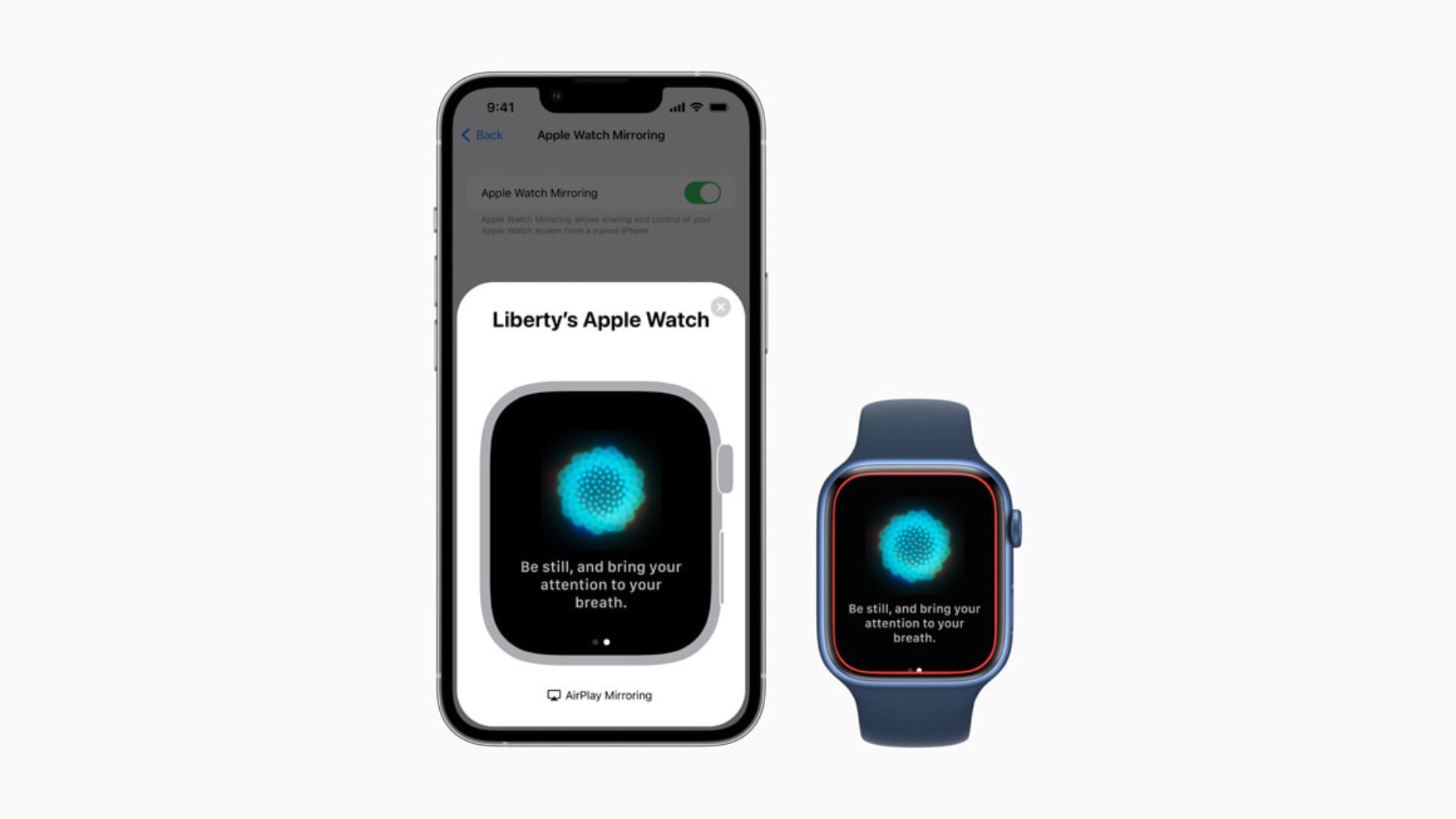 Apple Watch Mirroring was announced even before WWDC 2022 kicked off, as Apple gave its users an idea of what was to come. While these features are not available for everyone just yet, they will be arriving when the final versions of iOS 16 and watchOS 9 land this fall.

With Apple Watch Mirroring, this is an expansion of AssistiveTouch that debuted with watchOS 8 and iOS 15. As the name suggests, users will be able to mirror the screen of their Apple Watch right from their iPhone. This will display what’s on your Apple Watch on the larger screen of the iPhone. But Apple is also making it possible to control different aspects of your Watch with this enabled. And here’s how you can enable it. 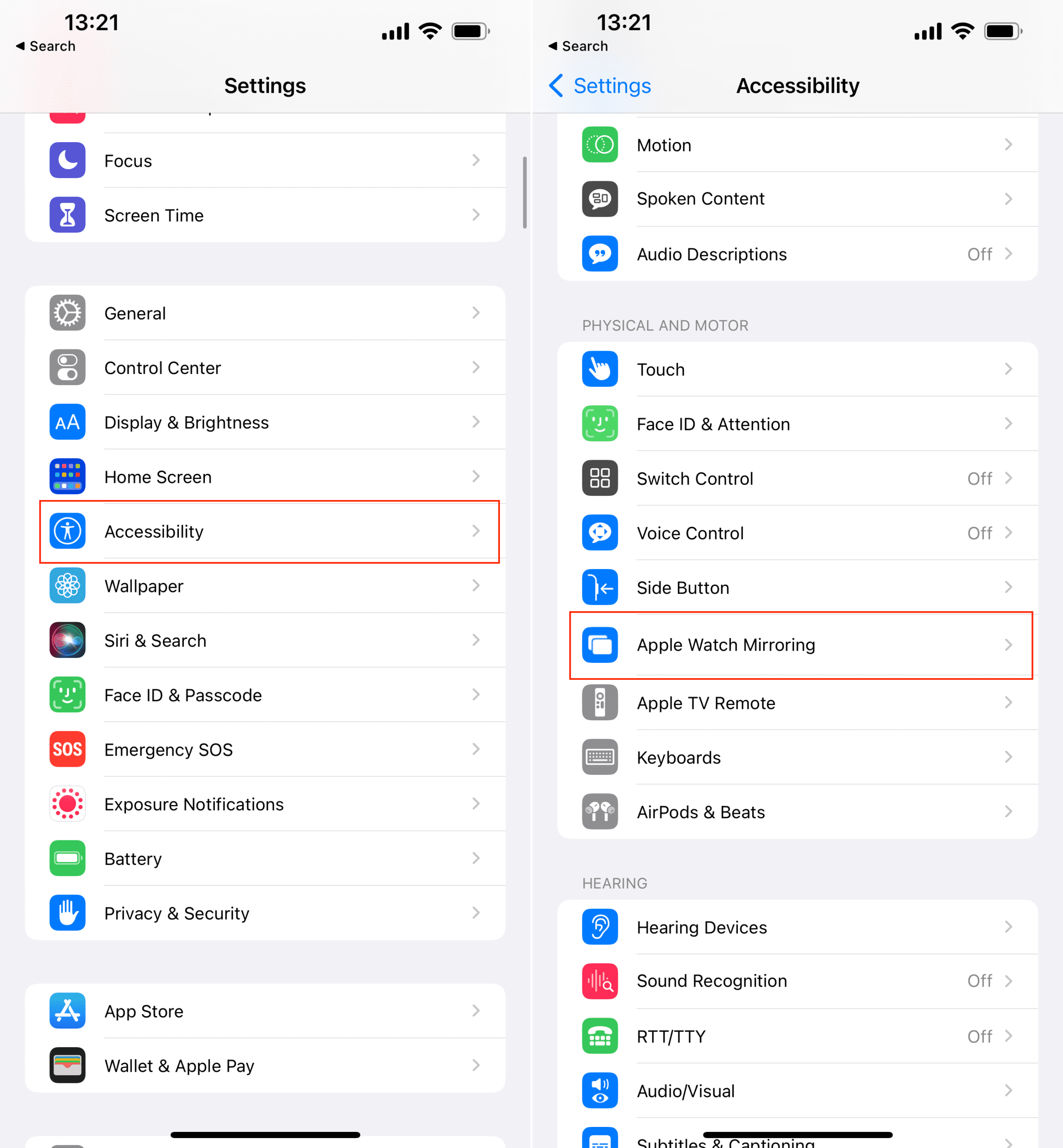 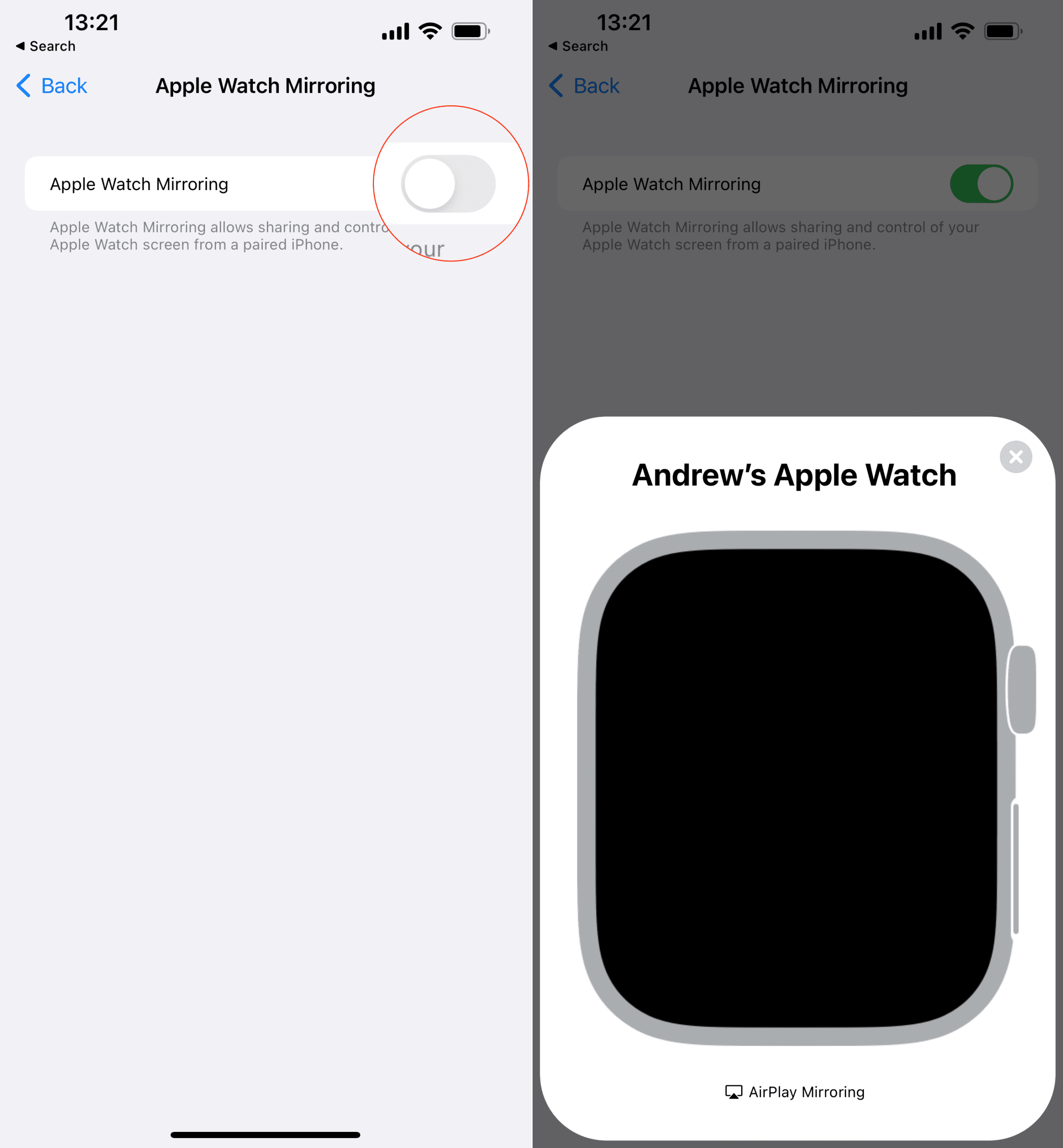 After a few moments, a new screen will appear on your iPhone. You’ll also notice that the screen on your Apple Watch now shows a red outline around the entire display. The pop-up box on your iPhone will essentially be using AirPlay between your iPhone and Apple Watch providing you with an easier way to interact with your Watch.

Just by toggling Apple Watch Mirroring on, does not mean that the Watch’s display will always be visible. Instead, as soon as you click the X icon in the top right corner, the mirroring is ended. Essentially, this means that whenever you want to use this upcoming feature, you’ll need to jump into the Settings app to enable it.

We’re hoping that Apple makes it easier to access Apple Watch Mirroring ahead of the final release of iOS 16. We’re also keeping our fingers crossed to see an option to create an action with the Shortcuts app to make it easily accessible from the Home Screen.

While doing the research for this tutorial, we were disappointed to see that Apple didn’t include an action to be used with the Shortcuts app. This means that you have to go into the Accessibility section of the Settings app whenever you want to enable Apple Watch Mirroring.

However, we have found another way to easily and quickly enable Apple Watch Mirroring and that’s through the Accessibility Shortcut. 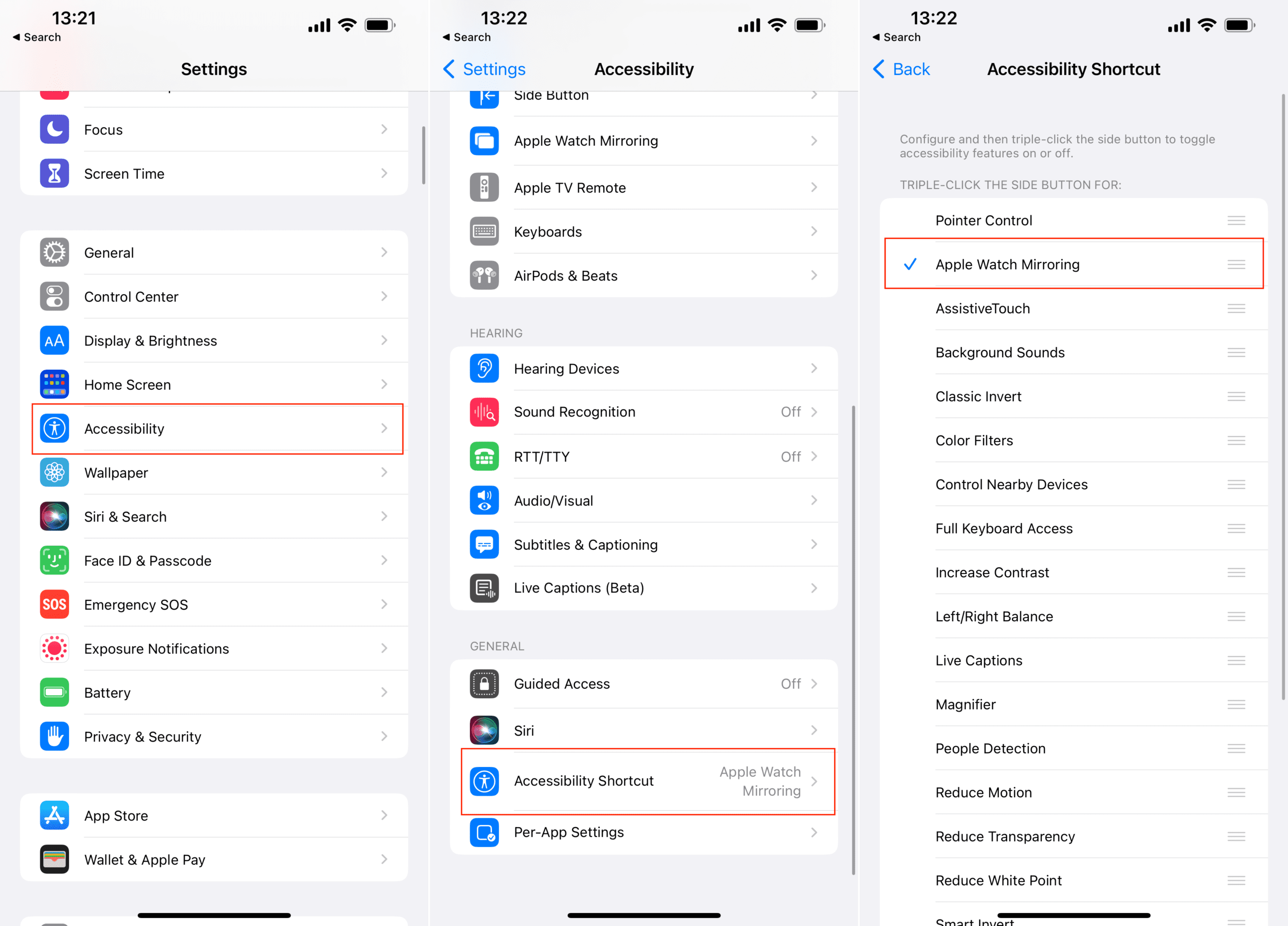 Moving forward, you can now enable Apple Watch Mirroring just by triple-clicking the Side button on your iPhone. But with this Accessibility Shortcut enabled, you can also access it from Control Center. 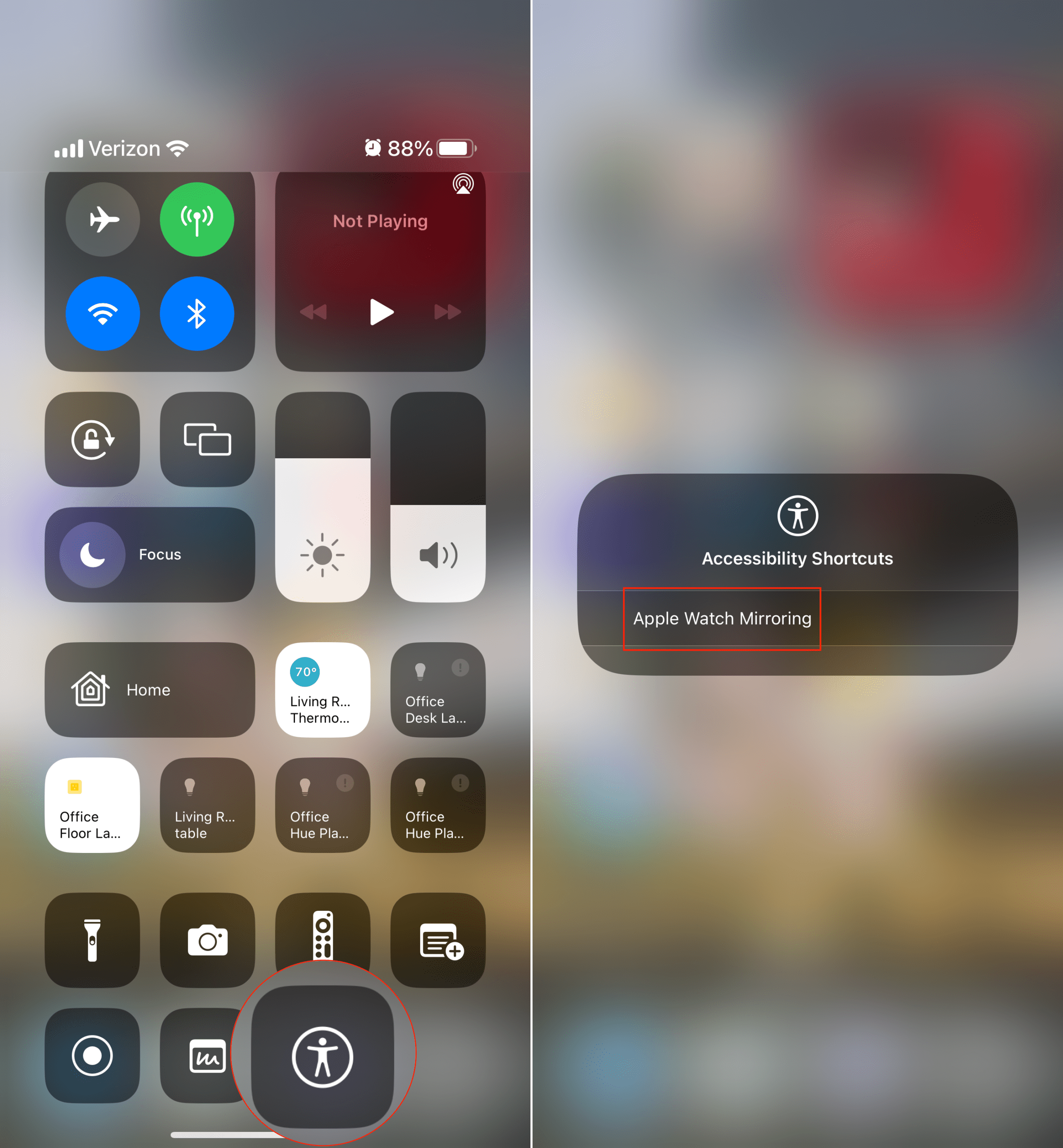