You are here: Home / Reviews / Best Note-taking Apps for iPad

The iPad is a powerful tool capable of handling almost anything you could want to throw at it. From jotting down some quick notes to writing a thesis for your college paper, or even going so far as to edit videos. Apple has transformed the iPad from just a regular tablet to an actually useful tool that can adapt to whatever it is you need.

With the addition of the Apple Pencil, the iPad turns into the ultimate note-taking device. There’s something to be said about being able to write handwritten notes on an iPad, instead of relying on pen and paper. But there are also times where you just need to get a thought out of your head before it’s gone. Today, we’re taking a look at the best note-taking apps for iPad. 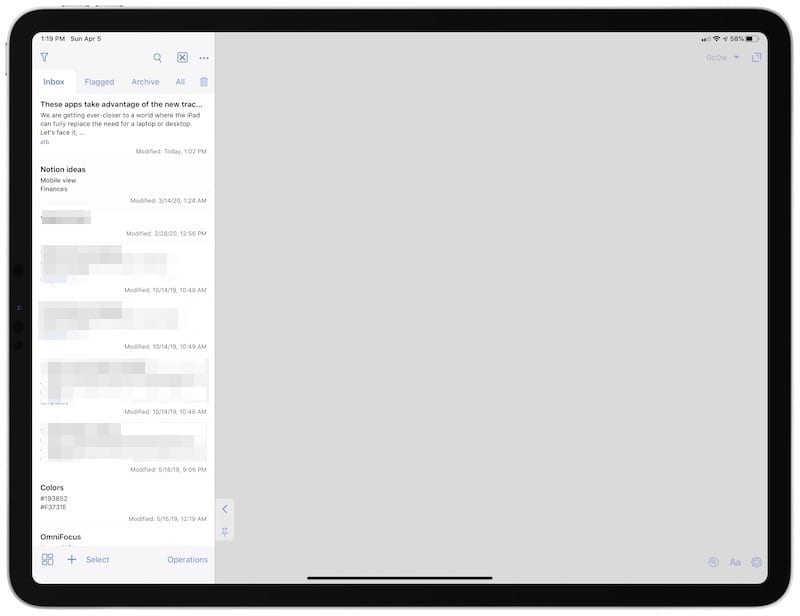 Drafts is an invaluable tool and has been for years. The app’s tagline is “where text starts”, and we don’t know if there’s a better tagline for any app out there. Not only is Drafts available on all of your Apple devices, but you can now theme the app to look exactly how you want. Going even farther, there is a slew of automation features that you can take advantage of. Drafts can be one of the most complex text editors or one of the simplest text editors on your device. 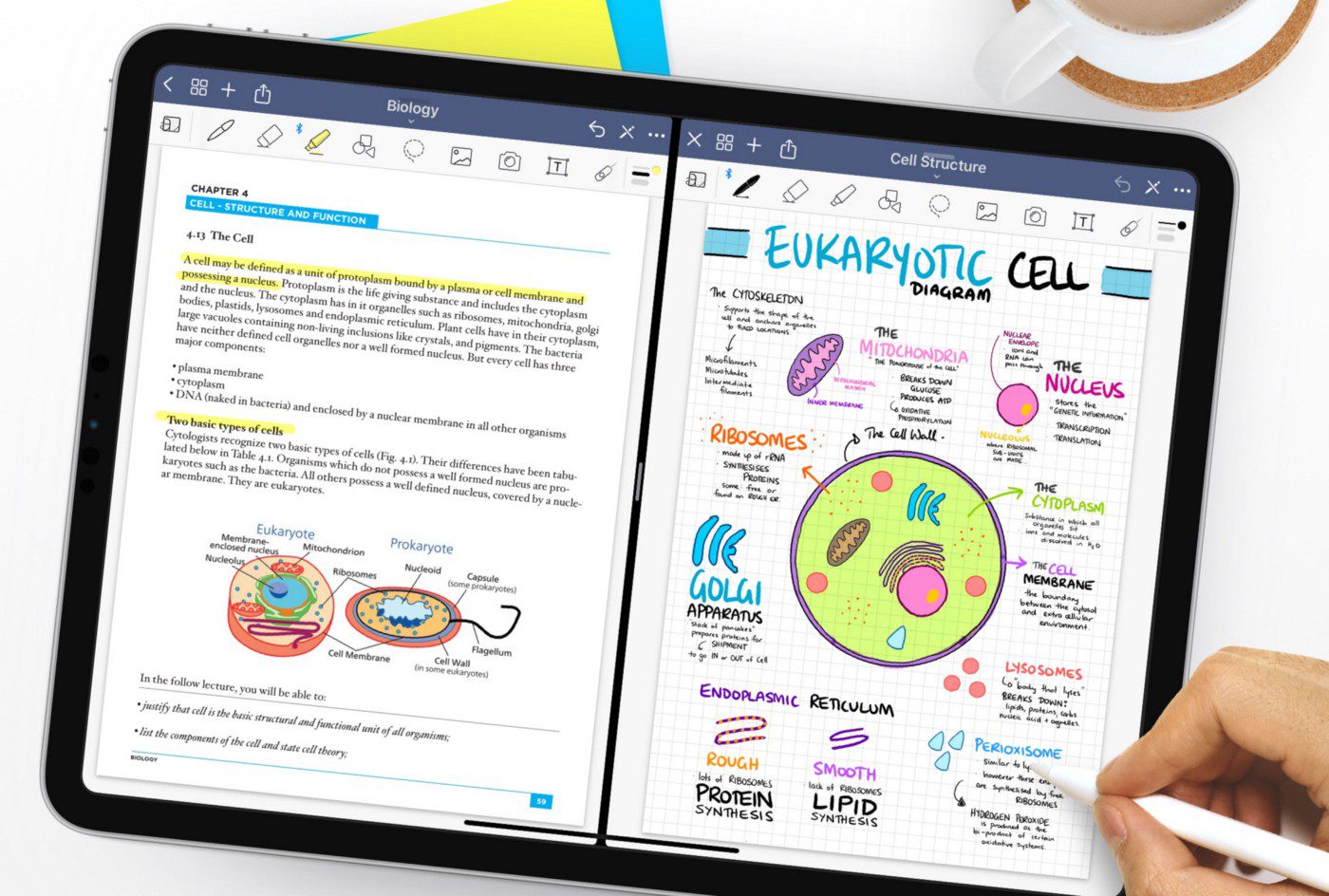 The stiffest competition for Notability has come in the form of GoodNotes 5. Over the years, both of these apps have been considered amongst the best note-taking apps, especially for those who enjoy taking handwritten notes. This trend continues and offers many of the same features as Notability in a slightly different package. There are features like OCR and handwriting recognition, along with the ability to import and mark up PDFs, sign documents, and so much more.

Obsidian is one of those apps that requires a bit of time to truly master, as you can just use it as a simple Markdown editor, or transform it into something completely different. This is done with the ability to download and use plug-ins that come from either Obsidian directly or from the community. It’s an excellent app that everyone should check out.

When it comes to Bear, note-taking is a little bit different compared to some of the other apps on this list. Instead of just being a place to put text, Bear really shows its strength with those who are familiar with Markdown formatting. The app support in-line images and photos, along with rich previews that can be viewed while you write. There are multiple styles and themes to choose from, and Bear also makes it easy to encrypt your notes using Face ID (or Touch ID). 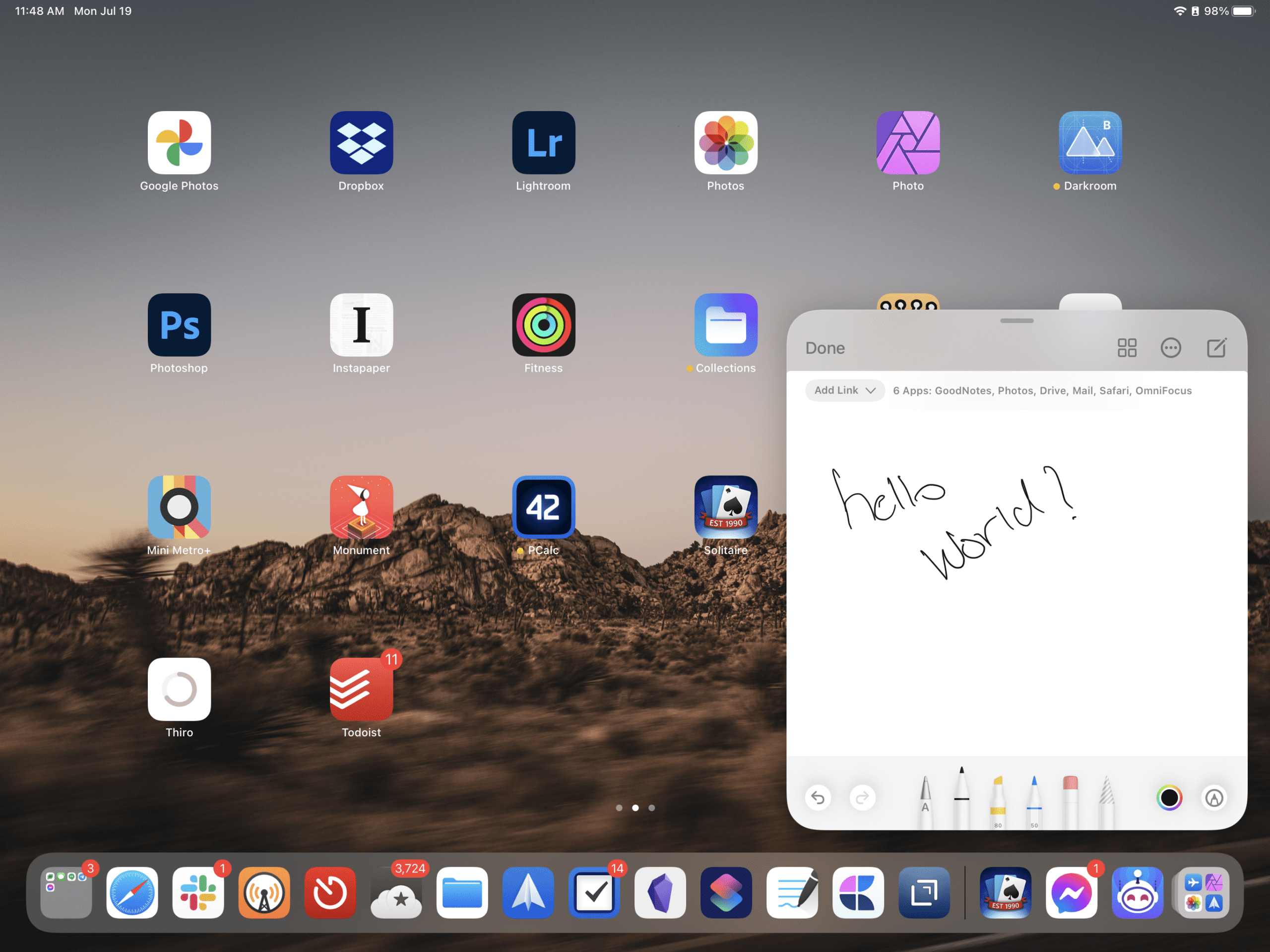 The Notes app was largely left alone for a few years by Apple, but the most recent update to iOS 15 and iPadOS 15 introduced a few new and useful features. These include the new Quick Notes capability, along with finally being able to add tags. And perhaps the most enticing aspect of using the stock Notes app is that it’s completely free.

For years, OneNote has been ignored, but that was more because it felt as though that was because Microsoft was ignoring it. That’s no longer the case, as OneNote has been transformed into one of the more robust note-taking options. There’s an app available for all of your devices, and you can even access your notebooks through the OneNote web app if you need to. Like Apple Notes, it’s free to download and use provided that you have a Microsoft account. But you might run into storage limits as free users only have 5GB of storage included.

Notability provides the ability to annotate, doodle, draw, write, or do just about anything else you would want to with your Apple Pencil and iPad Pro. Although it’s not quite as robust as some other options on the Play Store, there are some features that can be found by either snooping around or diving into the included tutorial.