iOS 15 and iPadOS 15 have arrived, and with it, there are quite a few new features that you can take advantage of. From drag-and-drop between apps to Quick Notes, and the new multi-tasking options on the iPad, Apple did a great job at making our devices more useful.

One of the most frustrating aspects of any new software release is when an app that you use is not updated to take advantage of new features. Thankfully, it seems that a lot of developers are getting on board with iOS 15 and iPadOS 15. We’ve already seen some of the most popular apps updated with features that you wouldn’t even think about, and much more. And while we’re expecting even more apps to be updated in the coming months, these are some of our favorite picks for best apps for iOS 15 and iPadOS 15. 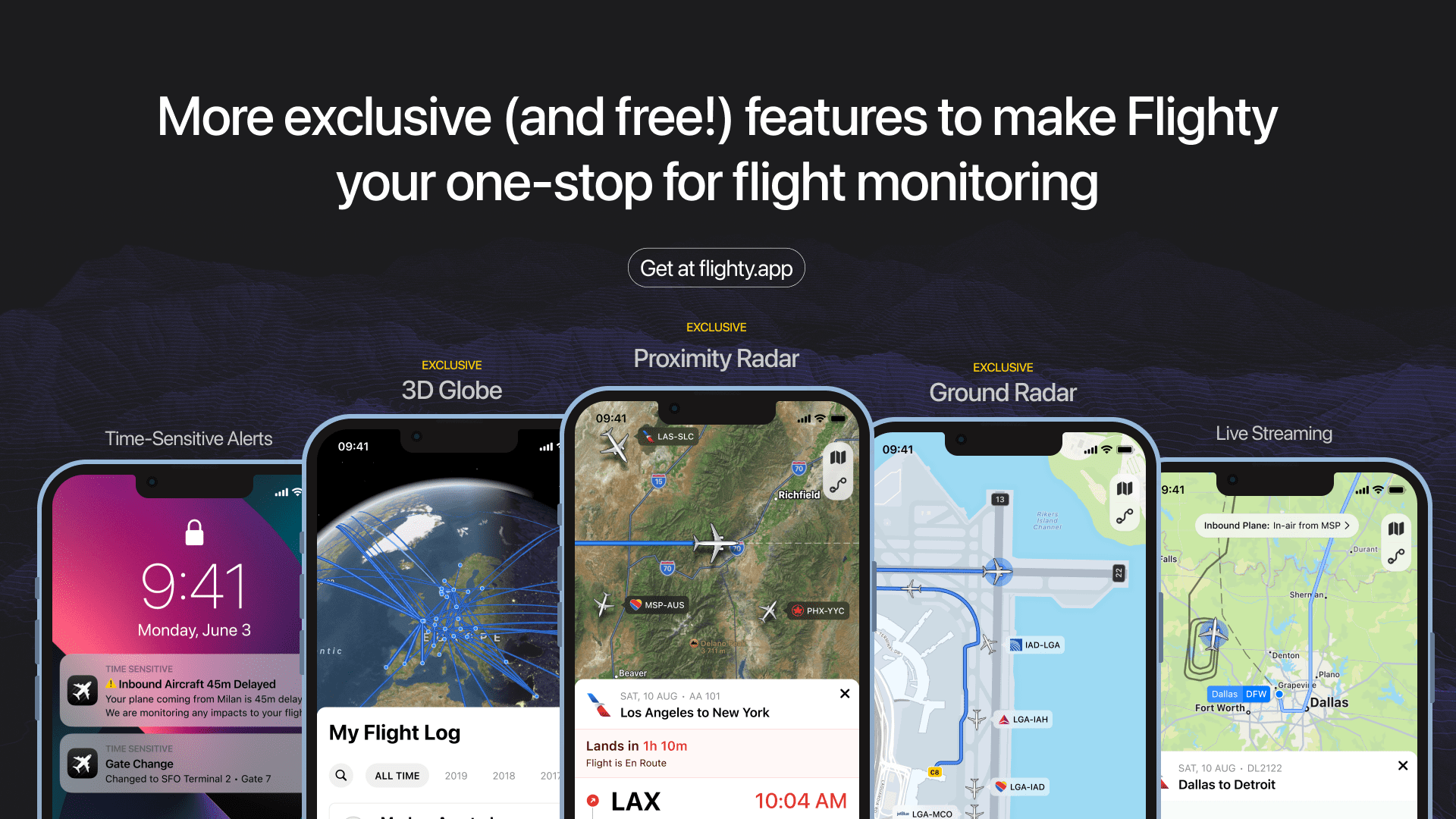 If you have ever used Weather Line, then you might have heard of Flighty. This comes from the same team, and Flighty version 2.0 has just been released. With the update, you’ll enjoy a new 3D globe view, along with better one-handed usage. Flighty 2.0 also includes 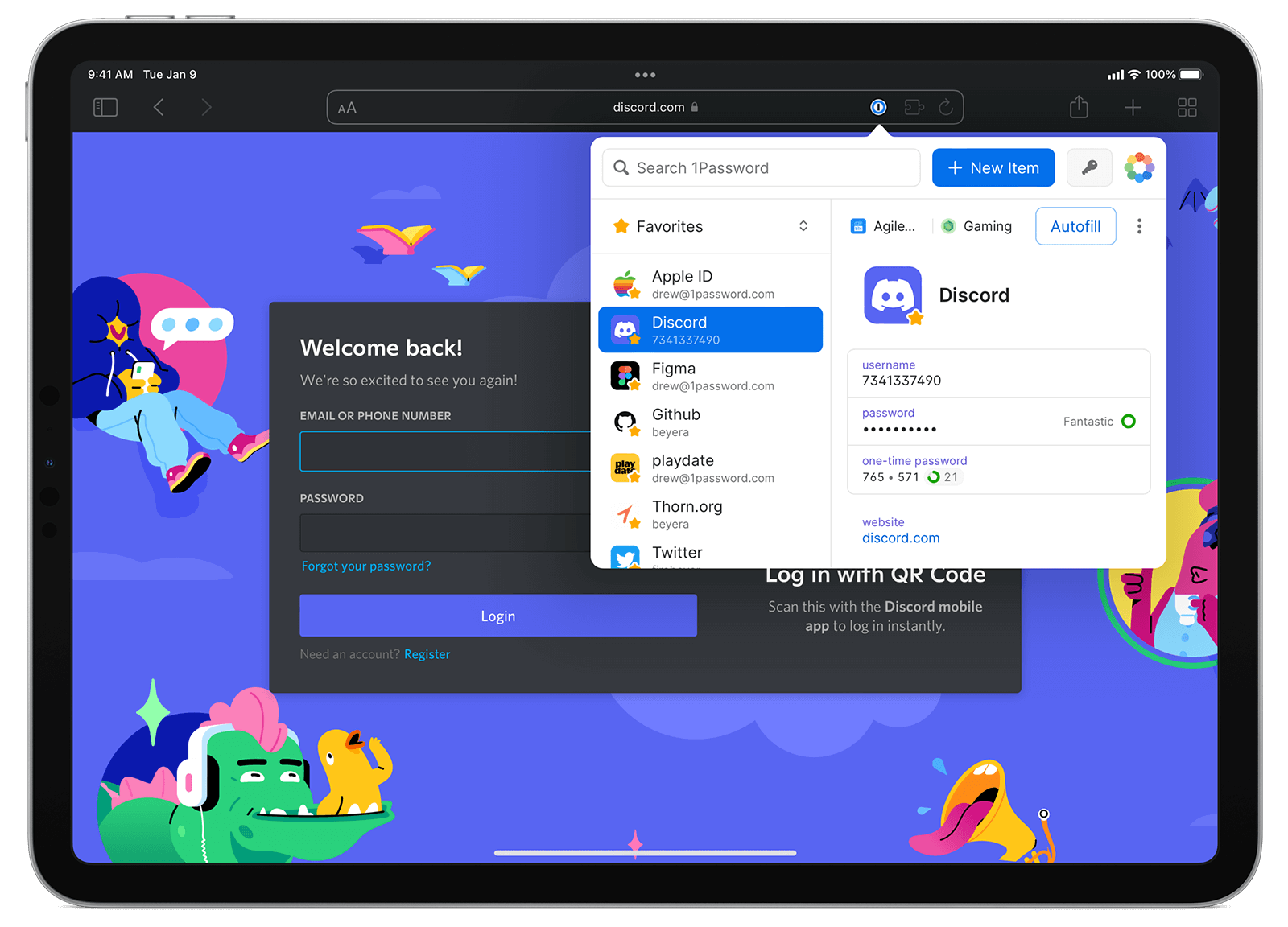 With the new 1Password Safari Extension, gone are the days of needing to fiddle around the with the auto-fill keyboard on your iPhone or iPad. At least in the case of the iPad, there’s a new 1Password icon that you can tap from the toolbar. This gives you access to 1Password whenever you’re browsing in Safari. Plus, the 1Password extension can even auto-fill two-factor authentication codes that you may find yourself needing.

Fantastical is arguably the best third-party calendar app available for iOS, iPadOS, and macOS. With the latest update, the app now supports Apple’s Time-Sensitive notifications, along with Privacy-Sensitive widgets. And as expected, new extra-large widgets arrive for the iPad, giving you even more widgets to choose from. Finally, Fantastical supports the all-new Quick Notes functionality on the iPad and Mac.

Although it’s a hilarious weather app, Carrot Weather is also one of the most beautiful and well-designed apps on the App Store. And its latest update is jam-packed with features such as new iPad widgets, new themes for Premium Club memberships, and updates to notifications. The developer has even gone so far as to give the details screens a “face lift” along with so much more. 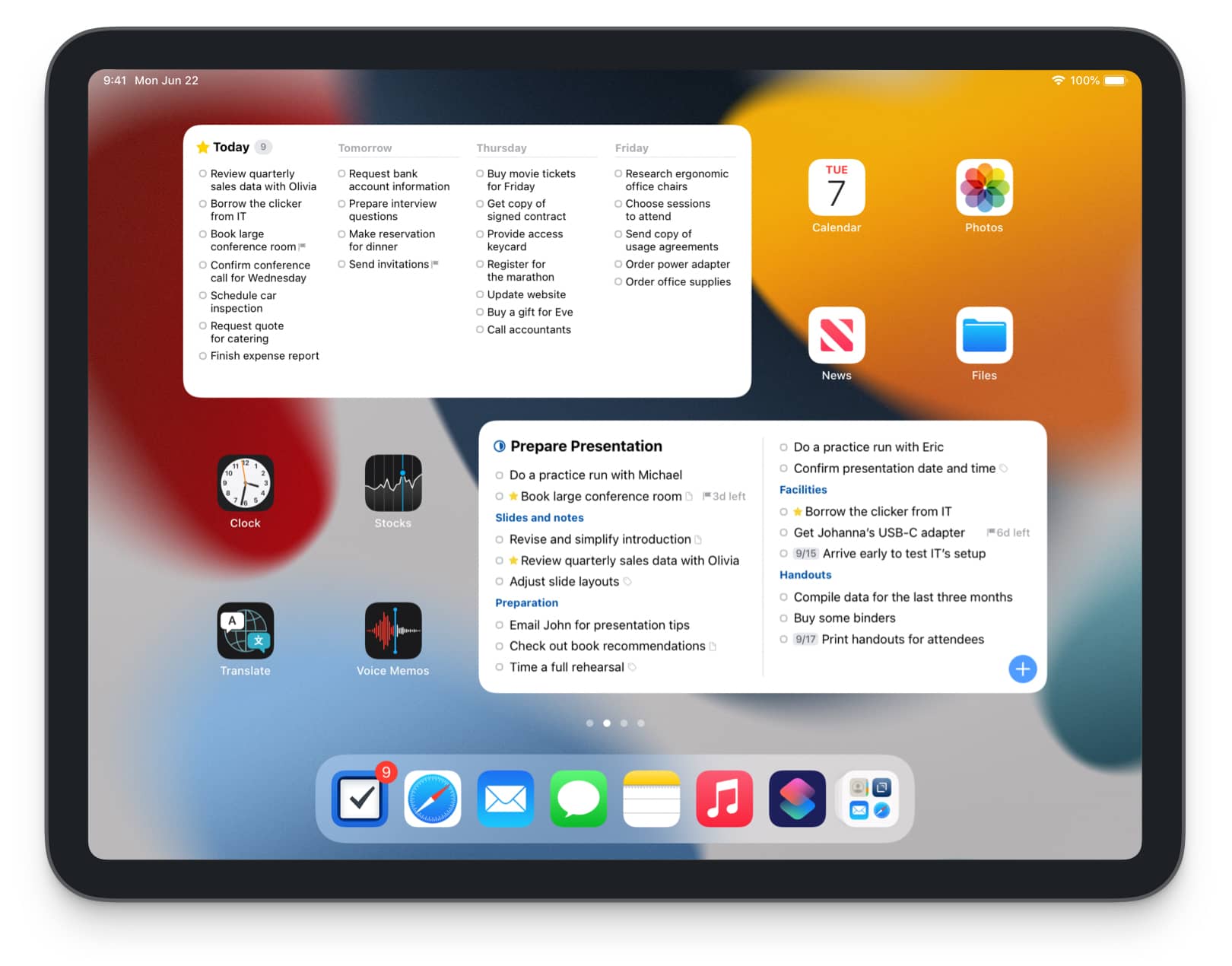 Just like almost every other app on this list, Things 3 has added a couple of XL widgets for the iPad. These give you a quick glance at what’s “Up Next”, while the other is a “List” widget. But you can also customize the widgets to your liking, including using a custom theme with the widgets, specifically. Live Text support has arrived, making is easier than ever to add items to a Things task or to create a new task altogether.

If you have a trip planned in the near future, you should try out the latest update for Tripsy. There are new widgets, an updated icon, the ability to change the icon theme, Quick Notes support, and the ability to view flights on a map. The developer has also added even more customization options to truly make the app feel like it’s working for you, along with a new Preferences screen. 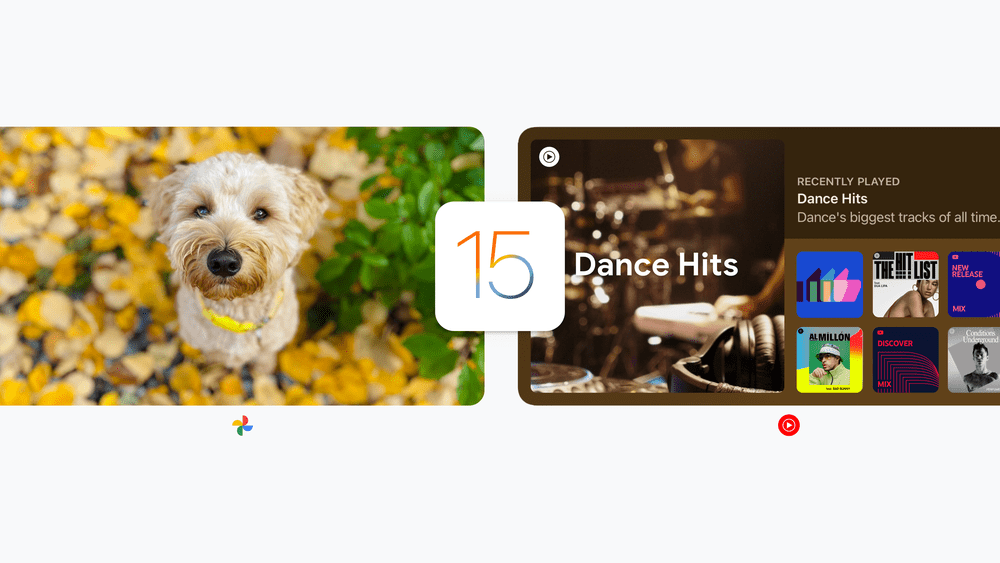 Functionally speaking, Google hasn’t done too much in terms of updating its apps for iOS 15. However, it is introducing two new XL widgets for the Google Photos app and YouTube Music on the iPad. But the best part about this is that With iOS 15, there’s better integration with Google Drive and YouTube Music when using Spotlight on your iPhone or iPad.

This popular app has been around for years, and has provided a quick and easy way for you to access your apps from a widget. With the iPadOS 15 update (version 5.2), Launcher has added an extra large size widget, that is capable of holding up to 24 icons within a single widget.

Even with Apple’s introduction of Quick Notes and changes to multi-tasking, Yoink’s latest update keeps in the conversation for best apps for iOS 15 and iPadOS 15. Picture-in-Picture arrives with support for videos, along with websites, images, and more. And speaking of Quick Notes, Yoink also works in tandem with Apple’s new feature, being able to select a file and reference it in Quick Notes. 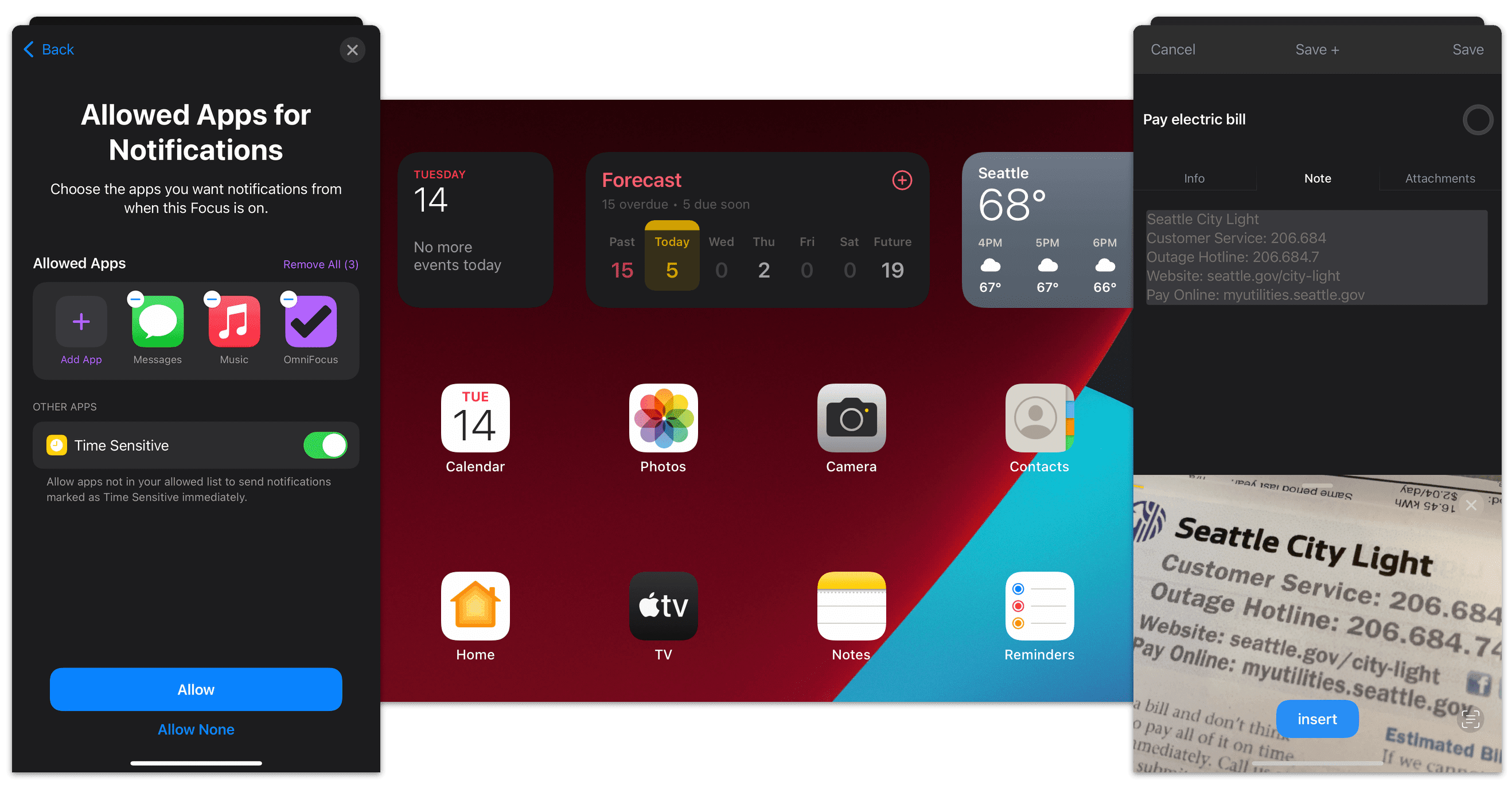 There are some apps that are still being tested and are available via TestFlight beta programs, such as OmniFocus 4. So we’re sure to see even more apps updated with support for the new features in iOS 15 and iPadOS 15.

But we want to hear from you. What are some of your picks for the best apps for iOS 15 and iPadOS 15? Let us know in the comments, because we’re always wanting to check out new apps that may change how we work or how we interact with our iPhones and iPads.