You are here: Home / iPad / Brydge Pro+ Review: A Wonderful Keyboard Ruined by an Awful Trackpad

In the early part of 2020, Apple decided to drop a new iPad Pro lineup on everyone. This featured the latest hardware available, while keeping the design that we fell in love with in 2018. But Apple didn’t stop there, as the company introduced the new Magic Keyboard.

This was not meant to replace the “old” Smart Keyboard Folio, but instead, offer a more “pro” keyboard option. With its backlit keys, charging port on the side, and built-in trackpad, it’s an absolute dream to use. But the problem is that the Magic Keyboard is rather expensive, coming in at $299 or $349 for either the 11-inch or 12.9-inch variant.

Between the high-price and added software features with iPadOS 13.4 for native trackpad support, this opened the door. Brydge has been making keyboard cases for a few years. But with the Brydge Pro+, you’ll get the added benefit of having a trackpad with your iPad. 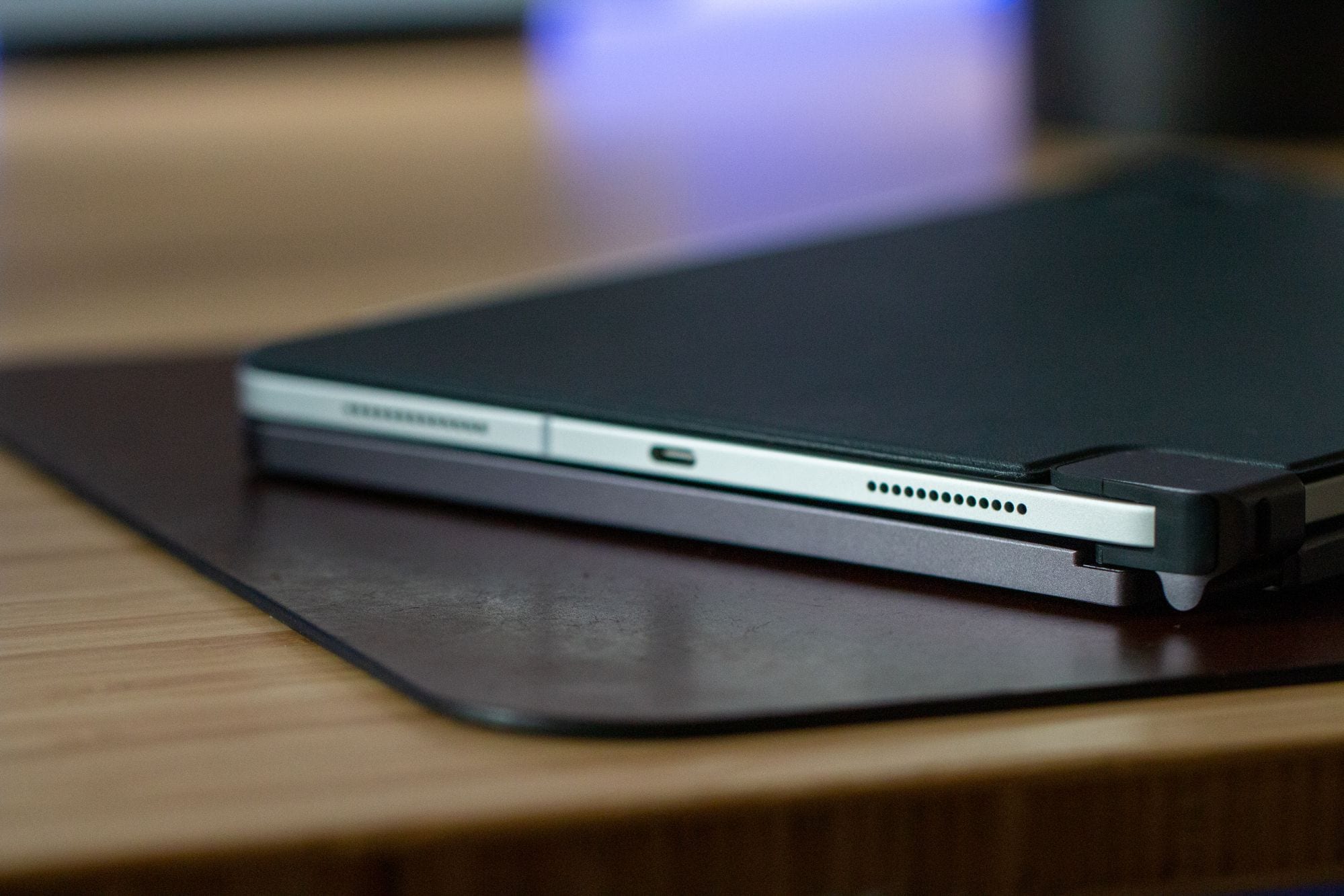 Starting off with the design, it’s easy to understand why iPad users have been fans of past Brydge options. With the Brydge Pro+, you’re getting an all-aluminum chassis, with a little notch cut out on the bottom. With the iPad Pro installed, this makes it feel like more of a MacBook instead of an iPad.

On the back, there are two hinges which are enclosed by rubber “feet”. This is to stop the metal hinge from scratching up the, back, frame, or display of the iPad Pro. These hinges also make it possible for you to rotate the iPad back 180-degrees. Just adding to the allure of being able to lay your iPad out, instead of keeping it in the keyboard. 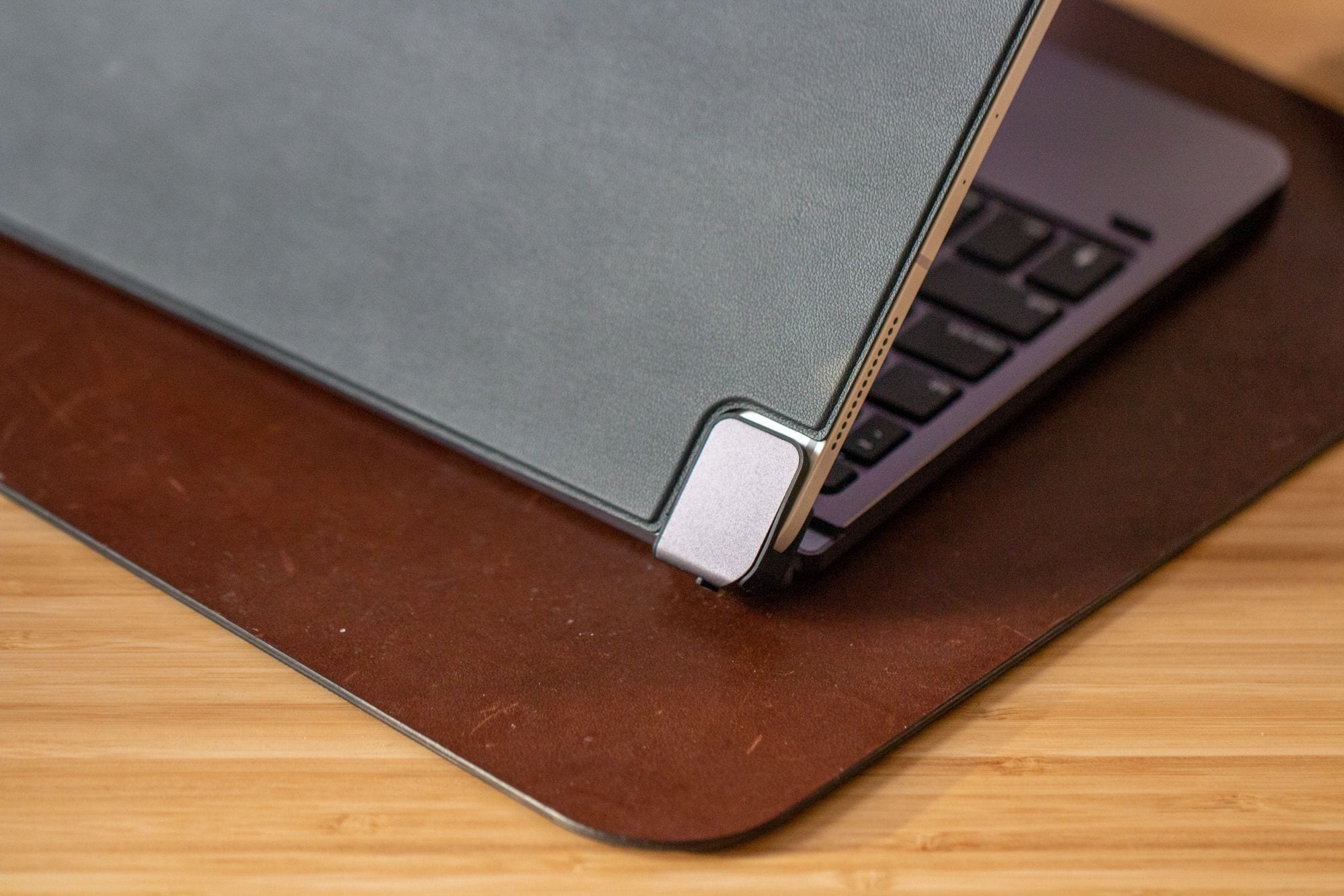 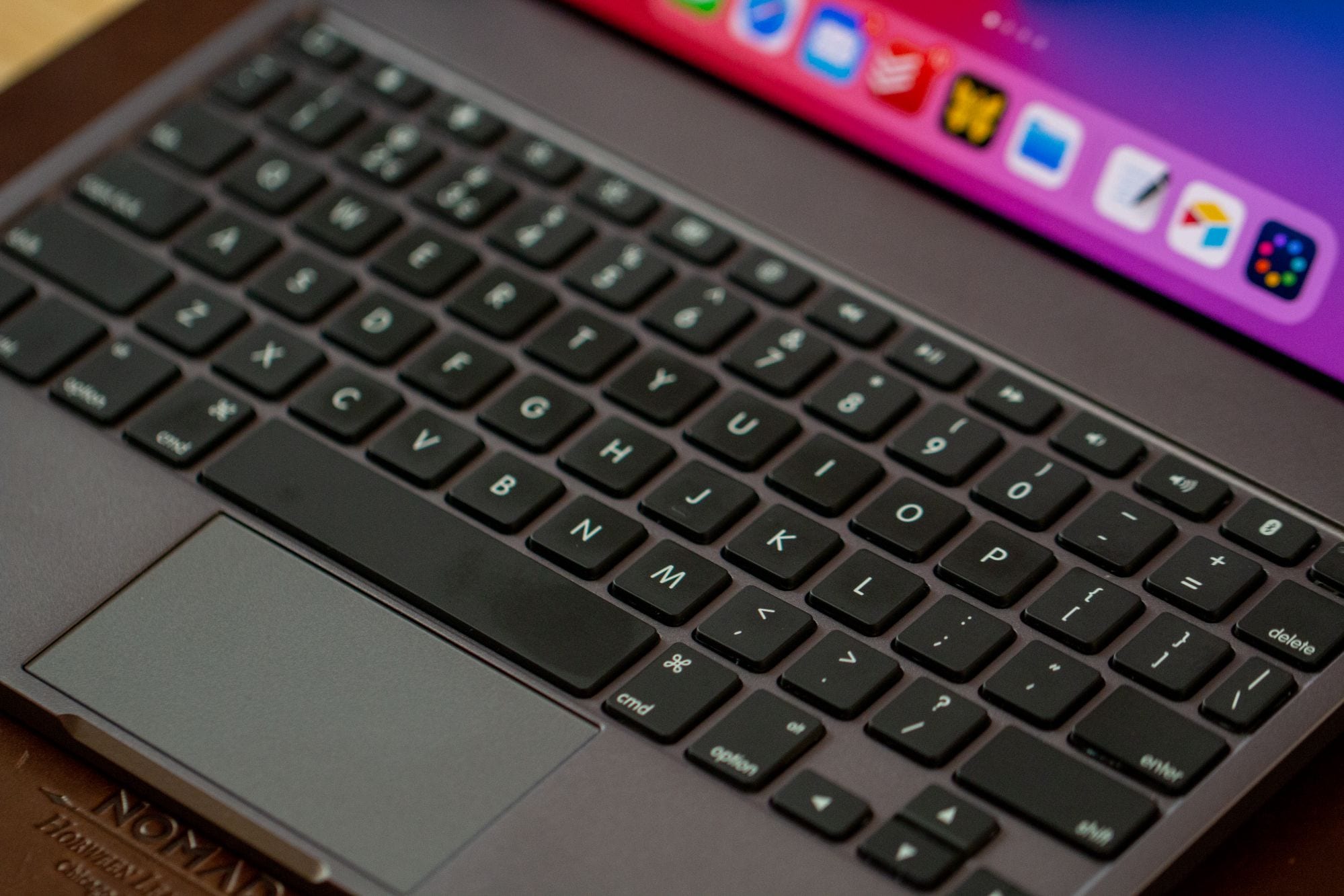 As someone who is thoroughly in-love with the Magic Keyboard, there’s just something that is better with the Brydge Pro+. The keyboard is tactile and offers the right amount of feedback. In fact, we would venture so far as to say that this keyboard closely resembles the hay-day of the 2015 MacBook Pro.

While Apple has fixed many of the mistakes from its butterfly keyboard, things are still a bit different with the Magic Keyboard. But what about when you’re not sitting at a desk? Well, I’m glad you asked.

Since the Brydge Pro+ has a hinge system, that means you can move the iPad back as far, or close, as you need it. This creates the perfect typing experience for your lap. Between the amazing keyboard and the hinge system, one could think that everything was perfect about the Pro+.

What’s wrong with the Brydge Pro+

But that just wouldn’t be the case, as all of this brings us to what’s wrong with the Brydge Pro+. The first “problem” is up to your discretion, and that comes down to the weight. The 11-inch Pro+ weighs in a 1.14-pounds, while the 12.9 version bumps that up to 1.51-pounds. 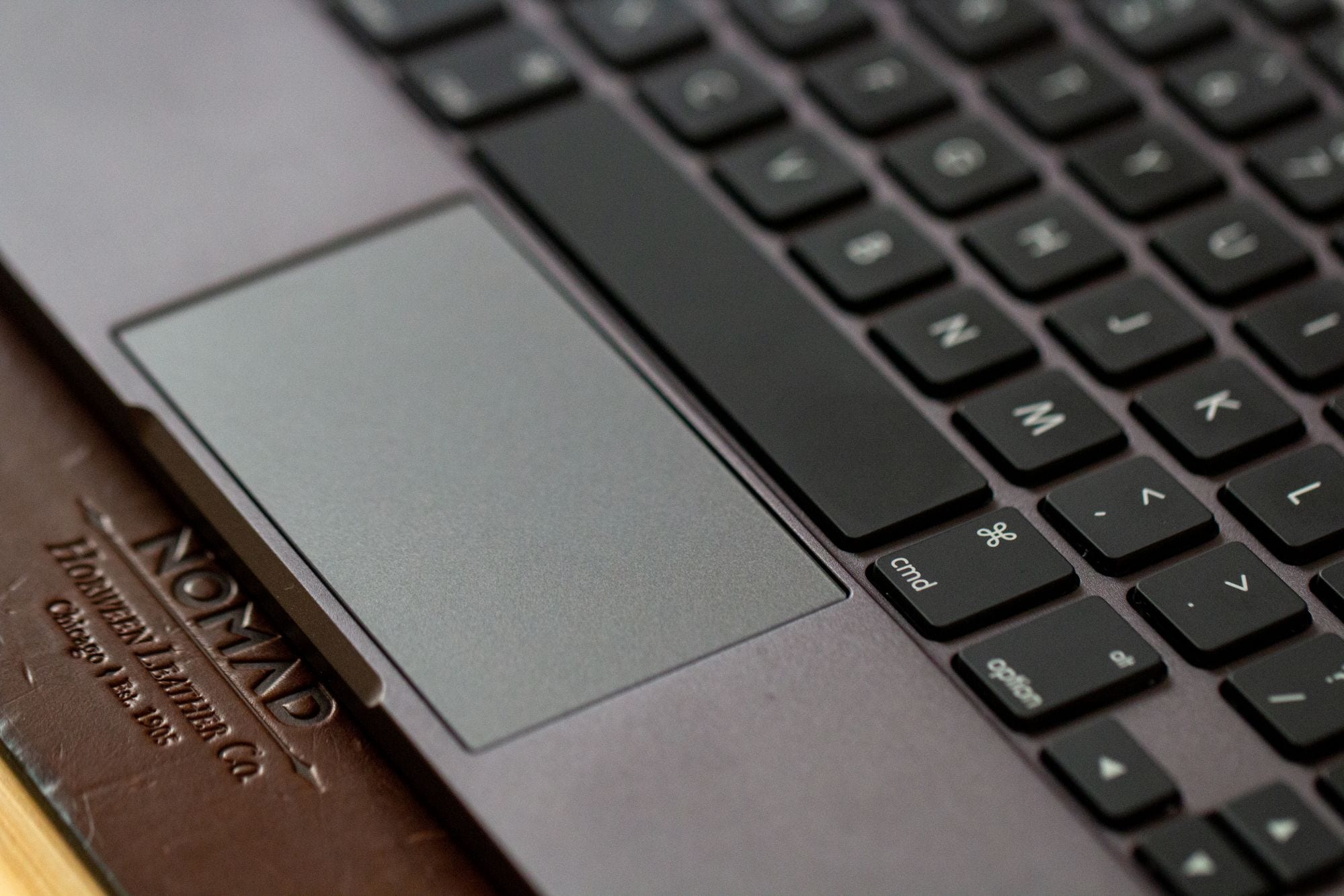 But the biggest issue with the Brydge Pro+ is the trackpad. The Brydge Pro has been available for some time now, and offers the same great keyboard and hinge system, just without the trackpad. With iPadOS 13.4, Apple brought integrated trackpad support for the iPad, but not everyone wanted to spring for the Magic Keyboard.

Brydge tried to combat this with the Pro+ by integrating a trackpad of its own, but this has left us with much disappointment. Mousing around with a single finger on the trackpad works just fine. After being paired, it’s not much different than using a mouse with the iPad.

But that all changes when you start trying to scroll with two-fingers or use gestures. Scrolling a webpage in Safari with the Pro+ is one of the most jarring experiences, and will leave you reaching for something else to use.

Those relying on gestures to navigate through iPadOS, will be thoroughly disappointed. The Brydge Pro+ is unable to take advantage of multi-finger gestures. This includes swiping down with three fingers to open the app switcher and using a gesture to slide left or right to switch between apps.

We are hoping that Brydge is working on something in terms of software updates. But the truth is that we aren’t sure if this on Apple’s side, or of it’s something to do with the trackpad and software on the Brydge Pro+.

Should you buy the Brydge Pro+?

If you’ve got an extra $200-$230 and want one of the best keyboards for the iPad, then the Brydge Pro+ is perfect. It’s a great typing companion for the iPad Pro, and is arguably better than that of the Magic Keyboard.

The aluminum chassis does add a bit of heft to the overall package, but that’s a sacrifice that some are willing to make for the sake of a great keyboard. What you may not be willing to sacrifice is the trackpad and lack of gesture support. For those hoping to get a keyboard and trackpad combination without springing for Apple’s first-party option, then you’re out of luck.

There’s a lot to love about the Brydge Pro+, but the trackpad experience leaves a bad taste.