You are here: Home / Apple TV / Can you record shows on an Apple TV? 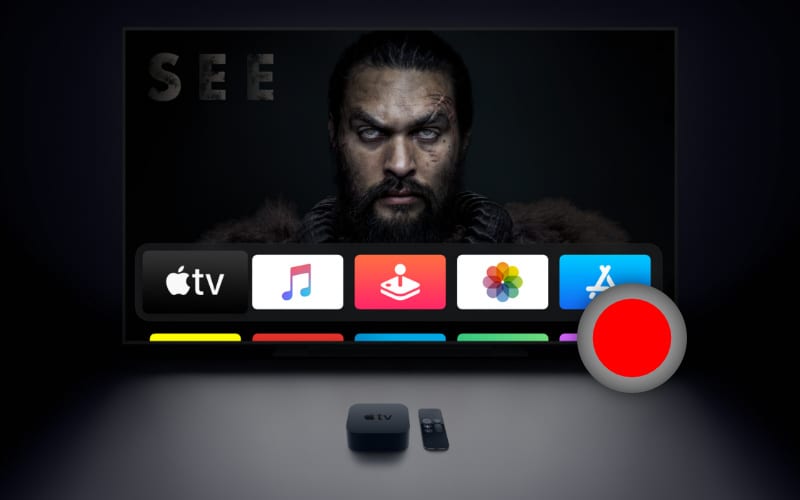 An Apple TV gives you access to a whole world of video content. You can rent movies from iTunes, stream the latest shows on Netflix, or tune in to live broadcasts with network TV apps.

But you can’t record shows on Apple TV to keep forever.

Is there a DVR for Apple TV?

DVRs let you record live TV and build your own library of TV shows and movies to watch at a later date. They work by recording the output from your cable box and saving it to a connected hard drive.

Apple designed the Apple TV to stream video content over the web. So there aren’t any extra connections for external hard drives or DVRs on the back of the unit, and even if there were they probably wouldn’t work.

Fortunately, with an Apple TV you shouldn’t need to record shows as much as you used to anyway. Almost everything is available on demand, so you can watch whatever you want whenever it’s convenient for you, without needing to record it first.

The only exception might be network TV apps that broadcast live content. Sometimes this content becomes available from an on-demand app after the broadcast, but if not you need to watch it live.

How do I watch video on demand with Apple TV

The advent of online streaming means there are huge libraries of video content available for you to watch at your convenience. If you bought an Apple TV recently, you can enjoy the shows and movies on Apple TV+ for free.

Otherwise, you might need to sign up for a subscription to Netflix, Amazon Prime, Disney Plus, or any other streaming service. Most of these services have huge libraries of content to watch.

The only issue you need to be wary of is that some TV shows and movies don’t stay on each platform forever. So you should aim to watch content sooner rather than later if you don’t want to miss it.

That said, any original content created by that platform is usually there to stay.

How do I record video from my Apple TV?

Despite the fact you can’t get a DVR for your Apple TV, it is still possible to record the video from it. You need a Mac to do this, and you’ll use its built-in QuickTime media software.

Don’t get too excited… You can record yourself playing games or going through the menus on your Apple TV, but you still can’t record TV shows or movies.

Anything you watch from iTunes, Netflix, Amazon Prime, and other streaming services is protected by Digital Rights Management (DRM) software. This prevents you from making copies or capturing screen recordings.

So even if you follow the instructions below to record the screen from your Apple TV, that recording automatically pauses when you start to play a DRM-protected video.

How to record the video from your Apple TV:

Unfortunately, these recordings are silent. So even if you found a way to bypass the DRM-protection on TV shows and movies, you wouldn’t have the audio to go alongside those videos.

Why can’t you record shows on your Apple TV?

Apple doesn’t want to make it easy to record shows on your Apple TV. This prevents piracy, but it’s also because streaming services only license their content for you to stream, not to record and own.