You are here: Home / AirPods / How To Connect AirPods to Nintendo Switch

Although the iPhone is a pretty incredible gaming device in its own right, it doesn’t quite reach the same heights as something like the Nintendo Switch. This is a fully-fledged console that can go with you anywhere, and then docked when you get home to play on the big screen. Despite the popularity of the Nintendo Switch since it was released in 2017, there are some frustrations.

One such frustration is the fact that you have not been able to use or connect AirPods to Nintendo Switch. For one reason or another, Nintendo has not allowed this to happen. Instead, we have needed to rely on accessories like the TwelveSouth AirFly Pro in order to use Bluetooth headphones.

Thankfully and surprisingly, Nintendo released an unexpected update for the Switch. With this update, you can now pair your favorite Bluetooth headphones to the Nintendo Switch. And luckily there aren’t any hoops that you need to jump through to make everything work properly. 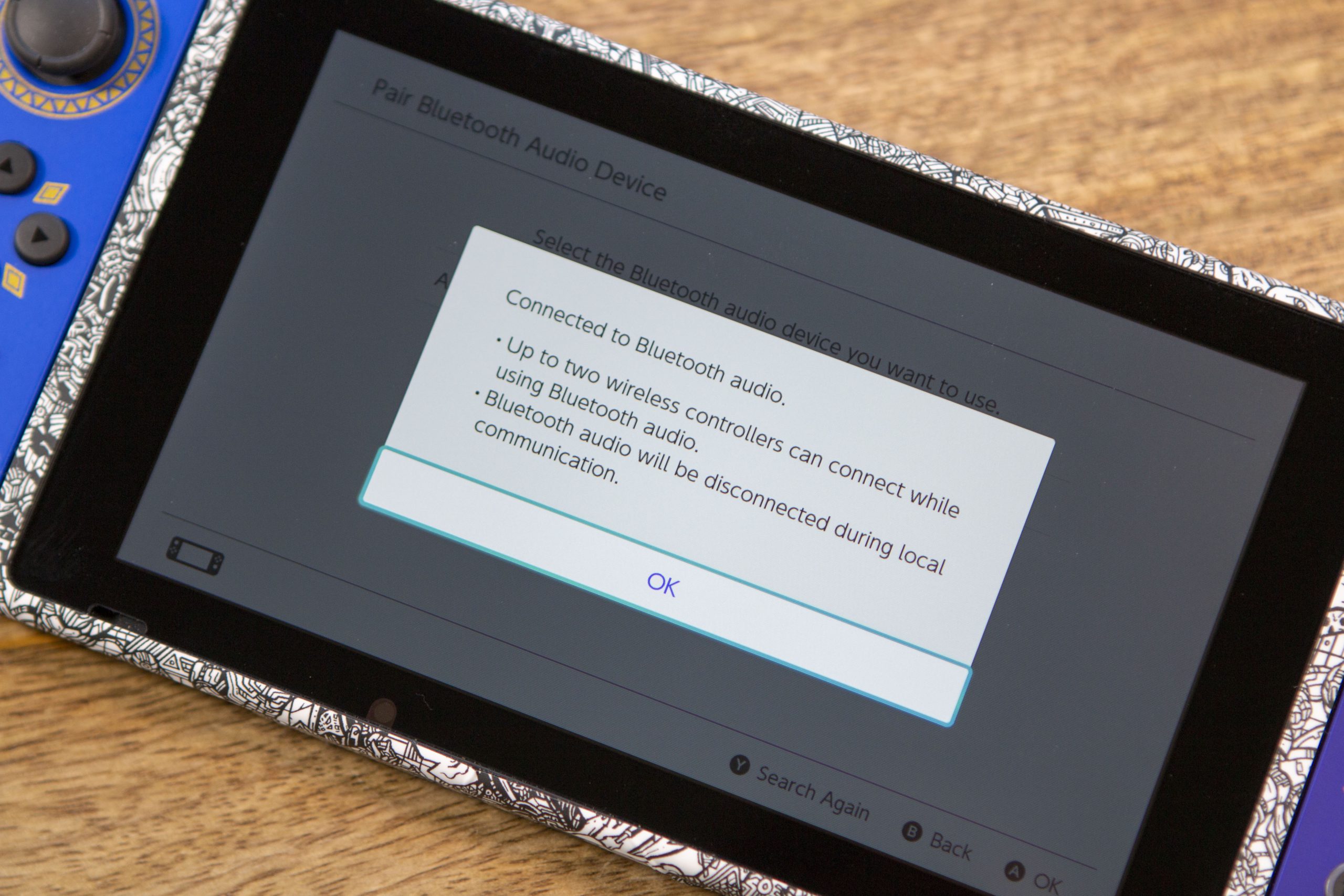 The first step that you need to connect AirPods to Nintendo Switch is to make sure that the latest update is downloaded and installed. In order to do this, you’ll need to head into the System Settings app and check for an update.

More than likely, if the update is already available, then you will receive a prompt the next time that you start up the Switch. From there, you can just follow the onscreen instructions to download and install the update.

One more step that you’ll need to take in order to connect AirPods to Nintendo Switch is to put the headphones into pairing mode. Here’s how you can put the AirPods in pairing mode depending on your model: 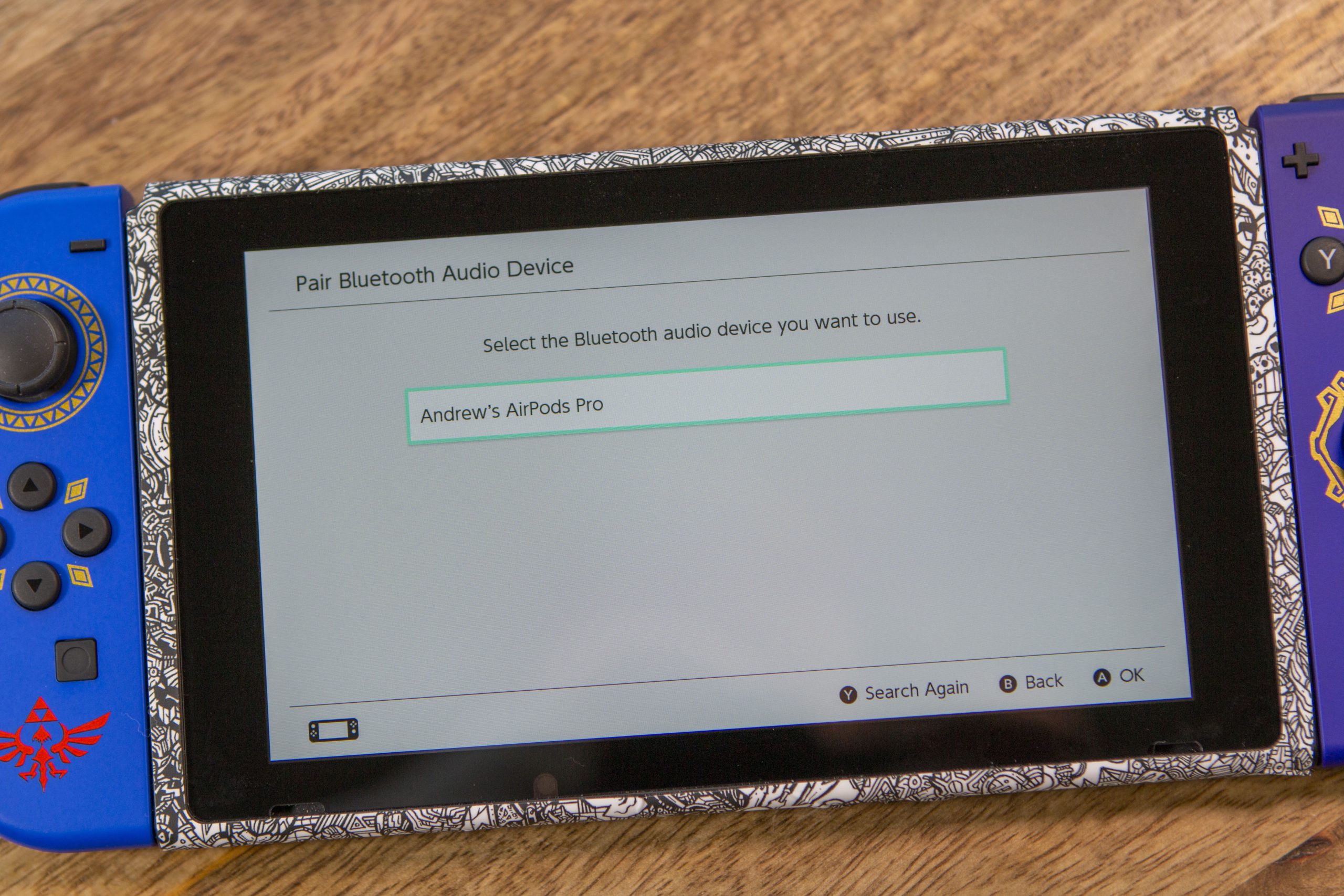 Now that your AirPods are in pairing mode, you can proceed with connecting your AirPods to your Nintendo Switch:

After the AirPods have connected, you’ll see a prompt appear on the Switch screen confirming that everything has been paired. Now, you can listen to the music from your favorite games without any workarounds. 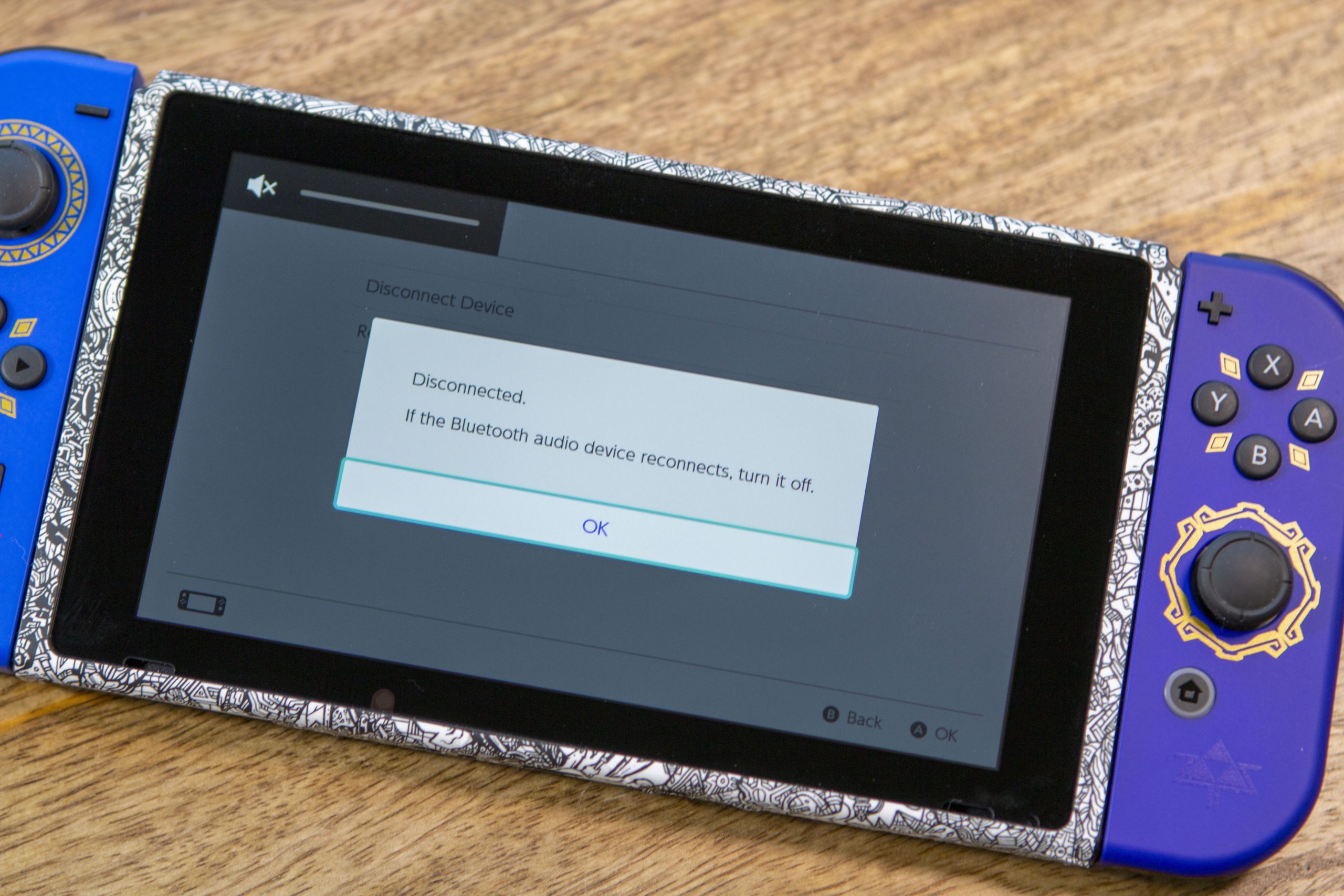 In the event that you find yourself wanting to disconnect or unpair your AirPods from the Nintendo Switch, it’s a pretty easy process. Just a couple of taps and you’ll be ready to go in no time.

After you tap the Remove Device button, a prompt appears on the screen letting you know that the AirPods are disconnected. You might also see the volume indicator in the top left corner appear. This lets you know that the volume has been muted so you won’t have to think twice about audio accidentally playing the next time you fire up a game. 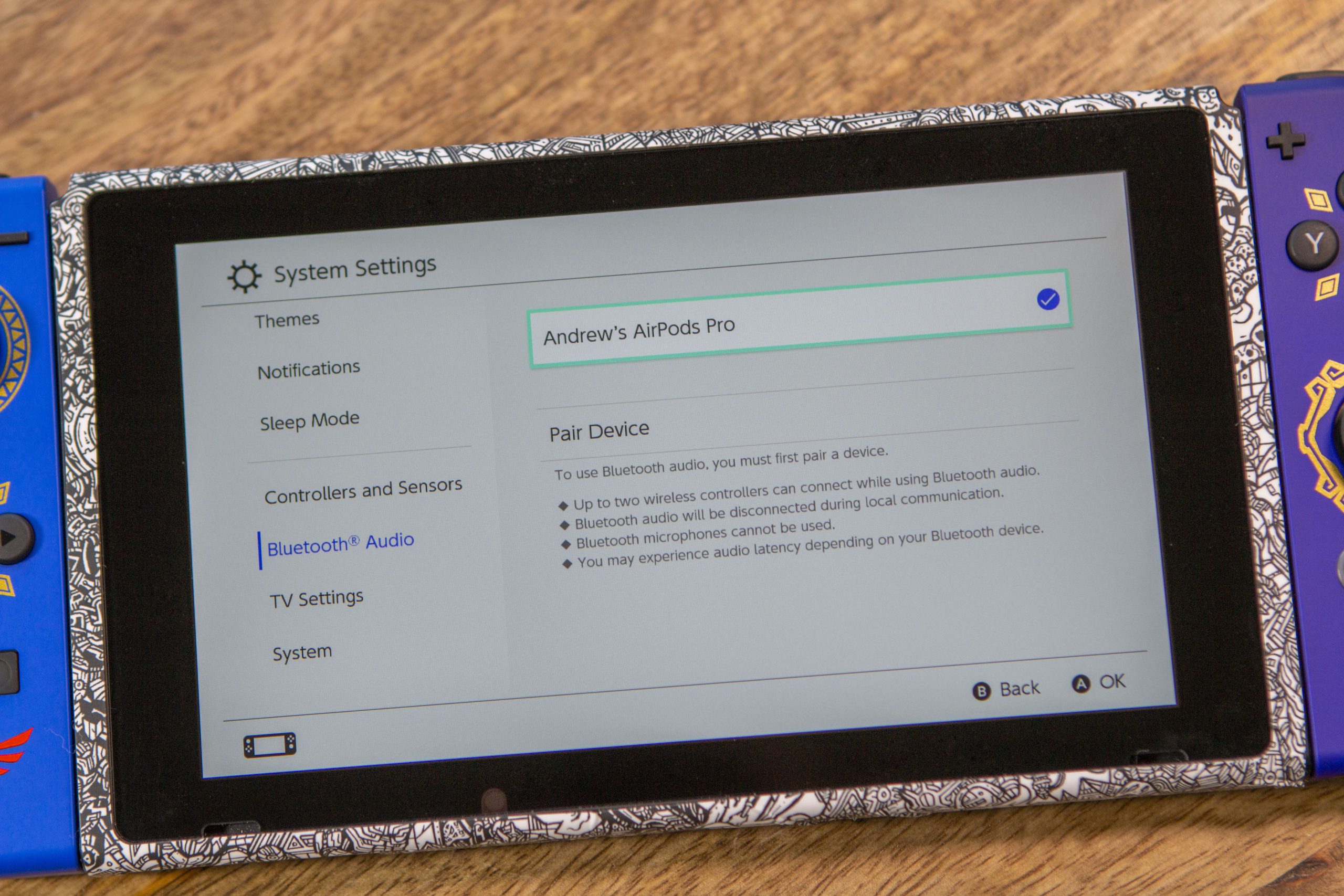 It’s entirely likely and probable that Nintendo will continue to fine-tune the ability to connect AirPods to Nintendo Switch. However, considering that it’s been almost five years since the Switch was released and we can just now use this functionality, we wouldn’t expect to see any major updates arrive in the near future.