You are here: Home / News / Elon Musk iPhone Alternative: Will It Really Happen?

If you’ve been on the internet for the past few weeks, you have surely heard about Elon Musk taking over Twitter and conjuring up a storm. Whether you love him or hate him, it’s undeniable that Elon Musk is stirring up controversy after controversy with his tweets and how he’s running his newly acquired company. So much so that there have been talks of him releasing his own smartphone in case relationships with Apple’s App Store or Google’s Play Store deteriorate. If you want to find out more about Elon Musk’s iPhone alternative, keep reading to see if it’ll happen and what it might look like if it does. 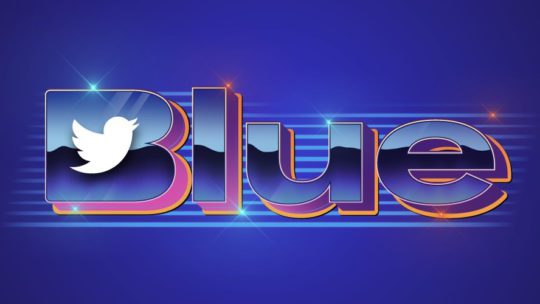 Elon Musk and Apple have gotten into a bit of a passive-aggressive war over the past week or so. Traditionally, Apple and Twitter enjoyed a positive relationship, with Apple being the social media platform’s largest advertiser. In Q1 alone, Apple spent roughly $48 million on ads on Twitter. However, that was before Elon Musk took over the platform. Since then, Elon Musk claims that the tech company threatened to remove Twitter from the App Store without reason. Whether there’s a reason or not, it seems other advertisers agree with Apple’s sentiment and have also pulled out of advertising on Twitter.

Musk then went on to post a series of tweets against Apple, including memes stating he’ll “go to war” with the tech company, writing about how the App Store implements a 30% tax on all purchases, and more. While he may be highlighting some poignant critiques about how the App Store has a near monopoly, it’s probably not good for business to continue to target your biggest advertiser in a series of critical tweets. This “war” (as Elon puts it) has sparked numerous rumors that Elon might make his own phone. And those rumors started from Musk himself when he tweeted his confirmation that he would make his own smartphone if Apple and Google removed Twitter from their app stores.

Will There Be an Elon Musk iPhone Alternative?

It’s hard to imagine that Elon Musk is serious about creating his own smartphone. His legal spat with Twitter before acquiring the platform showed that he wasn’t completely serious about purchasing it. Some reports claim that he may have been talking about purchasing Twitter publicly to increase its stock price, which he then went on to sell. Despite reports and claims, his purchase became a reality. Since then, it’s been met with controversy and criticism, with the verification fiasco and advertiser exodus revealing Musk’s leadership mistakes.

With how he’s run Twitter so far, it seems very unlikely that Elon would create a new smartphone out of spite of Apple and Google. Although this is the man that revolutionized the automotive industry with Tesla’s marketing tactics and created technology that meant rocketships could be reused. So with him, we should expect anything could happen.

So with the revelation that Elon would be open to creating his own smartphone, many rumors have popped up about what that would look like. Some even say that he’s begun the frameworks for creating one called Tesla Pi. Here’s what some of its features could include:

Seeing as Elon Musk is the owner of Starlink, it’s only safe to assume that the Tesla Pi (or whatever Elon might decide to call his smartphone) would utilize the network. Starlink has been extremely effective in providing stable internet access to those in less fortunate areas without proper network infrastructure, such as Ukraine during its war with Russia. Starlink is a branch-off of SpaceX and provides 5G service to all customers. Since all smartphones have 5G these days, Starlink would have to provide something for users, such as reliability or speed, that others currently don’t. We just don’t see a reason for anyone to want to use Starlink over other 5G providers unless you live in an extremely unstable environment.

One of the most exciting prospects that have been floating around is that Elon would make his smartphone chargeable via solar energy. Tesla already manufactures solar panels, so the company has experience in the field. Would it be possible to power a phone with solar energy? Where would the panels go to facilitate this infrastructure? It’s exciting to think about using renewable energy for more basic consumer technology so that the general public can feel more involved in the effort to be more environmentally conscious.

One of the last speculations that hold some weight is that the Tesla phone would be able to control your Tesla vehicle. This isn’t far-fetched at all, seeing Apple already has blueprints to create an Apple Car and many cars already have smartphone integration via Bluetooth. You might be able to use your phone as a key to your car by opening and locking doors, activating the smart system, and so on. If automatic driving becomes a thing in the future, perhaps you could even call your car to pick you up.