You are here: Home / News / What Is the Apple China Controversy?

Apple is huge in China, which is understandable seeing as the nation has been the fastest-growing economy for decades. With a growing economy, companies can tap into large demographics that didn’t have the ability to purchase goods that were considered luxuries. Apple took full advantage of this opportunity, and the tech company has become commonplace in the country. Apple is not only a popular consumer tech item for hundreds of millions of Chinese customers, but it is an important partner to the country’s economy, as it utilizes the full strength of the Chinese manufacturing industry to produce the majority of its products, parts, and technology. However, there has been heavy scrutiny of Apple’s partnership with the Chinese government in recent years. Find out more about the Apple-China controversy and how it may affect consumers around the world.

What Is the Apple-China Controversy?

There are two main contemporary reasons for the recent Apple-China controversy circulating the news. One is that 20,000 new employees resigned after Foxconn’s (one of the leading manufacturers of iPhones in China) failure to pay promised recruitment bonuses. The second Apple-China controversy is that Apple is actively helping the Chinese Communist Party quell protests by disabling a key tool for protesters to share information and communicate anonymously.

These two issues, combined with the ongoing Uighur slavery reports, have put pressure on Apple to cut back on its Chinese operations and seek partnerships elsewhere, such as Vietnam and India. Seeing as these two countries don’t provide the same technological manufacturing prowess as China and don’t have microchip production infrastructure to support Apple’s demand, it will be a while before Apple can fully retreat from the country.

Apple’s Role in China Cracking Down on Protests

China is currently experiencing mass protests in response to the government’s continued Zero COVID policy, where whole cities, districts, and towns are completely locked away from the rest of society if there’s a COVID wave. The country has had this policy since near the beginning of the pandemic, and the general population feels fatigued from societal isolation and constant lockdowns. Due to this, they’ve begun mass protests asking for the removal of Xi Jinping, the Communist Party’s leader.

To exert control over a protesting population, the Communist Party employs many tactics, such as censoring information and media and disabling many communication tools. It seems as if Apple has been assisting the Communist Party to achieve this agenda by disabling AirDrop, a crucial form of communication for protestors to share information and organize. Whether the government forced the tech company to do this or whether it was complicit with requests is unsure, but many in the West have highlighted Apple’s role in censorship.

Many point out that this Apple-China controversy shows the company is hypocritical as it produces multiple advertisements reassuring the public of its security measures and privacy features yet plays a big part in censoring those protesting for more freedoms. 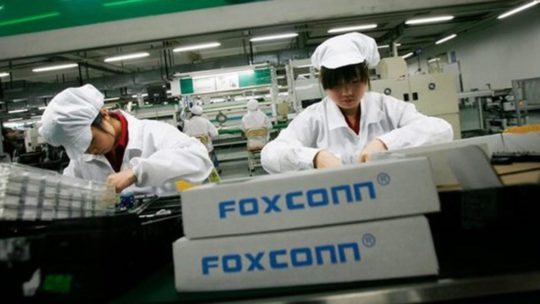 The second major Apple-China controversy that’s circulating news headlines is the recent mass resignation Foxconn faced when the company failed to deliver on one of its recruitment promises. While the official reason for the mass resignations is due to the company not paying bonuses out to employees, many comments by former employees seem to indicate that many were unhappy with the general working conditions and compensation rates. 20,000 new recruits decided to resign, and some claims state that the factory struggled to meet production goals, hence why the iPhone 14 is in such short supply during the holiday months.

To redeem its public image, Foxconn offered approximately $1,400 to each newly resigned employee. This means that the manufacturer had to pay about $28 million on the issue alone. Although the company’s spokespeople claim that the resignations have no impact on productivity and that the factory has already met its goals, there is a particular reason why many aren’t able to get iPhone 14 models, especially with Christmas nearing and Black Friday already passing. Apple has remained silent on these issues, even though some report that the company faced a 30% decline in production for the iPhone 14.

How Does the Apple-China Controversy Effect Consumers?

Many have wondered why, despite the hype surrounding the iPhone 14, there seems to be such a limited supply. Apple hasn’t said much about any production issues or supply shortages, so many are in the dark about this issue unless they connect the dots based on recent news. Apart from a supply shortage for the iPhone 14 and other new products, it seems as though there might not be any dire consequences for Western customers.

For those in China, however, there may be actual consequences depending on how Apple reacts to Western backlash. They may face more censorship or a ban on Apple products if the Chinese Communist Party wishes to take severe action on the matters it faces.