Okay, by now we all know the drill. Apple releases an iOS update to the public, and a slew of new problems are discovered by all the new users.  The latest update to iOS 10, specifically iOS 10.2.1, is no exception.  Since it’s release at the end of January, iFolks report a bunch of iDevice and other iOS 10.2.1 problems. But hey, this is old hat, right?  We’re used to it… 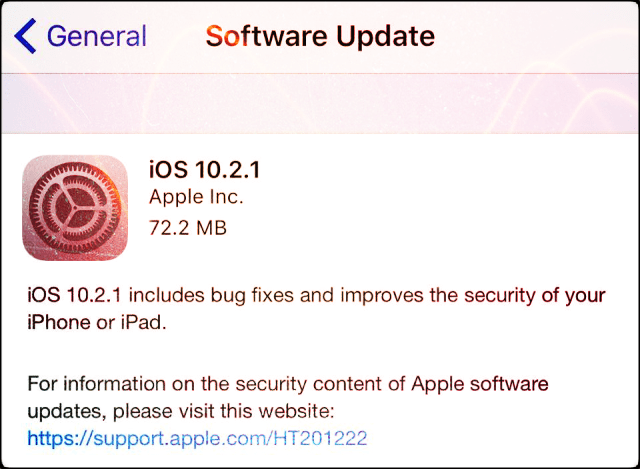 According to Apple, “iOS 10.2.1 includes bug fixes and improves the security of your iPhone or iPad.” It’s really a security update–one that was desperately needed. This update includes some critical fixes to iOS flaws that could have leaked your private information or even allowed someone or something else to take control of your device.

According to Apple, iOS 10.2.1 protects users from “maliciously crafted web content leading to arbitrary code execution, exfiltrate data cross-origin, and preventing a malicious website from opening popups.” That’s a mouthful!  But it translates into a much safer iOS experience, with robust protection against a wide range of security attacks.

So, we all shouldn’t experience problems but…

Some folks report that after updating, their iPhones or cellular iPads no longer connect to cellular data reliably. Readers tell us that their mobile network does not work anymore and that they can only access the internet when connected through Wireless Lan. Try powering off then powering on. If that doesn’t work perform a hard reset by holding the power key and home button (or down volume button for iPhone 7s and above). If that still doesn’t do the trick, go to Settings > General > Reset > Reset Network Settings.

Camera App Not Working At All

Quite a few users note that their iPhone or iPad cameras are completely black both front and back. The flash will not turn on. The phone sometimes says the flash will not work until the device cools down. But their phones aren’t even hot to the touch. However, the camera is working with some 3rd party apps like Facebook and Camera+ though it’s not working with Instagram. And the camera is working when you take a picture directly from iMessage. Now, that’s unexpected and strange!

For these issues, try the following

Gray Isn’t the New Black, Is It?

Some readers note that after updating to iOS 10.2.1, their 16-bit grayscale images are not displaying.  Instead, these images appear as just 100% black. It looks like this particular problem is impacting older iPhones and iPads, such as iPhone 5S and below and iPad 4th generation and below.

After updating to iOS 10.1.2, our reader Louis discovered that his iPad Pro longer allows him to edit or otherwise markup ANY photos.

First, if you backup your photos on iCloud, open the desktop iCloud site and take a look at your photographs online.  For a lot of people, when they view these pictures through iCloud on their desktop computers or via the request desktop iCloud site, their images appear just fine.  If you backup via iTunes, take a look at your Photos app and see if the pictures look okay on your computer.

iOS 10.2.1 Problems: No Touch ID or Add Fingerprint Grayed Out

This is one problem we all dreaded. Your iDevice’s Touch ID just fails.  For iFolks that aren’t so great at recalling their passcodes, this is a huge problem.  The story goes like this: you diligently and dutifully update your iPhone, iPad, or another iDevice to the new iOS 10.2.1 like a good iCitizen.  And then, disaster strikes and your Touch ID fails every single time. Your fingerprint is useless and won’t or can’t open your iDevice.  And you know with 100% certainty that this problem just started, right after your recent iOS update. This just cannot be a coincidence, can it? 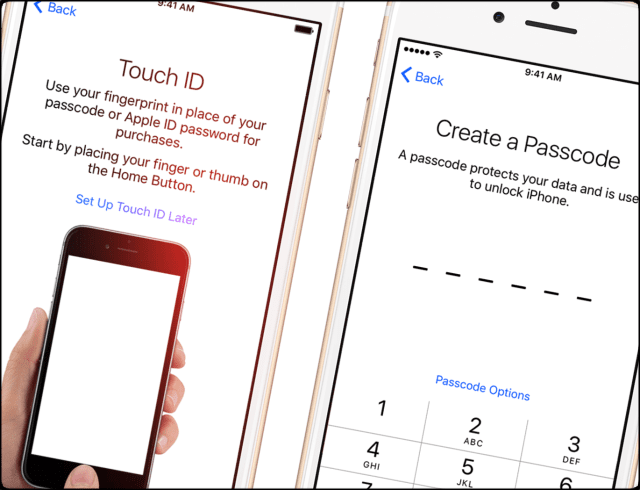 If you are lucky enough to remember your passcode, when you try to reset your Fingerprint(s) via Settings > Touch ID & Passcode, you get a message saying “Failed…Unable to complete Touch ID setup” or “Unable to activate Touch ID on this iPhone.” And of course, knowing that all things work the second time around, you go back and try again to reset your fingerprint.  And again, that “Failed…” message appears.  Though you try and try again, it all results in failure to capture your fingerprint(s), so now what?

Some iFolks also report that Touch ID & Passcode is empty and the section “Add a Fingerprint” is totally grayed out. All prints are gone, and all the Use Touch ID sliders are missing.  What the heck!

For others, the fingerprint scan doesn’t work when going into Settings > Touch ID & Passcode >Add a Fingerprint.  Clicking on “Add a Fingerprint” results in only getting the message to Place Your Finger on the Home Button repeatedly.  But then nothing happens when you do touch the home button.  No fingerprint is added.  And you wonder if somehow 10.2.1 disabled your iDevice’s ability to read ANY fingerprints.

When activating any of the options under “Use Touch ID for” it runs the Touch ID set up for a second, before swapping to a page that says “Failed. Unable to complete Touch ID set-up. Please go back and try again”. I have tried using iTunes to restore to a back-up (that was saved after I encountered the issue) to no avail. 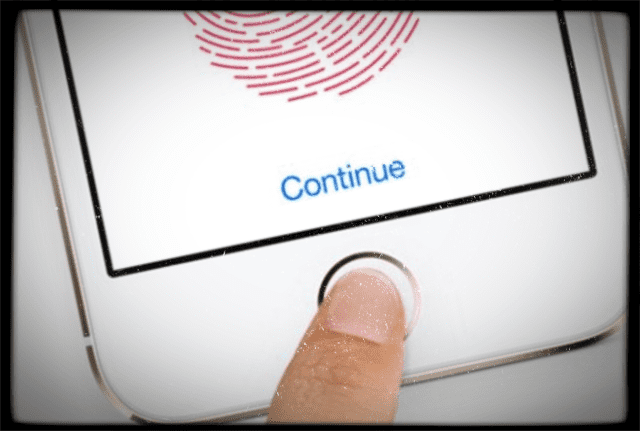 Tips for No Touch ID 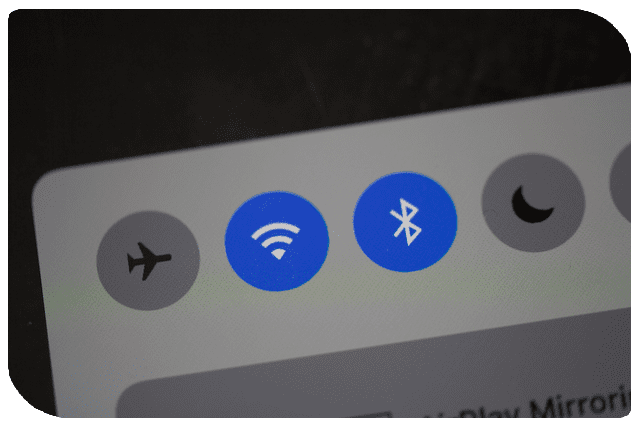 Another issue iFolks face after their iOS update is that they no longer receive notifications from their News Apps. And in these strange times, we all want to keep up with the news.  So not getting your News notifications is problematic. 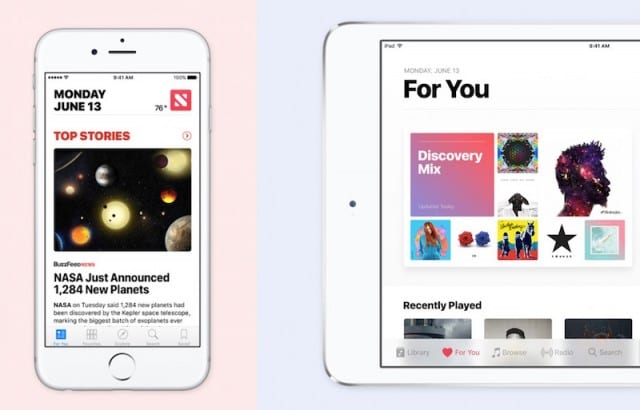 Tips for No News Notifications

They Dimmed The Screen

Several readers report that after they updated their iPhones to iOS 10.2.1, the display’s brightness looks remarkably dark when setting brightness to max and toggling auto brightness off. One reason for this lack of light intensity is iOS 10.2.1 itself, which apparently automatically dims your iDevice when its battery shows anything less than 74%.  Specifically, iOS 10.2.1 is dims your display automatically at 74% battery > dim to 70% brightness and at 49% battery > dim to 50% brightness. From what we understand, with iOS 10.2.1 once you hit that 74% or lower mark, you cannot manually make your screen any brighter through any of the usual Display & Brightness settings. 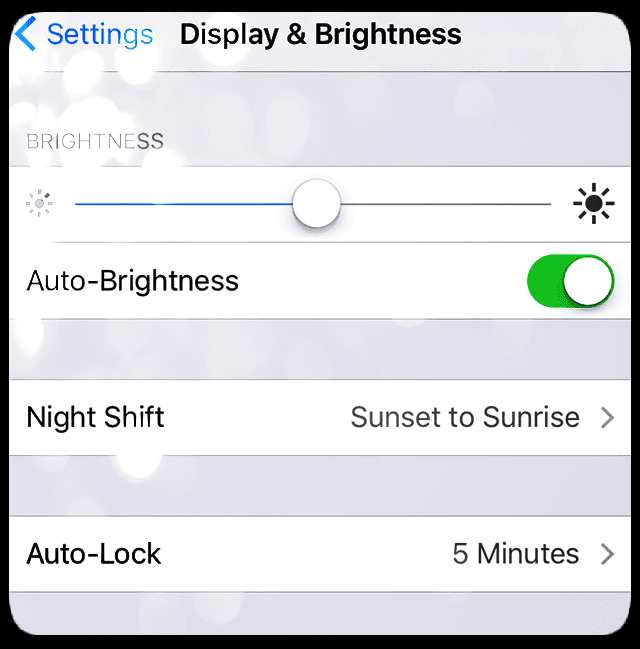 Check that your iPhone or iDevice isn’t getting too hot, like sitting in the sun or on something that produces or reflects heat.  When your device gets too hot, it often dims the screen to protect itself. Move it to cool it down, and it should go back to normal.

And of course, charging up your iDevice also solves the problem.

However, there are some features you CAN adjust that might make a difference

Another issue users report is problems with contacts after an iOS 10.2.1 update. Specifically, iOS is no longer processing contacts correctly. Apparently, the data field tagged ‘address’ is only showing a single line of data instead of inputs for street, town, zip code, country, and so forth. Additionally, some readers find that this update caused the text section in contacts’ Notes to not wrap around. Consequently, you only see one line of your contacts notes and not an additional information that they contain. 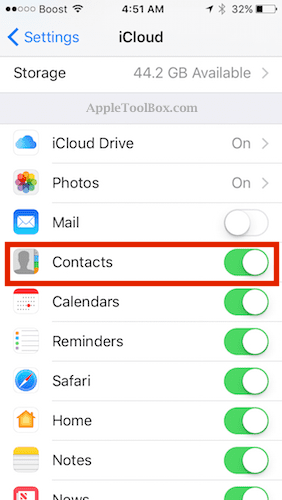 Suggestions to get Contacts in Order

Unfortunately, the battery draining woes from iOS 10 release continue with readers reporting little to no change here. This newest iteration of iOS 10 continues to require increased power consumption as compared to iOS 9 and earlier iOS releases.  To briefly sum up, it appears that almost all iPhones upgraded to iOS 10 (except iPhone 7 models) switch off around the 30% battery remaining mark. iFolks report even stranger battery behaviors since updating to 10.2.1.  In particular, some users are discovering that their iPhone batteries are draining erratically with battery percentages moving up and down without any apparent pattern.

There’s no one consistent fix here–and hasn’t been since the release of iOS 10 back in September when these problems were first noted.  However, some users report success when they let the battery fully drain until the phone shuts off, then fully charge it WITHOUT using the phone during charging.  Pretty extreme and certainly inconvenient.

Apple does acknowledge some battery problems, particularly on iPhone 6S models.  If you’re experiencing this on an iPhone 6S, contact Apple Support via email, chat, or phone. They may send a post-paid box to return iPhone for a thorough battery check and possible replacement.

Unfortunately, some users report that after the iOS 10.2.1 upgrade, even their iPhone 7 and 7Pluses are showing signs of the 30% battery bug. Charging has slowed down, and some iFolks are unable to use their iPhones when it’s charging.

New on the scene are problems associated with WiFi after the iOS 10.2.1 update.  It appears that for some iPhones, WiFi isn’t reconnecting when its turned OFF and then back ON again. It seems that the iPhone is unable to pull an IP address from the DHCP server. So when the DHCP license expires, your iPhone no longer has an IP address, so it starts using cellular data instead. It appears that with this particular problem, the WiFi icon looks as if WiFi’s ON but it’s trying to get an IP address (and not getting one.) 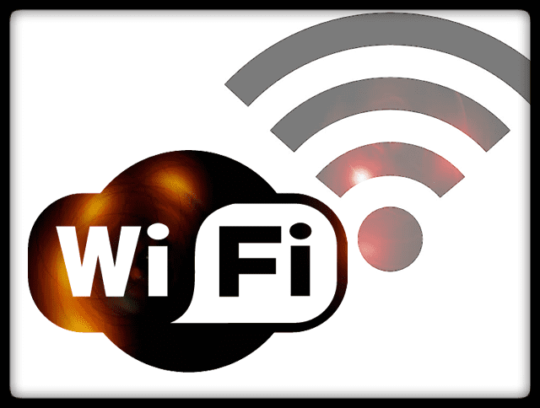 For iFolks getting up each morning and then turning on their iPhones, this is a real problem! The usual morning routine of each checking emails, Facebook, Twitter, and other social media now defaults to cellular data. And consequently, your mobile bill may go through the roof with data charges!  Sadly, we don’t know of a fix for this particular issue–contact Apple Support as soon as you notice symptoms. Or if your cellular data use is skyrocketing without any reason on your part. 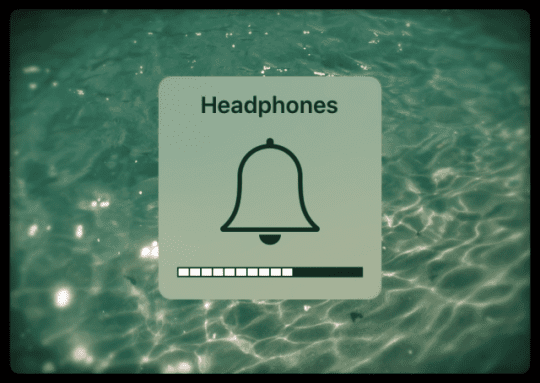 Luckily, we have an entire article on this exact issue. This stuck in headphones mode frequently rears its ugly head after iOS updates–not sure why but we certainly notice a pattern.  For those of you with Lightning Connections and no headphone jack, check out this article.

We see a few instances of iPhones failing to update apps from the App Store following the user’s update to 10.2.1. Symptoms reported include App Store crashing, apps stuck in endless update cycle, or App starting to update but then immediately quitting with those apps’ status returning to the UPDATE button.

For these type of app update issues, first, try to force a reboot. Hold down the sleep/power/wake and home (or volume down for iPhone 7 and above) keys for 20 seconds until you see the Apple logo. If this is occuring on some apps but not all app updates, force those to close those troublesome apps by double tapping the home button and swiping up on the app’s preview. Then try to update the apps again.