You are here: Home / iPhone / iPhone not saving Facebook photos in iOS or iPadOS? Fix it!

Have you recently updated your iPhone, iPod Touch, or iPad to the latest version of iOS or iPadOS, only to discover that when you try to save a photo from Facebook, you can’t? Is your iPad, iPod Touch or iPhone not saving Facebook photos and you’re asking yourself why can’t I save photos from Facebook anymore? Seeing the message to open your Settings, tap Privacy then Photos and Set Facebook to ON? 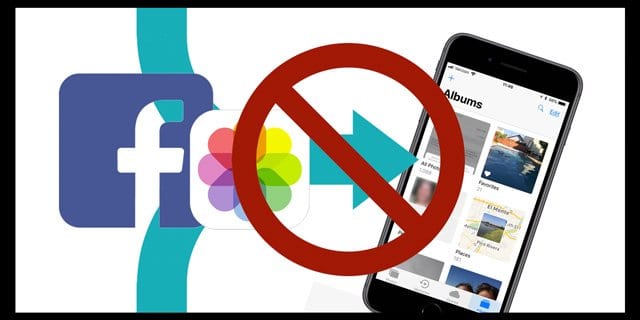 If you experience this problem, you are certainly not alone!

We’ve received quite a few emails, comments, and Facebook Messenger chats about this very issue.

It seems simple enough: if Facebook requests permission to access your photos, it should appear in your Privacy Settings and let you turn it on. But nope, not working!

Well, then why isn’t it working and how do I get this darn issue fixed?

First off, iOS 11+ marked a big change in the way your Apple iDevices handle third-party privacy.

Mainly, your Apple iOS no longer integrates ANY third-party social networks by default.

What that means is Apple removed all social app single sign-ons from iOS’s Settings App. 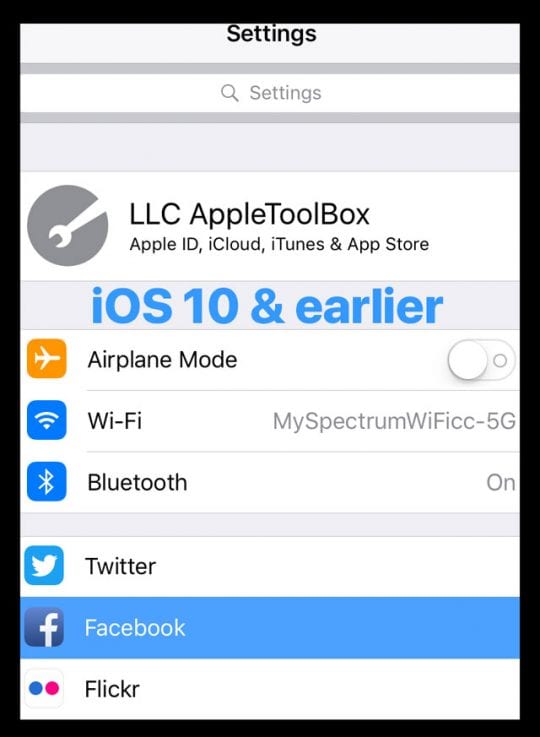 You now sign into all third-party apps via the app itself.

And this changes our daily use ALOT, from Photos to Siri.

3-Steps To Save Your Facebook Photos in iOS 11+ and iPadOS !

If you can’t save pictures from Facebook to iPhone or iPad, the first time you open Facebook after updating to any version of iOS or iPadOS from ioS 11 onwards, you need to update your app permissions to allow Facebook access to Notifications, Location Services, and Photo Access.

For most of us, we need to first give Facebook permission before this toggle shows up. 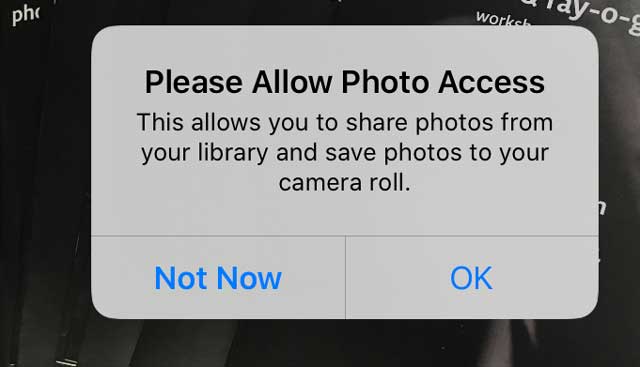 Once you give Facebook permission to access your Photos, saving photos is easy! Just long-press a photo or tap the three dots and select Save Photo. And remember that not all photos can be saved to your iPhone–some photos are restricted by the owner. So if you find you cannot save a particular photo, try another! 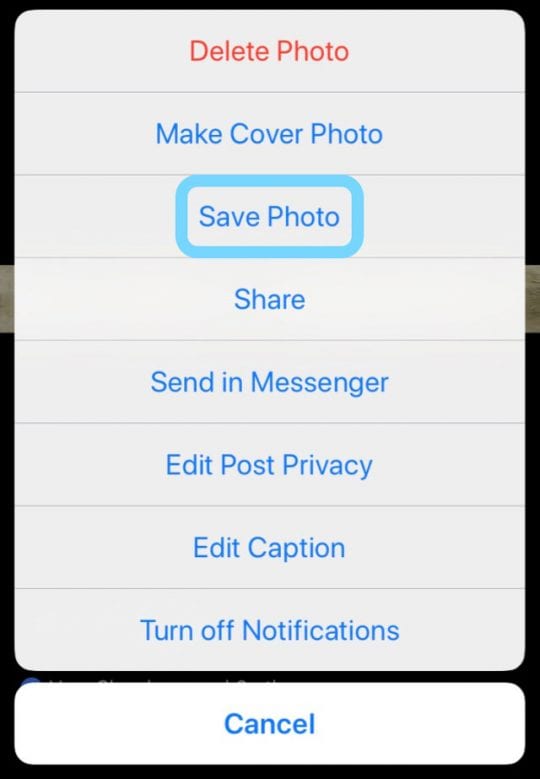 There are also options to Share, Send in Messenger, even edit the privacy or caption as well as some additional functions.

If it’s still not there, perform a forced restart

And if that didn’t work, delete the Facebook App by going to Settings > General > Storage > Facebook > Delete App. 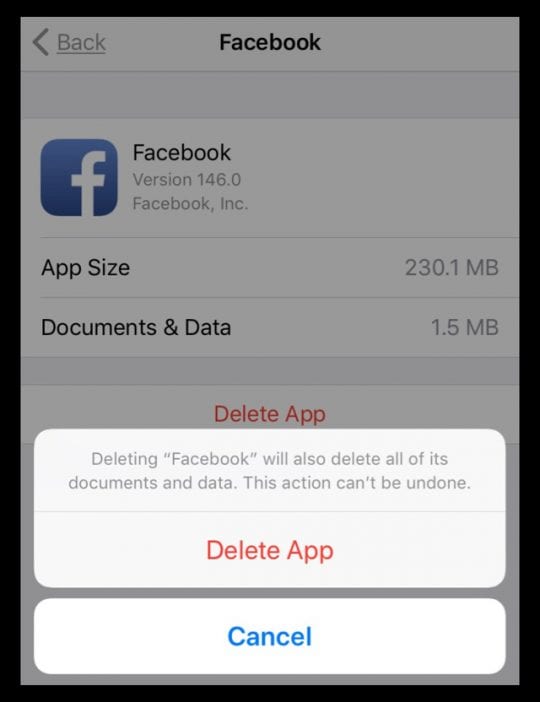 Once deleted, restart your iDevice by powering off and then powering back up. Then visit the App Store and download/install Facebook. Then go through Steps 1-3 again.

Within Siri & Search Settings, you can toggle on both Search & Siri Suggestions and Use with Siri, to allow Siri access to search Facebook, Twitter, and other third-party apps.

When you turn on Use with Siri, you can ask Siri to look up things on your Facebook and other social network accounts, like finding friends. 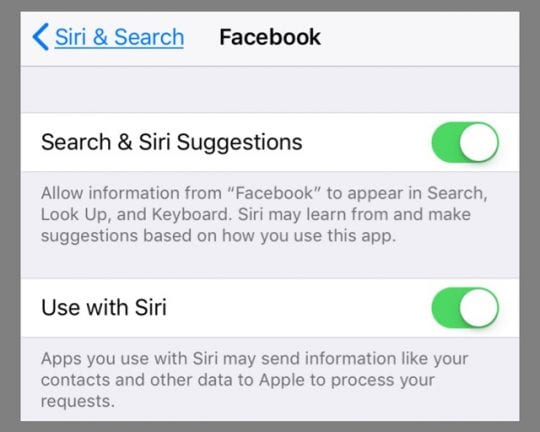 But, you can no longer ask Siri to update your FB status or send a tweet for you. So something gained and something lost.