The iPad has been a staple in many people’s lives for over a decade. When it was released in 2010, the iPhone wasn’t as widely adopted as it is today, and many scoffed at the idea of a “bigger iPhone”. It’s safe to say that, just like with all other Apple products, the public got used to it. There have been some recent rumors floating around claiming that Apple is working on a special version of macOS that would work on the M2 iPad Pro.

Apple enthusiasts have been calling for the company to port macOS to the iPad for a while now in an almost Chromebook-like fashion. The rumors claim that, while not a port, Apple is trying to create a whole new and smaller version of macOS that would work more efficiently on the iPad. So what can you expect from these rumors? And what would macOS on an M2 iPad Pro look like for consumers? Read on to find out more below.

What is the M2 iPad Pro? 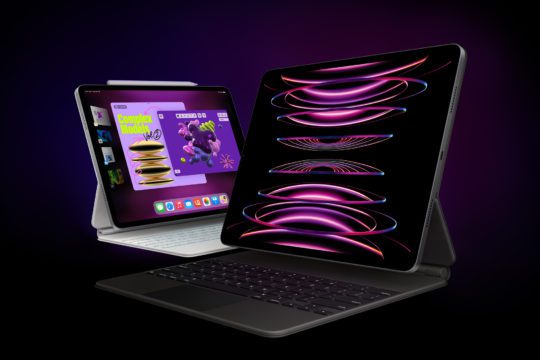 The “M2” in the new iPad Pro models released in October 2022 refers to the chip inside the device. Think of the chip as the brain behind the iPad, which gives it its functionality and power. Stronger chips allow consumers to do things on the iPad that would have taken a lot more processing power on older models and take their device around like a mini laptop. The new iPad Pro models with M2 chips in them are set to release in store on the 26th of October, 2022.

The new M2 chip has an 8-core CPU and 10-core GPU, meaning you can enjoy better graphics and faster processing power on your device. For example, if you were editing a large video project, you could make any graphical corrections with more accuracy and render the file quicker. Alternatively, if you enjoy playing games on your iPad, then you could play more graphic-intensive games with ease. Apart from the M2 chip, Apple’s new iPad Pro gives you access to super connectivity, boosting download and upload speeds across the board with Wi-Fi 6E support. Of course, all this comes with the ability to use iOS 16’s features to the max. But is all that enough for the iPad? Many users want much more for what they’re paying.

Is macOS coming to the M2 iPad Pro?

According to multiple rumors and leaks, Apple is working on creating an all-new version of macOS that would accommodate the M2 iPad Pro’s hardware. One of the leading complaints is that iPads don’t have enough capability or support for desktop-level software. Many users feel that editing content, creating special pieces, and working on projects don’t translate too well on the iPad Pro due to its limited hardware and processing power. According to one leaker, the new macOS that Apple has lined up for iPad support is called Mendocino and will be smaller and more compact than the Mac software counterparts.

Of course, rumors are always to be taken with a grain of salt, and it’s rare for Apple to leak or give out any sort of information about software testing. For all we know, they could have been testing a macOS version for iPad for years now. However, what’s strange is that Apple is taking a half-measure instead of porting over a full version of macOS to the M2 iPad Pro or future versions.

What would macOS on the M2 iPad Pro mean?

A macOS software update would mean you could do so much more with the iPad, such as: 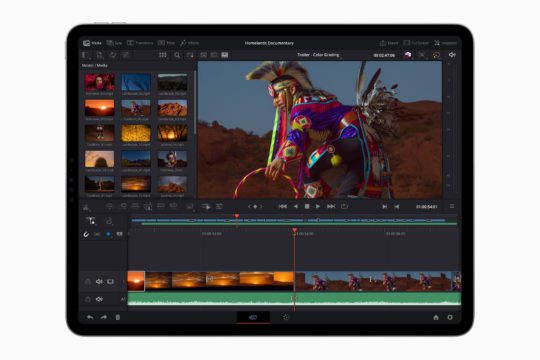 macOS on an M2 iPad Pro means that you can process tasks much quicker due to the faster processing speed and capabilities. The M2 chip is already extremely powerful with its CPU and GPU cores, so we don’t see why you couldn’t edit hour-long documentaries or render 3D print models with ease. Imagine you have a super powerful mini laptop in your carrier. You could attach a mouse and keyboard and practically use your iPad like a computer.

One of the best things that could come with macOS support is improved graphics capabilities. With expansive software and a strong M2 chip, you could use your laptop to play games or complete projects with as much accuracy as possible. Although the M2 iPad Pro already has great graphical capabilities, it might not be able to run intense programs and applications like a Mac might be able to.

If you like working outside, you know how much of a great companion an iPad can be. For basic tasks like document editing, digital content creation, and other more basic tasks, it’s great. But you might want to bring your Macbook or laptop PC around if you have more intense projects to complete. With macOS on an M2 iPad Pro, you could pretty much use your iPad as a Mac for those situations instead.