You are here: Home / iPad / How To Remove Yourself From A Group iMessage

We have all been there at some point in time over the years of using iOS. Your friends want to create a new group iMessage chat, and it ends up obnoxious, or it’s just time to leave.

You may think that there is no end in sight and that you can’t leave the conversation. Luckily, that is not the case, at least for the most part. 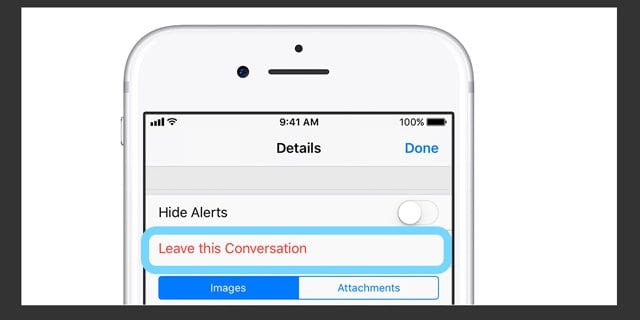 If you don’t see the option to leave, it’s likely that one or more of the group isn’t using an Apple device with iMessage enabled.

The bad news? You can’t remove yourself from these group messages.

The good news? You can probably mute the conversation.

There is another option for you to consider, before simply leaving the group message altogether. This process involves muting the conversation, which is a rather convenient, yet hidden, feature.

What is a Group iMessage According to Apple?

It’s confusing for sure!

Apple considers there to be three types of group messages

Apple only fully supports one of those groups: Group iMessage

Yup, your device only truly supports iMessage only group messages, where all participants use Apple devices and the messages are in blue bubbles!

Only iMessage group messages allow you to name a group, add or remove people from the group, or leave the group.

You can mute both iMessage groups and MMS groups.

Instead of just leaving the group conversation, you may just want to mute it for the time being. Apple has included the ability to mute specific conversations, so your notifications stop blowing up.

Only if all of the users in a group are on Apple devices can leave a group.

If anyone in the group is not on an Apple device, you cannot leave the group.

Instead, choose to Mute that group. You can mute both iMessage Groups and MMS Groups–but not SMS Groups.

How To Mute a Message Conversation on iPhone or iPad 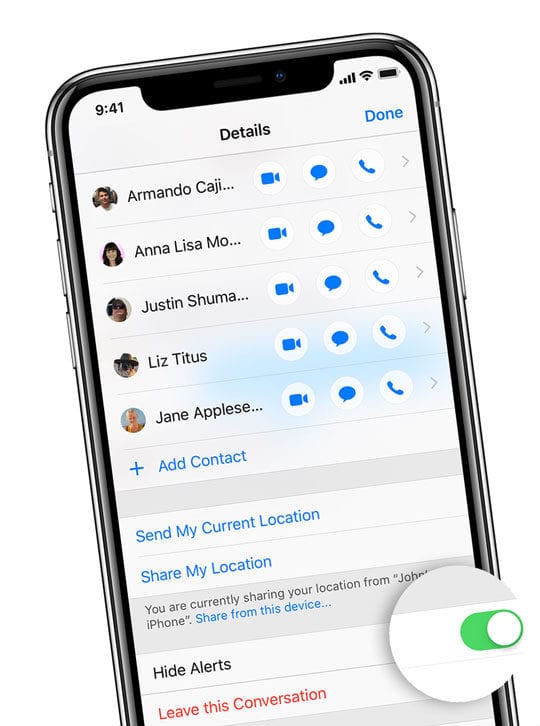 This method is convenient for those group messages that include non-iOS users.

When Hide Alerts is on, you see a crescent moon next to the conversation. This button stops notifications only for that message conversation.

Want to Leave a Group with Android Friends or Family Participants?

For some reason, Apple has yet to make it possible for you to leave group messages with non-iOS users entirely. Part of this has to do with the fact that non-iMessage chats are sent via SMS and using your carrier.

Android devices are not yet capable of taking advantage of iOS and aren’t given the same features when using SMS. In this case, you will be left to contact the creator of the group to remove you from the chat.

If that doesn’t work, you will then need to ask either the creator of the group or someone else to create a new group chat without your number included.

This is somewhat frustrating as it may feel like you don’t want to ruffle any feathers, but it will be better in the end.

How to Leave Group iMessage Chat on iPhone, iPad, or iPod

So you’re a part of a group iMessage, and the notifications won’t stop.

Maybe the group is talking about things that do not pertain to you, leaving the message feeling like spam. 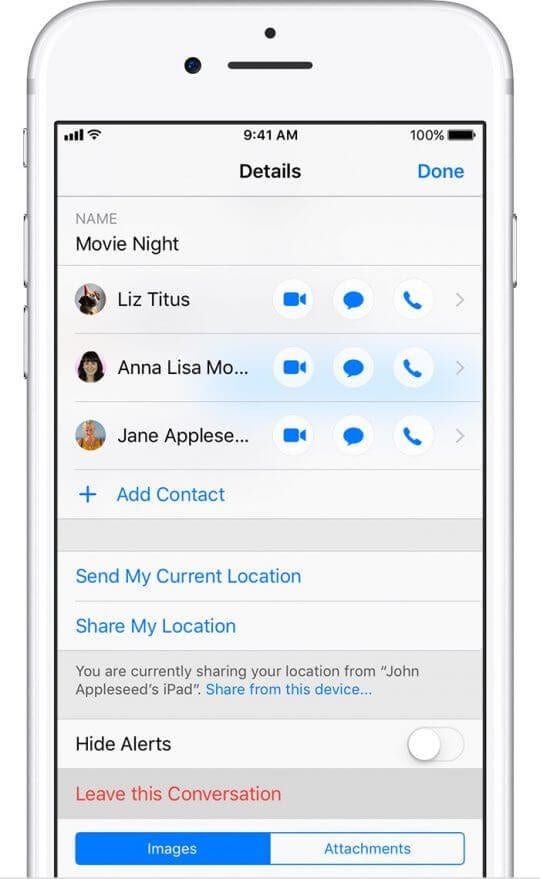 Sure, you could mute the notifications for that group chat, but what if you want to remove yourself altogether?

Rules for Leave This Conversation

First off, remember that you won’t see the option to Leave This Conversation from group MMS messages or group SMS messages.

AND the option to Leave This Conversation from a group iMessage is only available when that conversation has at least three other people (so four total including yourself.)

When you have less than four people, Leave This Conversation is greyed out.

Here are the steps to leave a group iMessage Conversation

From there, your device asks you to confirm that you want to leave the chat.

Simply tap confirm, and then you won’t have to worry about an obnoxious group conversation.

Remove others from the group

There will very likely be sometimes that you need to remove someone from a group iMessage.

Whether this is someone who you added accidentally or has no bearing, the process is still pretty easy, straightforward, and painless. 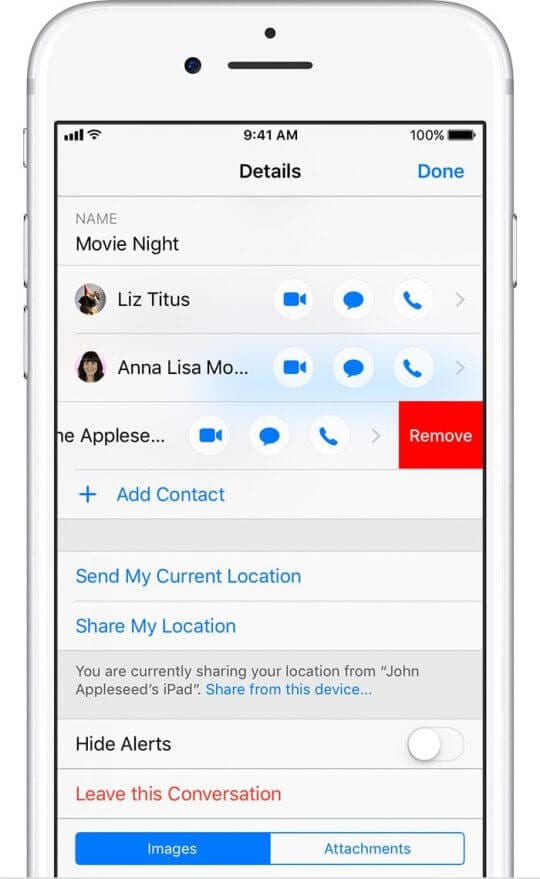 Just like Leave this Conversation, you can only remove a person from a group iMessage that has at least three other people–so four total including you!

And you can’t add or remove people from group MMS messages or group SMS messages.

Here are the steps to remove someone from a group iMessage:

Once completed, iOS automatically removes that person from the group.

This procedure keeps your group name in-tact, along with any of the history of the chat.

It’s important to remove users if you want to keep the history of the entire conversation.

There is no doubt about the fact that iMessage is the best messaging platform for iOS users. Google continues to struggle in this regard, with some Android users requesting that iMessage be made available on Google’s operating system.

Nonetheless, there are loads of features packed into the Messages app, and these are just a few. If you have any questions, be sure to let us know in the comments below. If there are any tips that you would like to see covered, please don’t hesitate to sound off in the comments.