While iOS 13 and iPadOS are stealing the headlines, tvOS 13 is getting a little bit of love from the community. The latest release for Apple TV owners brings quite a few new features to the forefront, including showing off Apple TV Plus at every opportunity ahead of its official launch.

While there are many great new features coming to, and available, for tvOS 13, there are some changes that folks might not like. One such instance is the Up Next functionality that was present in previous iterations.

Where is Up Next on your Apple TV?

For those who are new to the Apple TV experience, Up Next was a feature that would show relevant movies and TV shows. This occurred when the TV app was highlighted while navigating through tvOS.

With the release of tvOS 13, it seems that Apple has decided to remove this functionality. Instead, when highlighting the TV app, you are now shown ads for media that is unlikely to be in your wheelhouse. 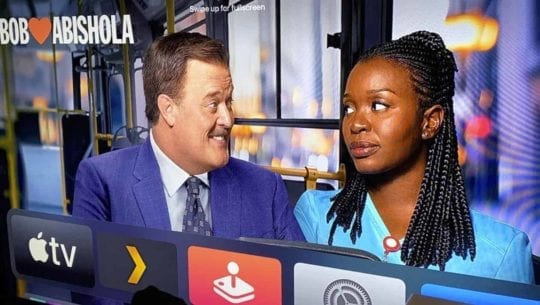 This means that you are presented with pointless ads whenever you hover over the TV app. Obviously, this has frustrated many Up Next users, to the point where some claim the ATV is now less useful.

Having ads for useless TV shows and movies appear on your home screen is really frustrating. Especially when you consider that a great reason or the Apple TV was to get rid of the ads presented by the likes of Roku and Amazon Fire Stick.

Luckily, Up Next has not completely been removed from Apple TV with tvOS 13. Instead, it can be found AFTER opening the TV app from your Apple TV. Then, your personalized and tailored suggestions will appear with trailers and such.

Can you get around the ads?

If you don’t want those ads thrown in your face every time you hover over the TV app, there is a pretty obvious, but annoying one. It involves removing the TV app from the top row of apps on your Apple TV home screen. 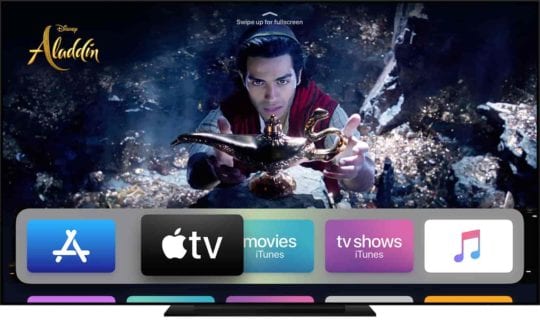 One Reddit user even suggested re-mapping the Home button to the Apple TV app for quick access. This can be done by going to Settings, Remotes and Devices, Home Button. Then, choose “Apple TV App” as the option for what shows up when pressing the Home Button. Not only will you get around the ads, but you will also miss out on the traditional “Up Next” functionality we were accustomed to.

If you have not updated from tvOS 12.4, you can opt to stay on that version until Apple forces your hand. But we would strongly recommend giving Apple the feedback it needs so it can hear from its users about this abomination of a feature change. Nobody wants ads, and Apple was an oasis that kept us from them, until now.

As a proud owner of an Apple TV, it pains me to see the company make this move, regardless of how hard it’s trying to push ads for TV Plus. If you are going to force ads upon me, at least give me the option, as the consumer, to remove them without jumping through hoops. Let alone without losing functionality that I have been accustomed to after it was added to tvOS.

If you happen to find any other workarounds, please let us know in the comments below. If you are on the other side of the fence and have found these changes useful, sound off and let us know why!