You are here: Home / iPhone / AirPlay 2: How it Works and Everything You Need to Know

In 2010, Apple unveiled AirPlay, a new feature for iOS and Mac devices that allowed them to beam content to Apple TVs wirelessly. This feature quickly expanded to third-party speakers, and eventually, AirPlay became the standard in wireless content sharing.

As AirPlay grew in popularity, it inspired some competitors, most notably the Chromecast. To successfully compete with Apple’s wireless beaming service, Google unveiled a $35 dongle that allowed users on both Android and iOS to wirelessly stream content in supported apps.

Now, close to a decade later, Apple has unveiled ‘AirPlay 2’, the first notable improvement to the AirPlay protocol since its inception. 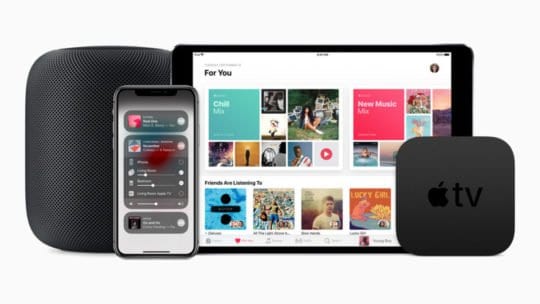 AirPlay is a wireless streaming protocol that can be enacted by iOS, macOS, watchOS, and tvOS devices, that allow them to stream content to an AirPlay endpoint. Whenever you see the AirPlay icon in an app, it indicates that there are AirPlay endpoints available on your network that can be wirelessly connected. These endpoints can handle simple things like streaming music, to more complicated tasks like mirroring your Mac’s display.

The most notable addition in AirPlay 2 is support for multiple connections. This means that any device that supports AirPlay 2 can send audio content to multiple endpoints at a time. This is not limited to one type of speaker, which means that if you have a HomePod in one room and an AirPlay-compatible Sonos in the others, you can stream to both of them at the same time.

Where AirPlay 2 really shines is in latency. In most cases and our testing, there is no noticeable lag between multiple speakers over the protocol, even if they are from two different manufacturers. It’s important to note that there is no definite limit to AirPlay connectable speakers, meaning you could have a dozen speakers playing the same content via your phone.

AirPlay 2 speakers are all automatically compatible with the Home app, and you’ll be asked to assign which room they are in your house. By doing this, you can AirPlay to a group of speakers with one button, or even say “Hey Siri, play The Beatles in the living room.”. 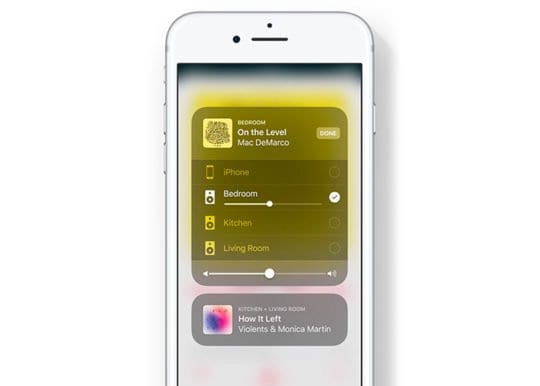 What you need to use AirPlay 2

To use AirPlay 2, you will need both an AirPlay 2 compatible iOS device and endpoint. For starters, you’ll need one of the following:

These are all the supported devices you can begin a stream from. Here’s a partial list of devices that can receive AirPlay content, or ‘endpoints’ (For a complete list, read here):

How to use AirPlay 2 from iOS

If it’s audio content, feel free to choose multiple devices, and it plays on all selected devices.

Create Rooms With The Home App

Using the Home App, you can create ‘Rooms’ to play content in your home. Once you have a room, it becomes available in the AirPlay menu for easy streaming to all devices.

Or Use Siri With AirPlay 2

AirPlay 2 also allows you to use Siri to activate streaming. Just say something natural like “Hey Siri, shuffle my music on HomePod,” and Siri takes care of the rest.

How to use AirPlay 2 from a Mac or PC 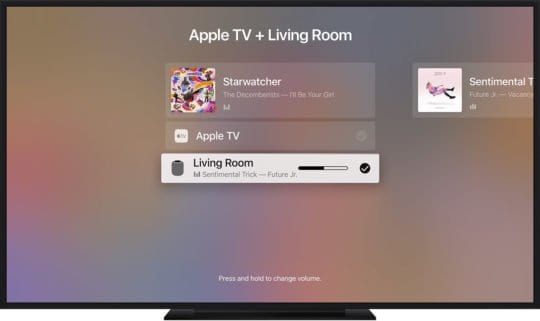 How to use AirPlay 2 from an Apple TV

Not only can the Apple TV receive all AirPlay compatible content, but it can also be a start point for audio. This is especially useful in situations where you want to use the HomePod in your living room for additional audio exposure.