You are here: Home / How-to / Apple Watch Mic Not Working? After Swim?

So I just ran into the bug Apple Watch mic not working, and I’m not at all happy.  One of the biggest reasons I purchased my Apple Watch Series 4 (or for others, any Series 2 and above) is its water-resistant design.

Living close to the water means that I want to swim with my watch on and record all my aquatic workouts from laps, open water swimming and to even a bit of surfing using its swim workout tracking. And I love, love, love that with watchOS it actually shows you a breakdown of each stroke style–so cool!

And it now detects when you’re resting so now more manually pausing your swim workouts–awesome! Apple watches even calculate your swim’s splits and sets.

But a few days ago, after getting out of the pool from my Tuesday swim, when I tried to use Siri, there was no voice recognition. And I realized my Apple Watch’s microphone stopped working. Oh no!

Immediately, I swiped up on the bottom of the watch face, opened Control Center, and tapped Water Lock to clear out water manually.  No luck.

So, in desperation, I charged it overnight, letting it dry. And hoped against hope that this microphone issue was just a temporary glitch in an otherwise glorious watch.

But no go.  The next morning, my Apple Watch mic still wasn’t working. So I tried to dry the darn thing with a cloth and still nothing.  Oh, what’s a girl to do?

Is Your Apple Watch Mic Not Working After a Swim, Splash, or Workout?

Okay, so I quickly learn that I am not alone.

Quite a few iFolk out there experience this exact same issue.

For some, their Apple Watch microphones stop working after a long day in and out of the water.  But others report that just splashing around in water no deeper than their waist cause the mic to malfunction.  Most have similar symptoms–no Siri. 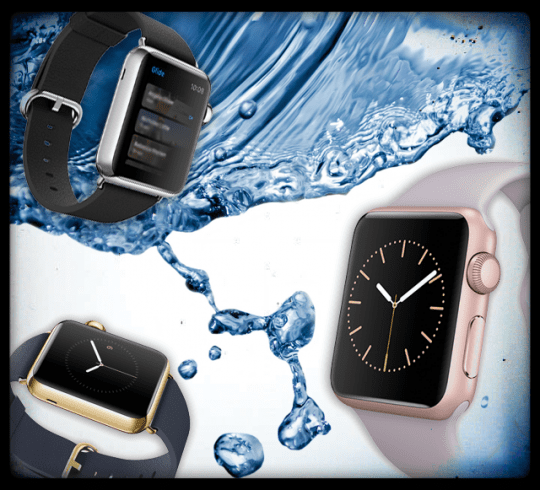 Other readers experience their microphones suddenly not working after very sweaty workouts (Hot Yoga) or simply rinsing their hands after working out.  So what gives?

This thing is supposed to be water resistant!

When Apple introduced Apple Watch Series 2, the biggest highlight was how flawlessly it worked in water, tracking all our swim workouts with its sophisticated accelerometer.

Take note that Apple Watch Series 1 and Apple Watch (1st generation) aren’t suitable for swimming at all, so if you use an early model Apple Watch–just don’t!

The Watch Series 2+ is supposed to resistant to water up to 50 meters deep–in fresh or salt water (water resistance rating of 50 meters under ISO standard 22810:2010.)

A multitude of gaskets and waterproof adhesives give the watch this Water Lock. 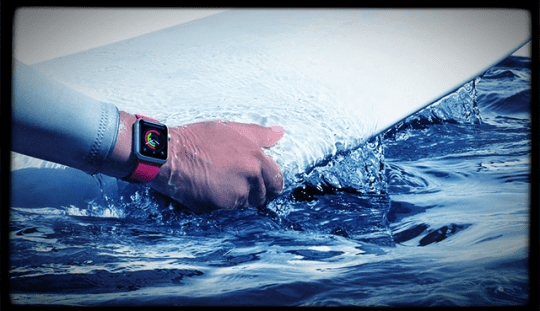 Looking closely at the fine print, Apple actually veers away from the 50-meter claim.

Instead, they clarify that the both Apple Watch Series 2+

Even with this additional disclaimer, the activities I do and most others reporting problems are in shallow depths.

The very first thing to try is to use the Digital Crown to unlock and eject water via haptics and vibrations to expel any remaining water.

This is meant for removing water from the speaker but what the heck, it’s worth a try.

Tough tempting, do not insert anything into your Apple Watch’s microphone port or shake your watch to remove any remaining water!

Apple also warns us that compressed air, ultrasonic cleaning, and external heat sources potentially cause damage and shouldn’t be used with your Apple Watch.

Go Old School With A Towel and Down Time

When something isn’t working right, Apple always suggests a restart of the offending device.

So try restarting Your Apple Watch and its paired iPhone

If you can’t turn off Apple Watch or if the problem continues, try a forced restart. 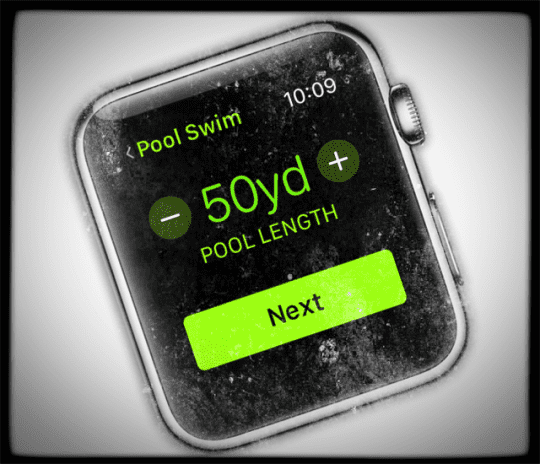 Digital Crown Stuck or Not Moving?

If your Watch’s digital crown isn’t moving and consequently you are unable to clear any water from the speaker (and maybe elsewhere), try the following.

Apple also warns that for all Watch Series that its water resistance can diminish over time.

And unfortunately, there is no way to check before a problem occurs.

To keep your Apple Watch in tip-top shape, make sure you avoid anything that inhibits its water resistance.

These may affect the water resistance of your Apple Watch. Try to avoid these

If nothing worked, it’s time to visit an Apple Store or call Apple Support.  Hopefully, you purchased Apple Care, or your Watch is under warranty.  Apple is replacing watches that demonstrate this problem and are under warranty.

If your Watch is out of coverage, one reader did have success using can air.  However, Apple advises us NOT to use compressed air to clean any Apple Watch.

So perform this at your own discretion and peril!

This particular iFolk took a can of compressed air and shot it very gently into the openings on the side of his Apple Watch.

He noticed that it cleared debris from the openings. And indeed his microphone started working again. Again, this is NOT RECOMMENDED by Apple. 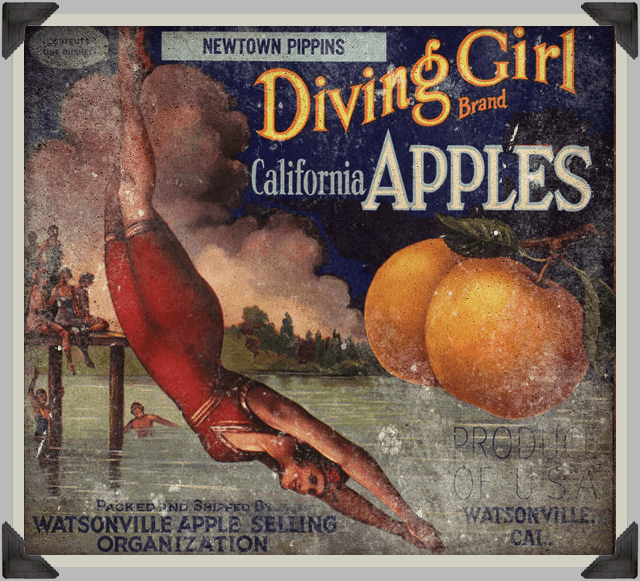 My story ends at my neighborhood Apple Store and an appointment with a local Genius. Given that I live in Southern California, I wasn’t the first person to walk in with this particular problem.

Though not common, it’s also not rare especially for avid swimmers, surfers, and diving girls and guys.

So if your issue persists, I suggest that you contact Apple Support to run diagnostics or visit with your local Apple Store’s Genius Bar. That’s what they are there for.

Boy am I glad I purchased Apple Care!

A replacement is on the way, in a matter of days.  Given that this water resistance is new tech, I opted for Apple Care since I realized that my weekly swims might just cause problems.

Hopefully, you solved your problems with the tips above, if not visit or schedule a call with Apple Support.  My understanding is that even if you are out of warranty, Apple might just hook you up or offer a discount on a replacement.