Terminal is a built-in tool for macOS, but not all Mac users are aware of its usefulness. It is a powerful command-line interface and can be used to do a lot of things on your Mac device without stress. With Terminal, all you have to do is simply input a command to get the desired output on your Mac.

Setting up Terminal Commands on Mac

Before you can start using Terminal commands, you need to first locate the command prompt on your Mac device. Locate the prompt by taking the following steps: 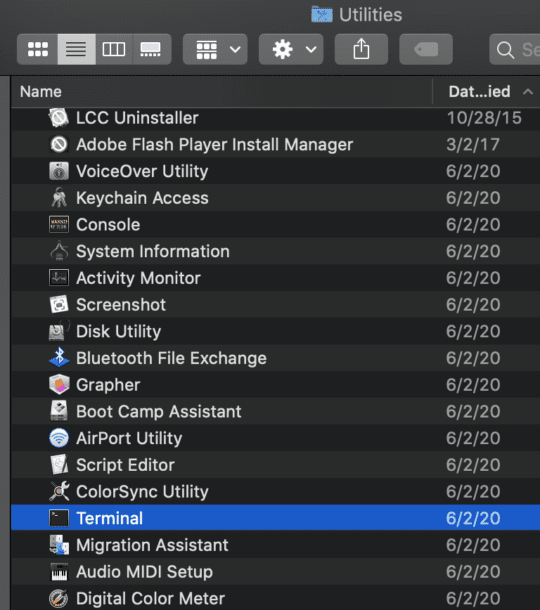 Mac users who do know about the built-in feature are occasionally hesitant to use Terminal. Any typo in your command could cause damage to your macOS. As long as you are careful and double-check your work, however, you should have no problem.

Here are some basic Terminal commands that you can use on your Mac device.

Ping is one of the most useful Terminal commands with which every Mac user should be familiar. This command will help you check the server response speed of domains and IP addresses. To perform this command, type into the command terminal ping [insert URL or IP address].

Keep Your Mac From Falling Asleep

Many Mac users do not know that there is a command you can use to keep your Mac awake or “caffeinated” for a certain amount of time before it goes into sleep or screensaver. To set this command type caffeinate –t 200000 into the command terminal. The command means that your Mac will stay awake for 200,000 seconds.

Sometimes you might be looking for a file that is hidden on your Mac. You can use the following command to find their location on your system. To show all hidden files on your Mac device, type as follows: defaults Write com.apple.finder AppleShowAllFiles –bool TRUE. Directly underneath, type killall Finder.

This command will bring out all hidden files on your Mac and allow you to either edit or delete them. You can also decide to hide these files again by simply replacing the TRUE with FALSE.

Duplicate Files Between Folders on Your Mac

Note: if you have folders in different locations with the same name, you have to include -v after Ditto to be able to achieve the right result.

Your Mac device is customarily configured to check for macOS updates on a weekly basis, but a simple Terminal command can change this setting: defaults write com.apple.softwareUpdate ScheduleFrequency –int 1. Change the integer (the number seen in the command) to any number of your choice. The number represents the number of days that your device will wait before checking for updates.

You can return to the default weekly check for updates with defaults write com.apple.softwareUpdate ScheduleFrequency –int 7. With this, you can be notified of your app updates or macOS updates more frequently.

Normally, when you take screenshots on your Mac device, you will notice that it usually adds a drop shadow. These shadows can lower the quality of your screenshots. You might want to turn off these shadows by using the Terminal command defaults write com.apple.screencapture disable-shadow –bool TRUE. Underneath what you just typed, include Killall SystemUIServer. After entering this command, there should be no drop shadows added to your screenshots again.